ABOVE: Somebody tells this DIY dad about TikTok!

BELOW: Keep reading for Daytime Emmy nipples, new Gaga, the 5G conspiracy theory, a look back at Paul Lynde and much, much more ... 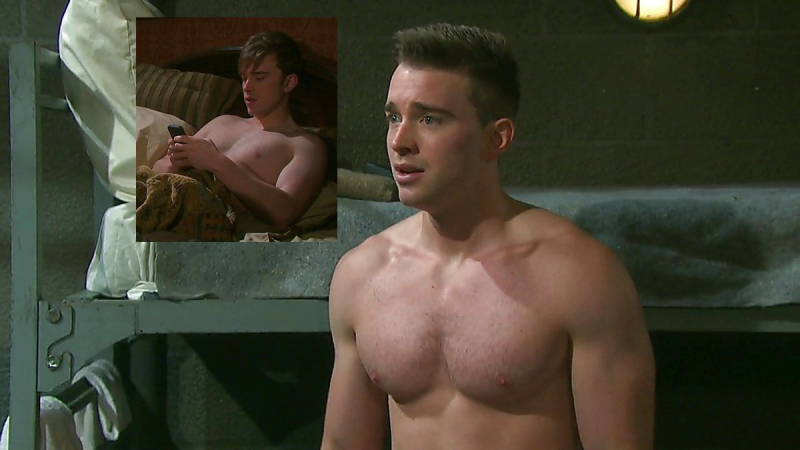 TOWLEROAD: San Francisco's oldest gay bar, The Stud, is “not dead” after all. Life begins at 56!

JOE.MY.GOD.: A poll suggests 44% of Republicans think Bill Gates is plotting to use a potential COVID-19 vaccine to monitor them via microchips.

NYP: Tara Reade has been dumped by her lawyer, and she has been exposed as having lied about possessing a degree from Antioch University. The lie has led to a number of sexual assault cases being re-examined because they used Reade for expert testimony.

TELEGRAPH: Biden continues to dominate in polls five months out. Gotta keep the pedal to the metal. Anything can happen.

A Bewitch-ing presence (GIF via GIPHY)

EW: Everything you ever wanted to ask about the late Paul Lynde, but were afraid to know. P.S. If you're still looking for more info, and entertainment, I liked Center Square: The Paul Lynde Story. There is also Paul Lynde: A Biography. A friend of mine owns a painting that was once on display in Lynde's dining room, and it's something I've wanted to buy forever. Someday.

OMG.BLOG!: An 11-minute doc on the absolute lunacy of those who are freaked out about 5G.

EXTRATV: Nick Cordero took a turn for the worse, but is now doing somewhat better. He has to have endured one of the worst COVID-19 experiences that hasn't ended in death. 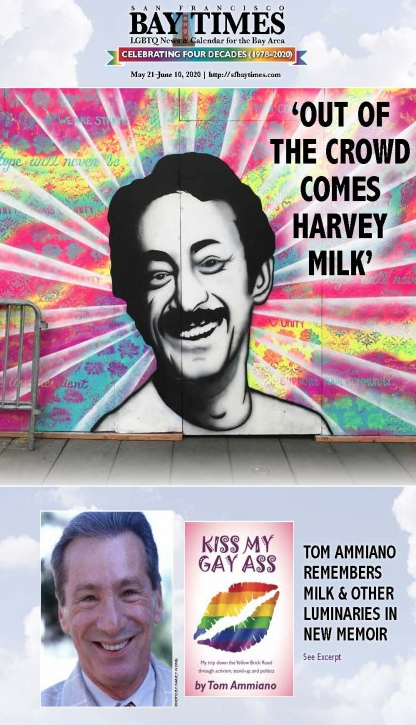 Mr. Ammiano invites you to kiss his gay ass. (Image via 48hills)

KENNETH IN THE (212): The gay mag covers of the week include a story on memoirist Tom Ammiano, a former state assemblyman and San Francisco state supervisor. His book is described as a tell-all, but may also be somewhat of a tell-off, since it's called Kiss My Gay Ass.

ET CANADA: A drone photographed Catherine O'Hara in her backyard for her Vanity Fair interview.

TRUE CRIME DAILY: Adult son who allegedly stabbed his 72-year-old dad to death live on Zoom alleges he was raped with a gun. 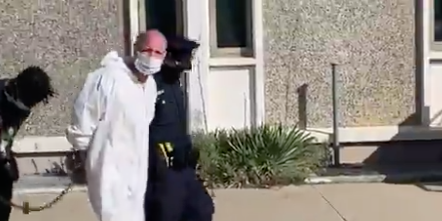