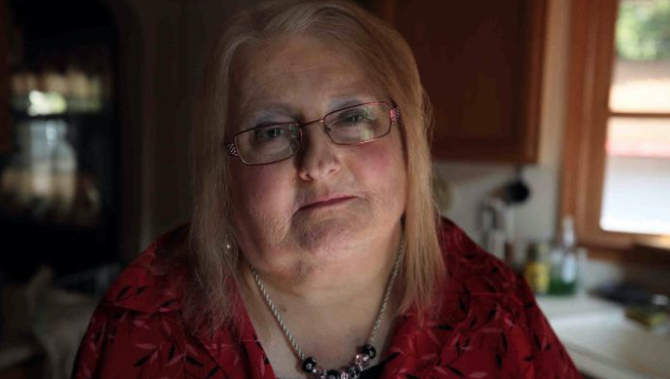 Stephens, as seen in a GoFundMe portrait (Image via GoFundMe)

Aimee Stephens — the trans woman whose civil rights case was heard on October 8, 2019, by the U.S. Supreme Court, which is expected to decide on it imminently — has died. She was 59.

NBC reports Stephens died after being placed in at-home hospice care, and was surrounded by her family, including her wife Donna, at the time of her death Tuesday.

John Pedit, who had organized a fundraiser to benefit the Stephens family, wrote today:

Hi, Aimee passed away this morning just before noon. She passed peacefully with family at her side. Aimee and our family want to think everyone for their support. Your kind and supportive comments were shared with Aimee. Again. Thank you so much. John

So far, just over $23,000 has been raised to help cover her end-of-life costs, an essential bit of fundraising for a person who'd argued she lost several years' work due to discrimination.

Aimee's story is probably much more common than people realize, or, sadly, care about. She came out as trans at work in 2013 and was promptly fired. She sued her employer, R.G. & G.R. Harris Funeral Home, and her case was blended into the LGBTQ employment-rights case that the Court heard.

Aimee's wife said in a statement:

Aimee is an inspiration. She has given so many hope for the future of equality for LGBTQ people in our country, and she has rewritten history. The outpouring of love and support is our strength and inspiration now.

Rest in peace to a true warrior for equality.