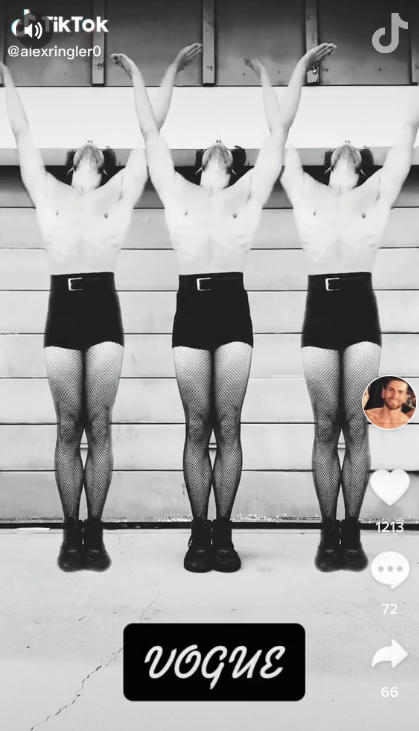 Watch his tribute to the song HERE! (Image via TikTok)

Today, May 19, marks the 30th anniversary of the first of three weeks that Madonna's “Vogue” spent at #1 on the Billboard Hot 100 ... back when going to #1 meant something. (Sorry, Billboard.)

Frighteningly enough, today is also the 25th anniversary of the MTV premiere of her “Human Nature” video. I say it's frightening because just think — only five years separated those very different songs and eras. It's like pop cultural years were decades back then.

I personally have never loved “Human Nature” as much as Madonna clearly does, but that video is flawless.