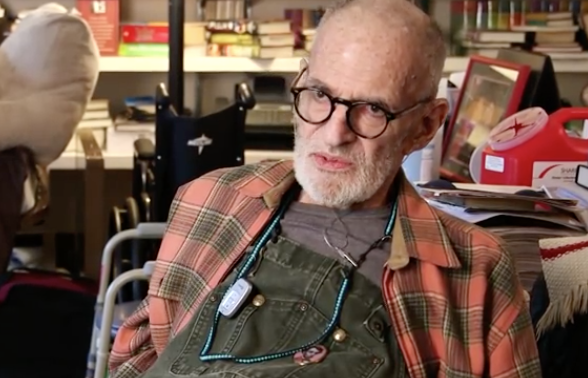 Following many years of ill health, Larry Kramer, the nation's most iconic AIDS activist — and rattler of cages — died of pneumonia Wednesday at 84.

Mr. Kramer's husband, David Webster, reported that the cause was pneumonia. Kramer was a long-term survivor of HIV and also underwent a liver transplant in 2001, which he — of course — wrote about.

Kramer was born on June 25, 1935, in Bridgeport, Connecticut, and grew up in Maryland. Gay from a young age, he attended Yale, where he attempted suicide. That life-changing event would inform his rage against homophobia going forward.

Freshly graduated, he worked at Columbia Pictures, first in the Teletype department and then as a story editor. He was credited with dialogue for the teen flick Here We Go Round the Mulberry Bush (1968), then adapted D.H. Lawrence's Women in Love (1969) for the screen. It was an acclaimed production that netted him an Oscar nomination, but his follow-up — a hokey musical take on the 1937 classic Lost Horizon (1973) — earned him infinitely more money, yet was a colossal bomb. He rarely wrote for the screen thereafter. 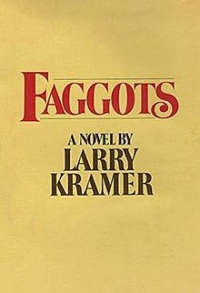 was the gay-themed Sissies' Scrapbook aka Four Friends (1973), but, disappointed by the highs and lows of the theater, he turned to writing his first novel. Upset after ending a relationship with the man he would marry decades later, Kramer crafted an acidic novel, Faggots (1978), which was an incendiary hit. A brutally frank and witheringly critical look at gay life, it turned off both mainstream critics and gay readers, the latter of whom had by then decided Mart Crowley's considerably less caustic play The Boys in the Band of just 10 years prior was already too negative for their taste. But it sold, sold, sold.

By 1980, Kramer, who was disinclined to be politically active, was living and loving on Fire Island, where he noticed acquaintances becoming sick, some even dying. The onslaught of the AIDS epidemic — and, later, in 1988, his own diagnosis — radicalized Kramer, who took it upon himself to hold meetings about the emerging health crisis. The meetings led to the 1982 formation of the Gay Men's Health Crisis, which would become one of the leading groups to tackle AIDS head-on.

When Kramer disagreed with his own group's members, preferring to fight for city recognition and funding rather than simply focus on caring for the sick, he wrote a controversial 1983 essay in The New York Native condemning the health care establishment, the government and Mayor Ed Koch (a closeted gay man), and telling gay men they needed to curtail their sex lives to combat AIDS. 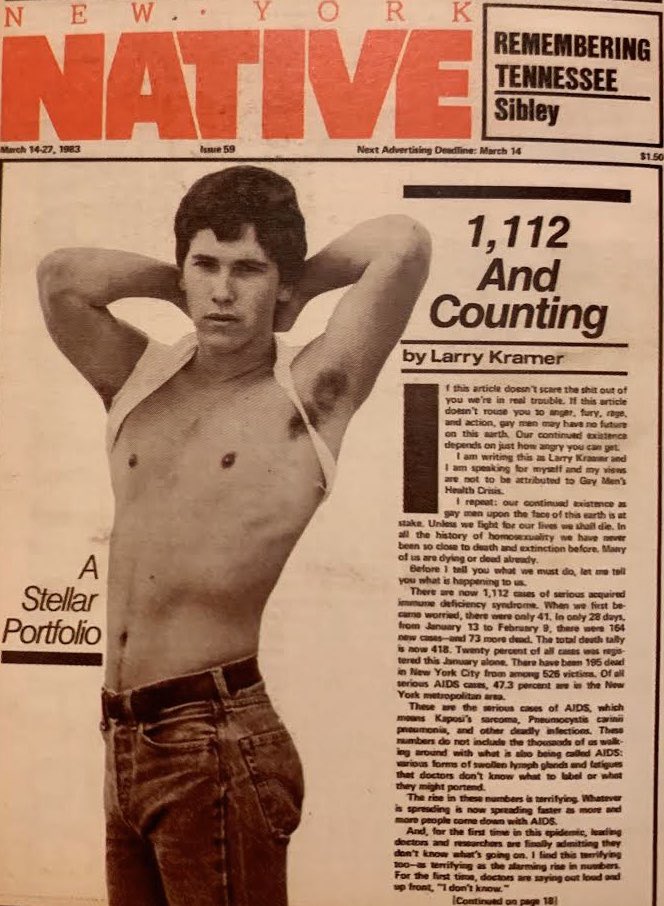 A numbers game (Image via The New York Native)

Kramer was already known as a gay traitor, so some of his tactics were brushed aside. When he threw a drink in the face of gay Republican fundraiser Terry Dolan, it was considered shocking. Playwright Robert Chesley wrote that Kramer was a self-loathing alarmist.

Both men died of AIDS.

Though his activism turned many off, he still had his writing as a tool of persuasion, and in 1985 his play The Normal Heart captured the humanity of the AIDS crisis very early on, and to great acclaim. It also fictionalized his relationship with his lawyer brother Arthur Kramer, who butted heads with Kramer many times over activism, but who wound up his biggest backer, emotionally and financially.

Kramer lived to see a fine film version of The Normal Heart — adapted himself for the screen, his last screen credit — produced in 2014 for HBO. He wrote a sequel, The Destiny of Me, that was a success off-Broadway in 1992.

Kramer in 1987 was there at the genesis of ACT UP (the AIDS Coalition to Unleash Power), which wielded great power as it sought to scare and shame the forces conspiring to brush AIDS under the rug.

As much as he loathed Republicans, he could take on Democrats, too, as he did here with Bill Clinton:

He also attacked The New York Times when he felt the ostensibly liberal publication deserved it, so it's something that the paper of record included prominently in his obituary the thought that he somehow undermined himself by being too abrasive:

Yours, undermined and ours ... (Image via NYT)

Kramer continued to be a loud voice on gay issues, often running afoul of the powers that be — and of other queer people, who objected to what they felt were some of his more dated arguments.

On April 2 of this year, Kramer posted to Facebook a seething critique of Jordan Roth, the powerful theater scion, for his inaction:

Many of us know some one person who is important (and probably a Republican). How can you shame him into action? I’ll give you an example. Jordan Roth, who owns Jujamcyn Theaters, is a friend of mine. Every actor in New York is beholden to him. His father Steven Roth is one of the richest men in the world. He is in business with Donald Trump. They own buildings together. I have tried to shame Jordan into action. “Take off all those dresses you seem to wear, get a haircut, and be a man and beg your father to help us,” I wrote to him. That’s the kind of tactic I’m thinking about. We did stuff like this all the time in ACT UP and it worked. We got the drugs. Go after the important person you name and shame him. Don’t be nice about it. Shame is a powerful tool to use.

In-between screeds, Kramer also wrote the plays A Minor Dark Age (1973), Just Say No, A Play About a Farce (1988) and The Furniture of Home (1989), and along with Faggots published the massive novels The American People Volume 1: Search for My Heart (2015) and this year's The American People Volume 2: The Brutality of Fact (2020). He was also the author of Reports from the Holocaust: The Making of an AIDS Activist (1989; 1994) and The Tragedy of Today's Gays (2005), the latter of which was a searing Bush-era condemnation of LGBTQ inaction.

But it was Kramer's opinions that defined him, his disgust with apathy that fueled him, far more than his creative output.

In 2019, he told Ellen Barkin for Interview:

It’s happening again. People are still dying. And we don’t have any gay leaders. We don’t have a Gloria Steinem or a Bella Abzug.

The title of the piece? “Larry Kramer Is Still the Angriest Gay Man in the World.”

Kramer is survived by his husband of nearly seven years, David Webster, who he'd been with continuously since 1991, and whom he had met and dated in the '70s.

Kramer is being remembered by a wide variety of entertainers and political figures on social media:

He was fierce, he was important, he never backed down. He criticized the homophobes and the community itself. He wouldn't tolerate complacence or "thinking with your d**k". If he made you angry, yeah, well, that's what he did. RIP to a true legend.https://t.co/FeMX6N862f

Don’t know a soul who saw or read The Normal Heart and came away unmoved, unchanged. What an extraordinary writer, what a life.
Thank you, Larry Kramer. pic.twitter.com/M3hA0cNrCU

Reading The Normal Heart as a kid changed my life and I was completely overwhelmed when I first met its author during its 2011 Broadway run. Devastated to learn of Larry Kramer’s passing and holding all his loved ones in my heart. Rest in power. https://t.co/R22u5rRCIq

Larry Kramer saved so many lives by getting mad and holding people accountable. He was brilliant, ferocious, and a hero. One of the great honors of my life has been to know him and spend time with him.

Thank you Larry for saving all of us. https://t.co/jSRx0yze2q

RIP Larry Kramer, a true American hero, an angry prophet, a founder of GMHC and ACT UP, a great playwright and a proud gay man. Known for his completely justified rage, he was also a savior, a husband and someone who made a difference in so many lives pic.twitter.com/05zmQxudkD

Larry Kramer valued every gay life at a time when so many gay men had been rendered incapable of valuing our own lives. He ordered us to love ourselves and each other and to fight for our lives. He was a hero.