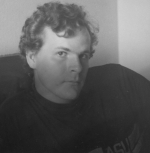 When American mathematician Scott Johnson (pictured, inset) was found dead, his body crumpled at the bottom of an oceanside cliff, in New South Wales, Australia, in 1988, local police decided he had taken his own life.

This conclusion was unacceptable to his family and friends, who never knew him to have suicidal tendencies, and who were suspicious that Johnson — who was gay — had died in an area known to be frequented by gay men.

In 2012, Johnson's family was able to get a second inquest, which recommended a new investigation. By 2017, after a third inquest, a coroner there declared that Johnson had not committed suicide, but rather was the victim of an anti-gay hate crime. Horrifyingly, it was learned that gangs had been hunting in that area in the '80s and '90s, forcing gay men to leap to their deaths. Johnson's case was reopened, and the pot was sweetened with a reward worth about U.S. $1.3M

On Tuesday, May 12, police charged a man with murdering Johnson, who was 27 at the time of his killing. He has not been named officially, but Australian journalists have IDed him as Scott White, 49.

According to The New York Times, Johnson's brother Steve — who has pushed for this case to be re-examined from day one — expressed his joy, saying:

I was in disbelief. Today’s been simply an emotional roller coaster of joy, sadness, relief.

The case will now proceed, so let's hope Scott gets long-overdue justice posthumously.

A haunting footnote: At least 20 of 88 other cases reviewed in the jurisdiction have been linked to anti-gay hate crimes.