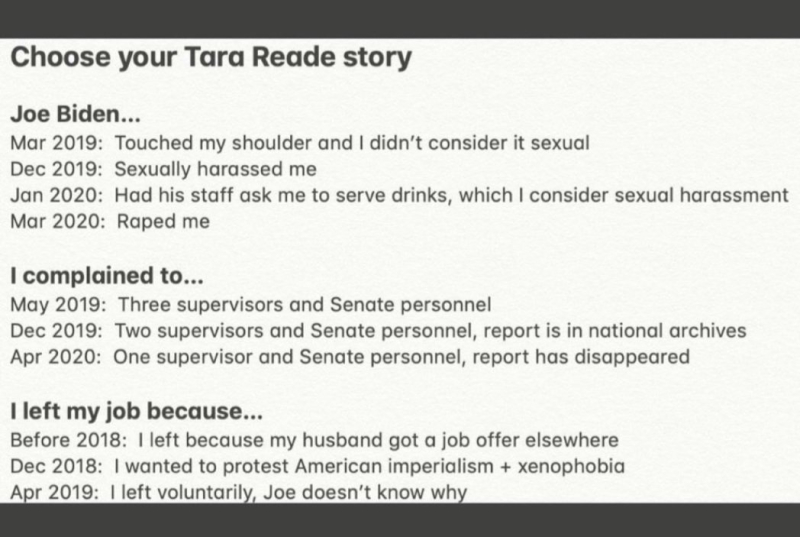 This meme will need updating! (Image via meme)

Now that trying to get Biden to open all his papers — for a fishing expedition — has failed, his accuser, Tara Reade, claims that the report she claims she filed (but of which she didn't keep a copy) wouldn't say anything about sexual harassment or sexual assault anyway.

She had previously emphatically stated that she filed a complaint, but now she thinks it may have been a vague form with a sexual harassment box that was checked or not checked.

I wasn’t scared of him, that he was going to take me in a room or anything. It wasn’t that kind of vibe.

It may be understandable for victims not to state the full details of an assault until later, but less than a year ago, she was going out of her way to deny that assault was even conceivable.

People, this story is not holding together. At all.