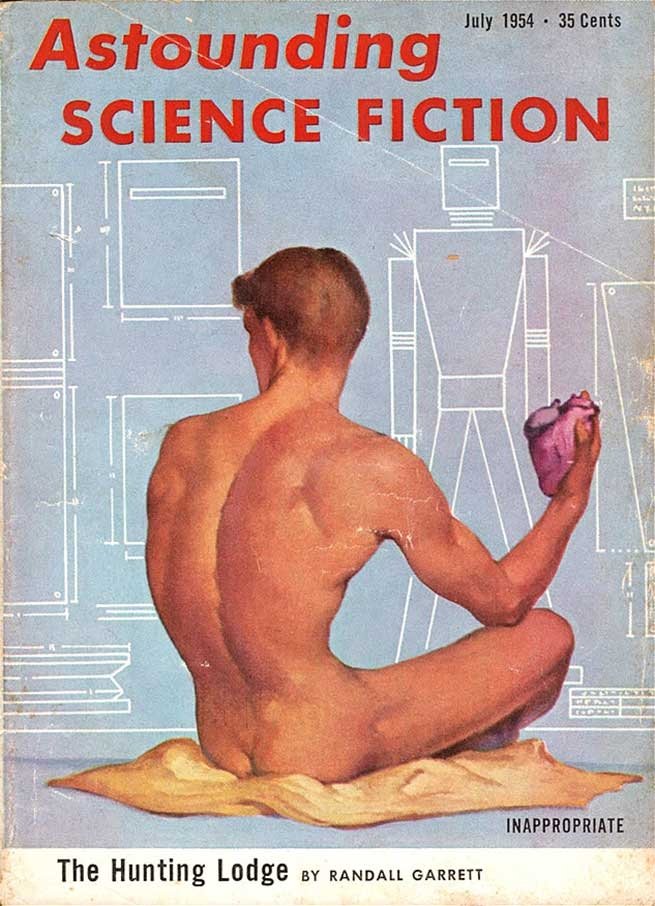 Hot as hell, and that is a science fact! (Image via Astounding Science Fiction) 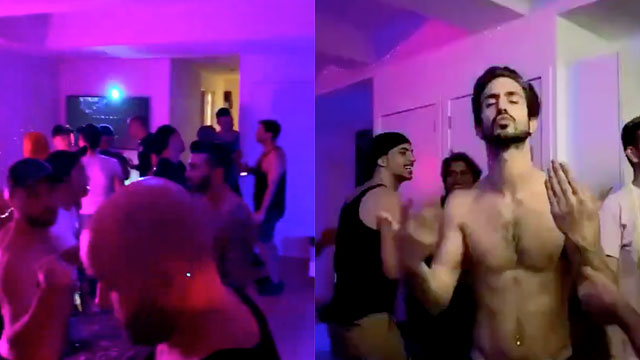 THE RANDY REPORT: Phillip Henry called out some ridiculous gays who threw a corona party Monday (well into Tuesday) in Hell's Kitchen, and then posted braggy videos all over Instagram Stories to broadcast the blatantly unsafe activities. Jesus, is COVID-19 going to be fetishized like HIV by bug-chasing A-holes in K-holes? Maybe!

Imagine not only having the gall to throw an after hours circuit party at your apartment on a Monday night during quarantine but also to play music that is *this* bad...and also document it on social media. Whew, these MINDS!!! pic.twitter.com/JBKO9fGqmq

I actually think this party happened next door to me (building-wise) because I heard really bad music blasting late that night and wondered if it were a party or, I hoped, like one of those cute videos from Italy, of people playing music to help each other cope.

As annoying as the videos are, one of the main instigators, Ian Frost (pictured above) just did a phony article with DNA to show how he has been doing sooooo well in lockdown.

And, because of course, some of the attendees included a New Jersey pharmacist and a guy whose partner is a front-line health worker.

Everyone deleted their accounts after this went, er, viral. 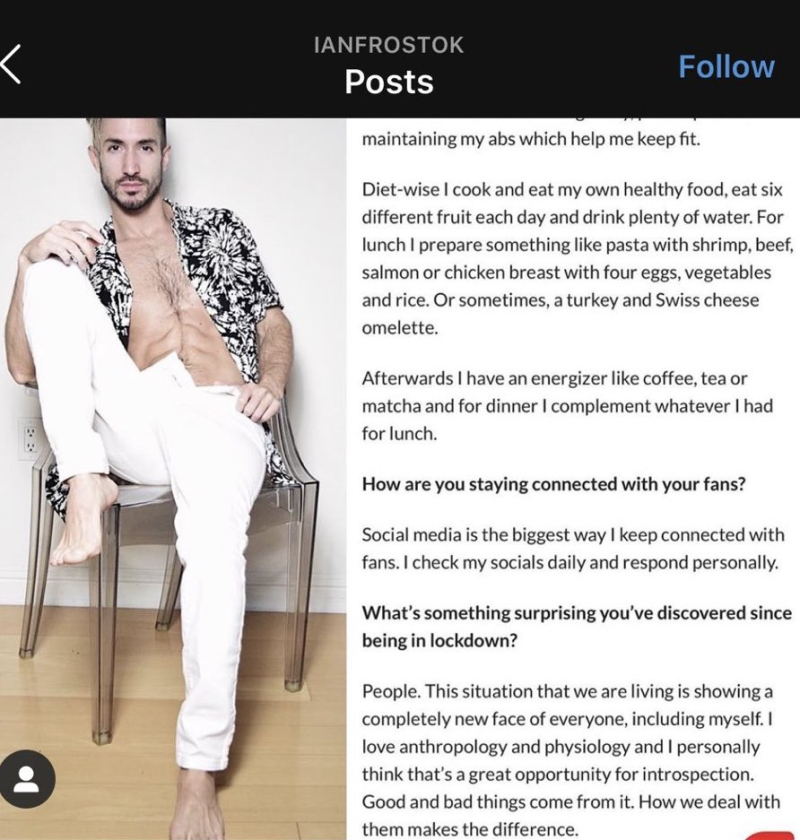 THE HILL: An Ohio Republican refuses to wear a face mask because our faces are the likeness of God. Wondering if this is how he has persuaded chicks to let him go condom-free, too?

NEWSWEEK: Our system is broken when an 80-plus-year-old woman can't have a nonsurgical gallbladder procedure without scaring half the country half to death.

CNN: Chris Christie, who looks like he'd drop dead 10 minutes after COVID-19 met his upper lungs, is blasé about the literally millions of deaths we could be facing if we re-open things cavalierly because, eh, war. 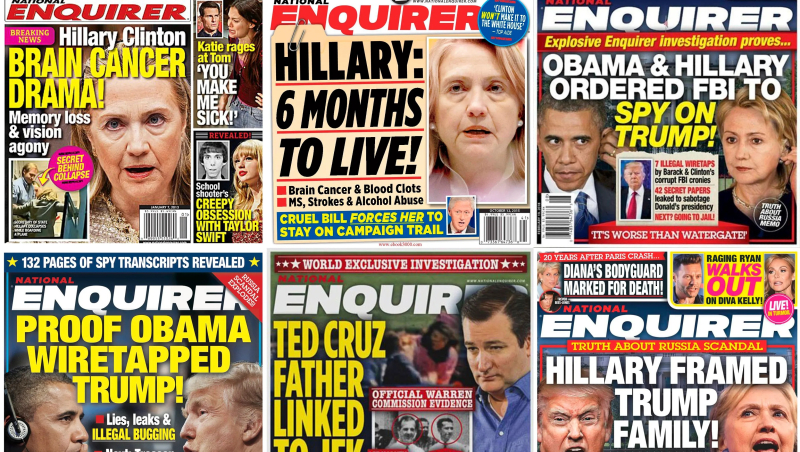 JOE.MY.GOD.: Wow. AMI, the company that sucks Trump's dick on the daily, wants a seven-figure bailout because its magazine empire is flailing. This company should be drummed out of existence, not bailed out. If you lose money selling gossip rags, then LOSE YOUR SHIRTS. 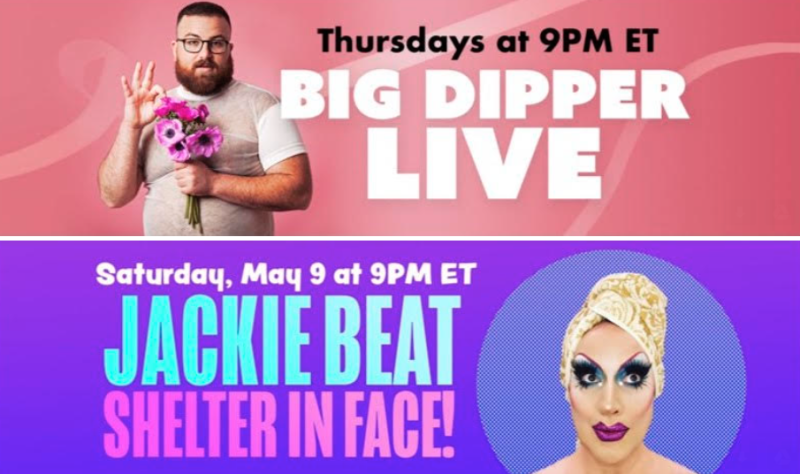 The price is right, the talent is priceless. (Images via GROWLr)

GROWLR: The bear social network, GROWLr, is airing live shows on its app staring May 7 — starting with Big Dipper! On May 9, Jackie Beat will offer her one ... let's go with one-woman ... show. On May 16, it'll be the divine Varla Jean Merman. Shows are freeeeeee.

DEKKOO: If you want a shot at winning $2,500 for a short film and the opportunity to be hired to shoot another short with a $5,000 production budget, Dekkoo is running a new short film contest with the theme of Love and Distance. All you do is create a short film (5 minutes max) with any type of queer story that fits with that theme. Visit the Dekkoo blog for all the details — and good luck! 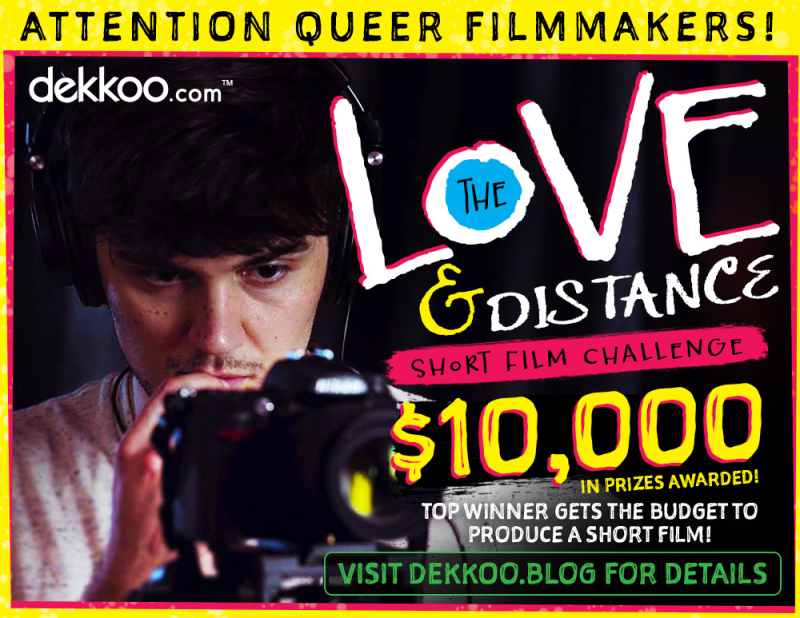 Hope you make it big! By making it small. (Image via Dekkoo)