ABOVE: This quote does not help me.

BELOW: This Domino's worker delivers, gay dads Zoom to adopt, RIP Eddie Haskell (whose performances were always so lovely) and more ... 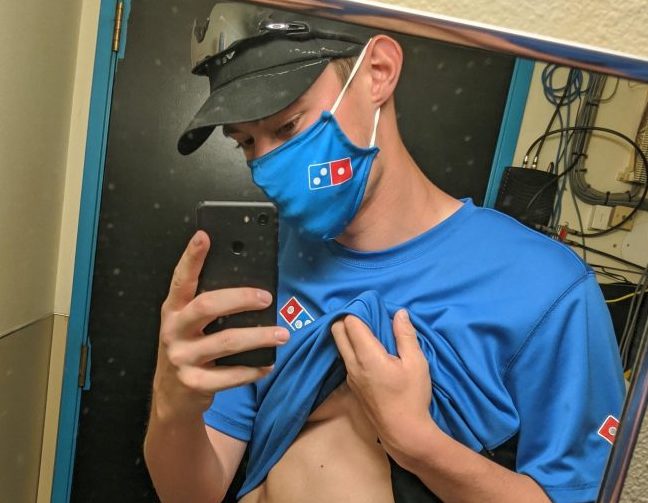 I bet it comes in under 30 minutes. (Image via selfie)

GAY FLESHBOT (VERY WORK UNFRIENDLY): This Domino's employee is probably excellent at toppings. (Pic is only safe for work if you work in a bordello.)

CHICAGO MAROON (FROM MY ALMA MATER!): A sweet piece on The L Word that's about more than The L Word, but also a lot about The L Word. 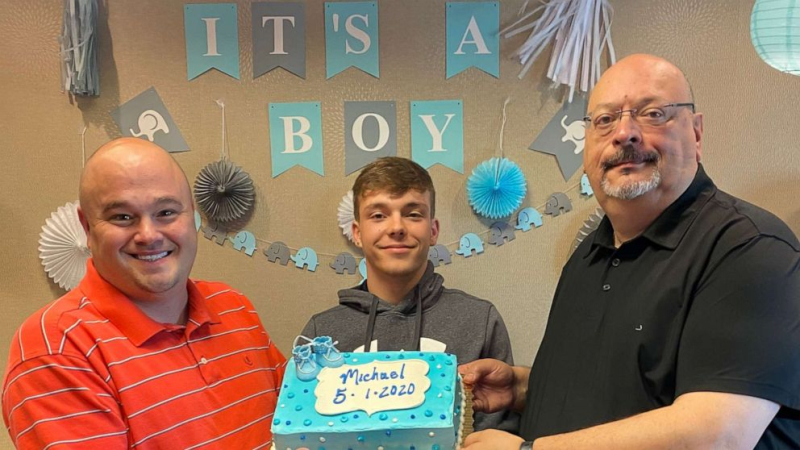 Congrats to the new family! (Image via Beanblossom Family)

ABC NEWS: Gay dads adopt 17-year-old bounced from foster home to foster home for years. And they did it over Zoom.

HUFF POST: Trump's COVID-19 czar holds a $10M stake in the main company we've been hearing is working on the vaccine. SWAMP-WOMP.

FLORIDA TODAY: The woman who designed Florida's COVID-19 dashboard has been booted — and she says it was because she refused to fake data that would favor the state's re-opening efforts. 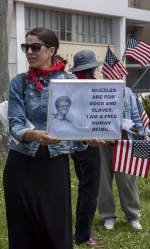 carrying a sign stating that muzzles are for slaves is apologizing for her grave mistake, and claiming she was handed the sign and didn't really contemplate its implications before photos were snapped:

Holding that sign up at the lockdown protest was a grave mistake and I ask forgiveness from all those who I have caused pain. As I had no sign of my own, it was handed to me by another protester and a photographer took the picture before I considered the racist implications. My intent was to take a stand for the freedom of all human persons and I mistakenly held a sign that conveyed the opposite. Please know that I respect the dignity of all people and I sincerely regret any suffering it has caused.

Yeah, well, a grave mistake implies death. In this case, of your employment opportunities. You knew, lady. You knew.

NBC NEWS: Trump is refusing to unveil Obama's official portrait, breaking a tradition. Great loss. The painting of Obama could beat Trump in a debate.

RAW STORY: Norma McCorvey, of Roe v Wade fame, became an anti-abortion activist and Evangelist in later life ... right? Nope. Turns out that she admitted, before she died, the woman-lovin' woman was paid by right-wingers to pretend she had become anti-abortion: