Pride Present: Supreme Court, 6-3, Decides It Is Illegal To Fire People For Being LGBTQ Comments (0) 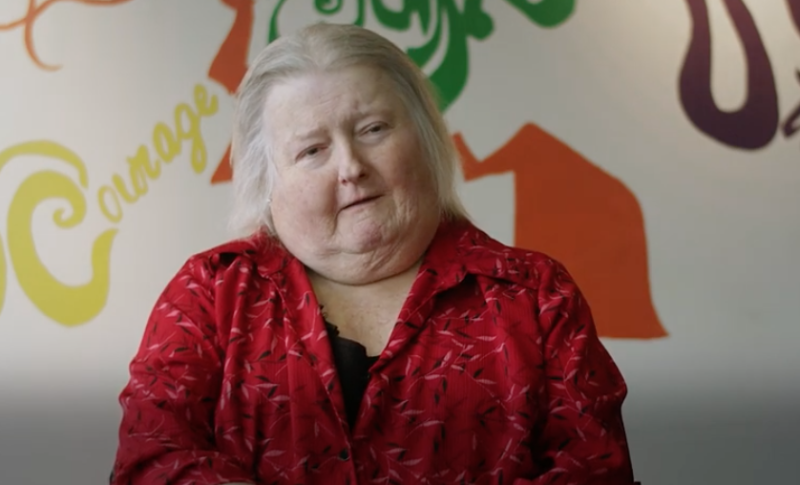 Stephens, who died shortly before the decision was announced. (Image via video still)

Thanks you, Don Zarda. RIP.

It is a landmark ruling, one which found Chief Justice John Roberts and, surprisingly, Justice Neil Gorsuch siding with the four liberal justices. Gorsuch even wrote the opinion, apparently in order to be sure he gets a piece of this for his legacy:

The momentous decision was in response to Altitude Express Inc. v. Zarda (the late Zarda was fired as a skydiving instructor after coming out to a client), Bostock v. Clayton County, Georgia (Bostock was fired for joining a gay softball team) and R.G. & G.R. Harris Funeral Homes Inc. v. Equal Employment Opportunity Commission (the late Stephens was fired after six years upon announcing she would transition).

Finally. Today, the law, justice and fairness are on our side. Our nation’s highest court confirmed what Lambda Legal has argued for years, that discrimination against LGBTQ workers is illegal. We have a long way to go in securing the full and undeniable civil rights of LGBTQ people, especially those in our community who are Black, Indigenous and people of color for whom their sexual orientation or gender identity is only one of many barriers to equal opportunity in this country.  But today’s victory is a necessary step forward on the journey toward equal justice for all without caveats or qualifications. The overwhelming majority of people in the country understand that discrimination is wrong, and so we intend to build on the momentum created by today’s decision to push for the comprehensive federal protections contained in the Equality Act, passed by the House of Representatives more than one year ago. The Equality Act solidifies the workplace protections recognized by the Court today and, critically, it also updates and expands protections in the marketplace and public services not only on the basis of sexual orientation and gender identity, but also on the basis of race, color, sex, national origin and religion in the workplace, the marketplace, and beyond.

Lambda Legal had worked on a strategy for this decision for up to a decade. More here.