ABOVE: Through thick and thick.

BELOW: Keep reading for a Wilton Manors gay with no manners, Melania's Juneteenth campfest, Breonna Taylor's killer fired, a footballer showing it all off and more ... 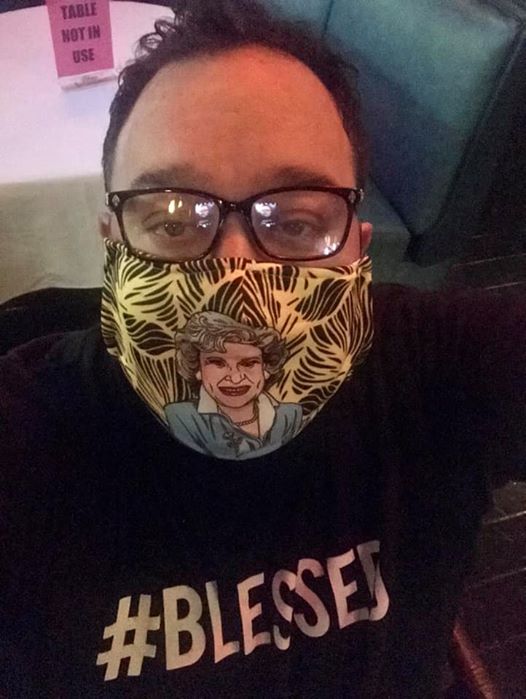 Bouvier showing off how #BLESSED and gay-hip he is in a mask ... that he violently refused to wear to a bar packed with people. (Image via Facebook)

RANDY REPORT: “You don't know who I am!” huffed COVID-19 bait Gary Bouvier, owner of the restaurant Wilton Wings, as he spit into the face of bartender Shane Cullinan. Why? Because a mask was required for entry into The PUB, where Cullinan works, and Bouvier was having none of it. So everyone who lives in Wilton Manors, Florida, and I know a lot of you do, be sure to spread the word that the owner of Wilton Wings thinks it's appropriate to SPIT ON PEOPLE with whom he disagrees. Kinda makes you re-think ordering food from him! (He has apologized, chalking it up to being drunk, but ... it's assault, honey. Don't you know who Shane is?!) Hankison getting canned (Image via LMPD)

COURIER JOURNAL: Officer Brett Hankison of the LMPD is being terminated for terminating Breonna Taylor's life — but only after months, and after the most high-profile campaigning for justice imaginable. 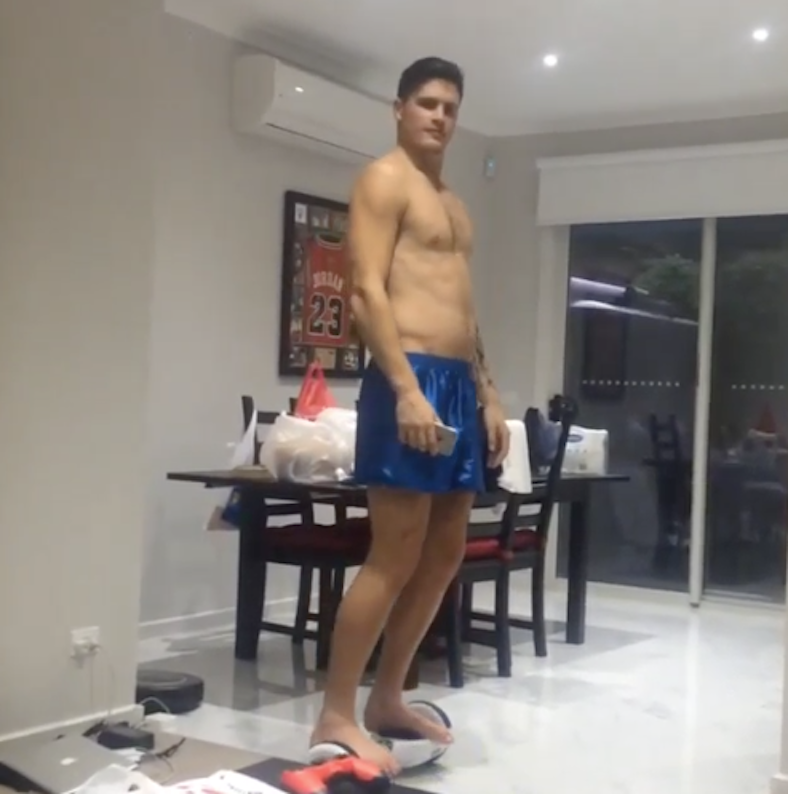 Jack Crisp showed off in silk boxers five years ago. (Image via Instagram)

OMG.BLOG! (WORK UNFRIENDLY): OMG ... pro Aussie footballer gets naked, gets off, gets my vote for future CAM4 star of the week.

INSTAGRAM: Thomas Roberts is taking a webpage out of John Krasinski's playbook with Gay Good News.

My story with ansel elgort. pic.twitter.com/USNOTK15uG

THE WRAP: Ansel Elgort has been accused of sexually assaulting a 17-year-old girl in 2014, when he was 20. (Please don't try to tell me this makes him a pedophile; she was under the age of consent in California, but not in most states, and I don't think a 20-year-old finding a 17-year-old sexually attractive is perverted in any way.) Her account is credible, detailed and comes with an image showing them together. Horrifyingly, she says when she asked to stop intercourse, that she didn't want to do it due to the pain, he said, “We have to break you in.” This is not going to end well for the until-now-charmed actor.

Please enjoy this GIF of Katie Hopkins' Twitter account being suspended. I made it so you don't have to. #katiehopkins pic.twitter.com/Cx6n8vUSHm

HUFF POST UK: Vile, vile, vile racist Katie Hopkins is so bad —HOW BAD IS SHE? — she's so bad she is permanently banned from Twitter.

NYT: Fishy Vichy banned — Brandon Straka, the Walk Away gay who deliberately staged a confrontation with American Airlines over his politically motivated refusal to wear a mask, is now banned by the carrier. This is what all airlines should do. If the NSA can force people to remove their shoes and get body-scanned, I don't see why wearing a mask is such an inconvenience. And if you have carbon dioxide concerns — suck it up.

GR8ERDAYS: RIP Ian Holm, the esteemed star of such films as Alien and two of the Lord of the Rings trilogy, not to mention Harold Pinter's favorite actor and a Tony winner for The Homecoming (1967). He was 88, and his death is being attributed to Parkinson's disease. 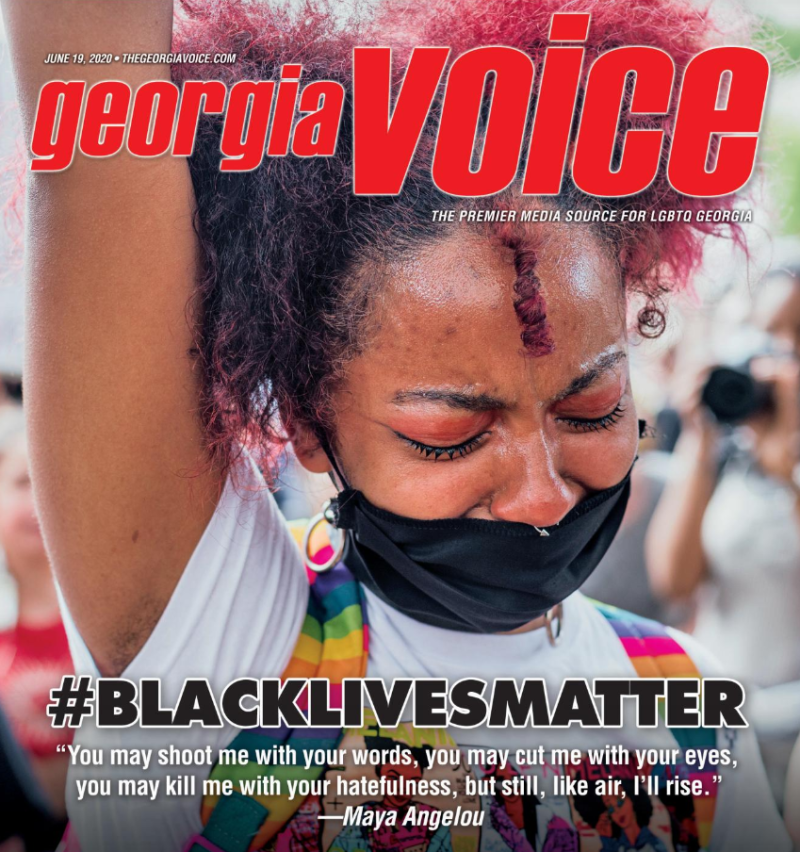 KENNETH IN THE (212): A roundup of the latest gay mags shows how diverse our community truly is — without even tryin'!

Today we celebrate #Juneteenth, the oldest nationally celebrated commemoration of the end of slavery in the U.S. In honor of today, I would like to share the story "All Different Now" by Angela Johnson, which sheds a light on the first Juneteenth through the eyes of a young girl. pic.twitter.com/ZG9zoup4yG

TWITTER: Melania Trump just narrated an absolutely laughable video to commemorate Juneteenth. First, the racist bitch is an unrepentant birther. Second, she talks about slavery in this bizarrely filmed video shot from a distance with her legs prominently on display. Vanity kills, baby.

TWITTER: Just in time for Juneteenth, a note about how Trump is whitewashing the bench with his circuit court judge appointees. 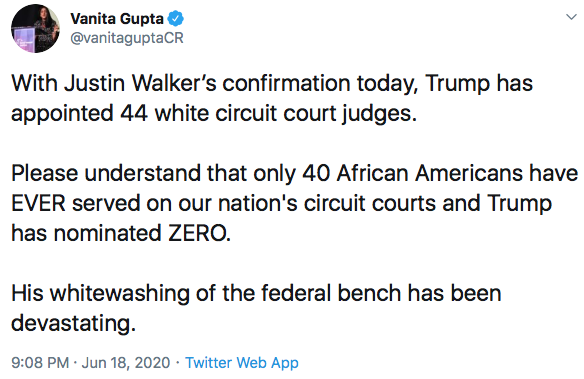