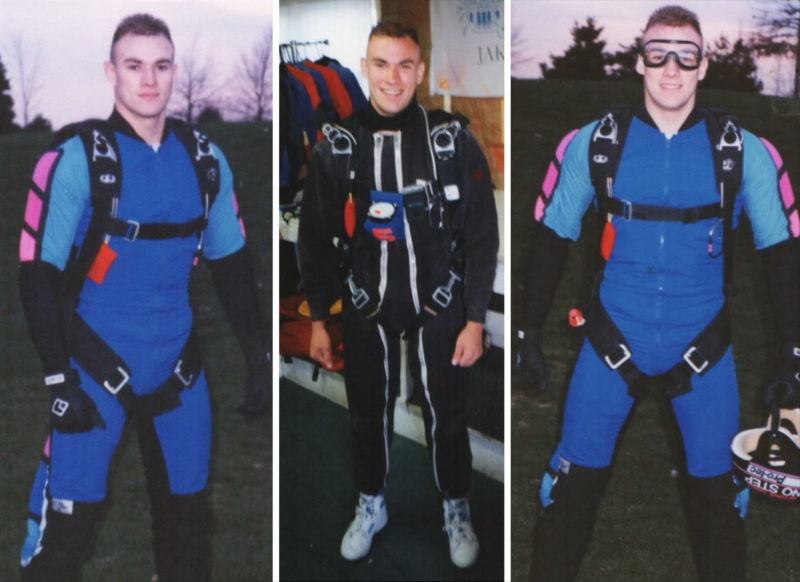 Zarda, as seen in his twenties. (Images via Zarda family)

NEWNOWNEXT: It's an older article, but it beautifully sums up the life and struggle of Don Zarda, who was fired for being gay after his employer initially tried to claim he had inappropriately touched a female client at this skydiving job — when in reality all he'd done was come out to her. He died in a skydiving accident in 2014.

because this is how she would like to be remembered. All the power to the oppressed. #RaiseTheFlagForSarah pic.twitter.com/loe6odG75x

NYT: The terribly sad story of Sarah Hegazi, a gay egyptian who — carried away with Pride during a pop concert — raised an LGBTQ flag like the lead singer of a group she was watching. Her image was captured and she and many others were arrested for inciting debauchery. Several years later, having been tortured and fled her homeland, she took her own life, apologizing for giving up, and forgiving her tormentors.

Trump: “If we stop testing right now, we’d have very few cases, if any.” pic.twitter.com/ipdOf7Yrgi

Heart-wrenching. Oluwatoyin Salau used her voice to fight for the Black community and speak out against injustice. She was only 19 and had her whole life ahead of her.

We must do better to protect Black women and value their lives. #JusticeForToyin https://t.co/WUPb5hpYqT

HOUSTON CHRONICLE: Another Black man found hanging from a tree. Another suicide?

THE HILL: BLM activist Oluwatoyin Salau, 19, has been confirmed to be one of two women found murdered in Tallahassee. Her alleged killer, Aaron Glee Jr., 49, was taken into custody. The body of 75-year-old AARP volunteer Victoria Sims was recovered at the same time Salau's was. Salau's death prompted RIP QUEEN to trend on Twitter.

Salau had tweeted that she'd been sexually assaulted by a man matching Glee's description on the same day she went missing.

JOE.MY.GOD.: Trump threatens Bolton with criminal action if he publishes his tell-all.

POLITICO: Trump says critics are COVID-shaming him about rallies.

NBC NEWS: FDA pulls emergency use of hydroxychloroquine for COVID-19.

NYT: Wednesday at 8 p.m., check out a Zoom performance of At Home with Rebecca Luker. The Broadway singer, a three-time Tony nominee, is battling ALS but can still sing, a marvel.

DESERT AIDS PROJECT: Friday, June 19, at 7 p.m. PT/10 p.m. ET, Scott Nevins is hosting and co-producing Voices of Hope, a show benefiting Desert AIDS Project's triage center. Tickets are FREE, but you gotta register at this link and you can watch it free on Facebook, YouTube and Twitter. Note: You may amplify your viewing with an optional tax-deductible donation or even participate in a non-tax-deductible opportunity drawing.

Look at all those stars! (Image via Desert AIDS Project)