NBC NEWS: Michael Henkel of South Philadelphia took it upon himself to tear down BLM signs. When told, “Black lives matter,” he replied, on video, “Not to me, they don't!” He worked for family court! And got shit-canned. Bye-bye.

TWITTER: You won't believe how terrible this ad for Republican Sen. Cory Gardner (R-Colorado) is:

THE HILL: More Republicans for Biden! 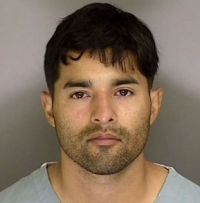 tried to claim that the murder of federal officer David Patrick Underwood and the wounding of his partner were the acts of looters, tying it to BLM protests. Turns out the most likely killer was just arrested — and he is an Air Force sergeant with far-right ties. Staff Sgt. Steven Carrillo (seriously, man, you're a Latino for white supremacy?!) is linked to the anti-government group called boogaloo. Yes, boogaloo. Why? Because they are aiming to cause Civil War 2: Electric Boogaloo. I. Am. Not. Making. That. Up. If you have QAnon and other fringe friends, drop 'em now.

EXTRATV: “I do”-less. Stacey Dash is done with her fourth husband, who she married after knowing him for 10 days. Republicans and the sanctity of marriage and all.

The director screwed Faye by letting this moment in. (GIF via GIPHY)

SCRIPTS GONE WILD: Zoom in to listen to Charles Busch, Del Shores and others reading the unedited script of Mommie Dearest — with unfilmed scenes!

GR8ERDAYS: Barry Manilow is 77 today. Whenever I think of him, I remember reading in this great book Starlust about his fanilows, who in the '70s crafted an audio tape of him making various sounds/saying various words in interviews that created the illusion of him having an orgasm. These were women.

STARS & STRIPES: Vanessa Guillen, 20, has been missing from Fort Hood in Texas since April 22, and the military has provided her family with little to no information. Her family says she had confided in them that a sergeant was sexually harassing her, and that she didn't feel safe. So what happened?

TWITTER: Aunt Jemima is changing its name and mascot — finally.

FACEBOOK: If this were my mother, she would be put away. Immediately.