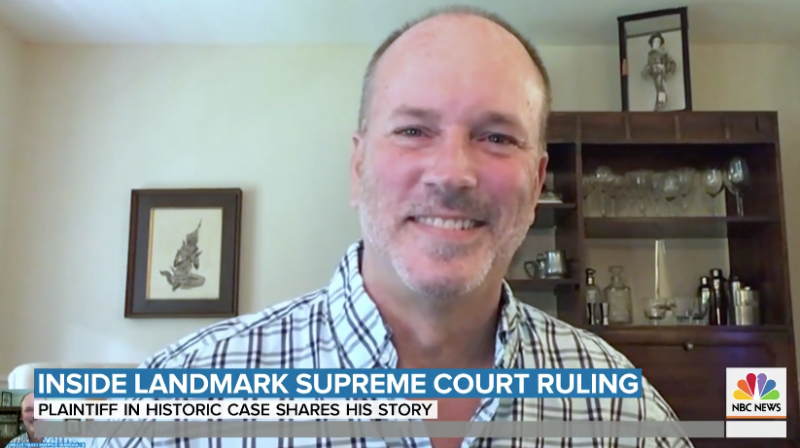 This cocky bitch not only won, he predicted the 6-3 outcome! Love it. (Image via video still)

OUTSPORTS: You've met the late Aimee Stephens and the late Don Zarda, now meet Gerald Bostock, the gay softball player who was a major part of the historic SCOTUS decision yesterday granting LGBTQ people protection from being fired for who we are. Also, Bostock has spoken out on the decision, saying he is “filled with joy and gratitude.” More from him:

GREG IN HOLLYWOOD: How some celebs celeb-rated the SCOTUS ruling!

CEDARS-SINAI: Most kids who are trans know it/show signs of it by age 7.

HUFF POST: The veep is telling Republican governors to lie about the trajectory of COVID-19 by omitting the bad news and stressing any good news, including increased testing. Remember when Obamacare was gonna have death panels? Well, the U.S. elected one.

TOWLEROAD: Houston gay bars Buddy's and Blur Bar are closing because their owner and several patrons have COVID-19. Why the fuck are you guys going to bars? You are begging to get infected, and are eagerly spreading infection. Bars are not essential. Texas is now a major hot spot for the virus because it's run by Republicans and its citizens are not taking COVID-19 seriously, and this bar owner, under the guise of responsibility, is mentioning herd immunity — which isn't even guaranteed to happen. P.S. All the FB comments are, like the bar's owner, positive.

Surely we belong to God and to him shall we return.

It is with tremendous sadness and pain to say goodbye to my father, Nur Omar Mohamed. No words can describe what he meant to me and all who knew and loved him. pic.twitter.com/gb7q0gMXG2

TWITTER: Rep. Ilhan Omar (D-Minnesota) announces the death of her father from COVID-19.

After a thorough investigation by the NYPD’s Manhattan South investigators, it has been determined that there was no criminality by shake shack’s employees.

BUSINESS INSIDER: Rep. Tom Rice (R-South Carolina) refused to wear a mask in the House of Representatives two weeks ago. On June 7, he developed COVID-19, as did his wife and son, and the son got the worst of it.

TWITTER: A report that three NYPD members were “intentionally poisoned” at a Shake Shack was false. Chief Rodney Harrison has announced here was “no criminality” by any Shake Shack employees. However, you can expect cops and cop unions to run with this fake story as long as they can: 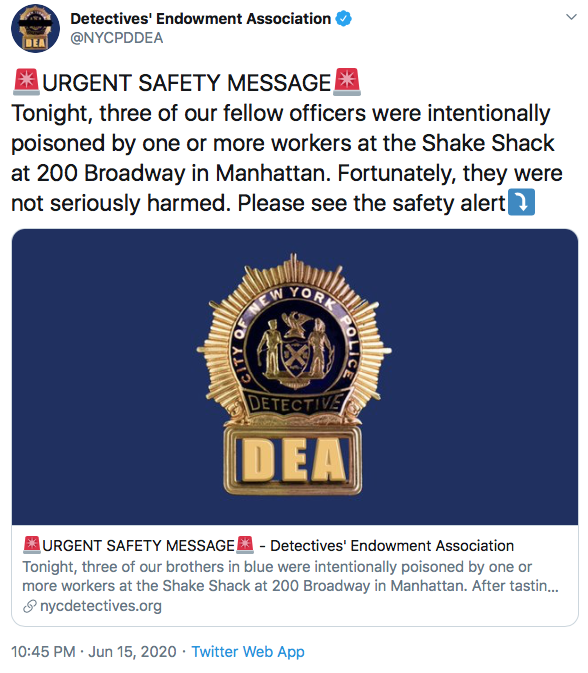 This fake news was left up, even after it was shown to be fake. (Image via Twitter)

THE HILL: In New Mexico, 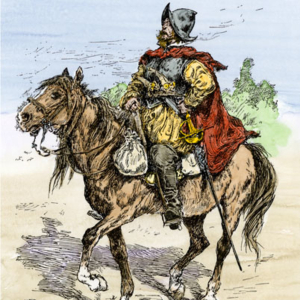 a group attempting to tear down a statue of Spanish conquistador Juan de Oñate was met by a local, armed militia. One of the anti-conquistador group was shot and critically wounded. OVER A STATUE. Oddly enough, a white-supremacist militia is fighting to keep up a statue of a Spaniard. P.S. In case you think this is P.C. run amok, here, from Wikipedia, is what this bastard is known for:

Today Oñate is known for the 1599 Acoma Massacre. Following a dispute that led to the death of thirteen Spaniards at the hands of the Ácoma, including Oñate's nephew, Juan de Zaldívar, Oñate ordered a brutal retaliation against Acoma Pueblo. The Pueblo was destroyed.[2] Around 800–1000 Ácoma were killed.[3]

Of the 500 or so survivors, at a trial at Ohkay Owingeh, Oñate sentenced most to twenty years of forced "personal servitude" and additionally mandated that all men over the age of twenty-five have a foot cut off.[3] He was eventually banished from New Mexico and exiled from Mexico City for five years, convicted by the Spanish government of using "excessive force" against the Acoma people.

The statue was pulled down by officials following the melee.

OMG.BLOG!: Beyoncé has written a passionate letter in support of justice for Breonna Taylor. 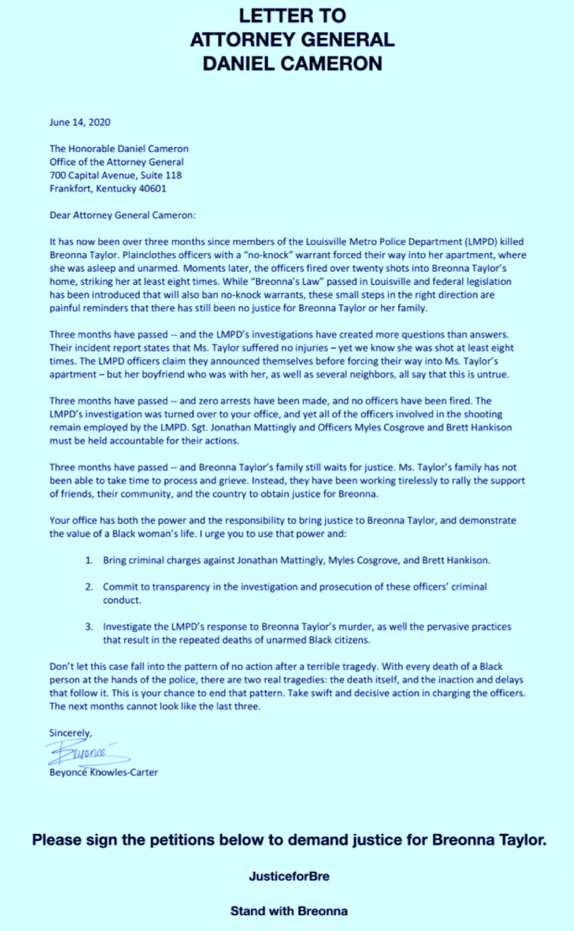 Don't let this miscarriage of justice stand. (Image via Beyoncé)

GR8ERDAYS (FOLLOWS APPRECIATED): Laurie Metcalf is 65 today. She stood out even in her very first movie, 1985's Desperately Seeking Susan, in which she uttered this classic line: