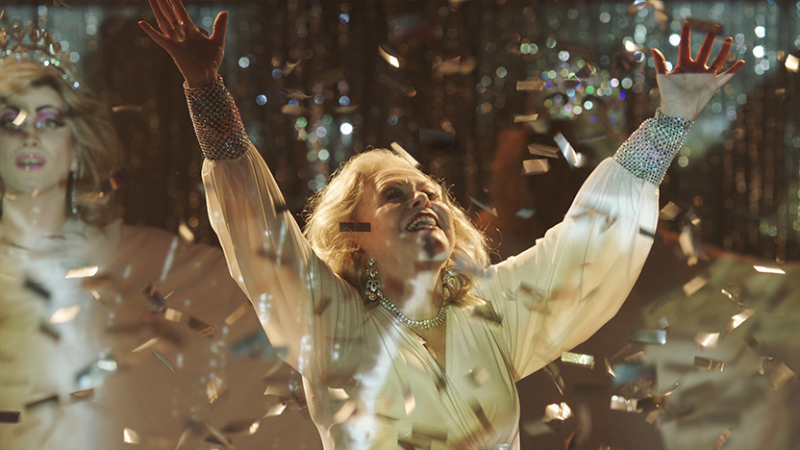 She's the boss. (Image via Momentum)

Thom Fitzgerald's Stage Mother is a comedy that explores the links between Southern Baptist choral realness and drag — and it features Jacki Weaver, Lucy Liu and Adrien Grenier.

Interesting that he also directed The Hanging Garden (1997) and Beefcake (1999) — three very different films, among his many other projects.

The film has sold all around the world. I guess they're hoping it's a The Birdcage or The Adventures of Priscilla, Queen of the Desert, and it sounds like a The Ritz, as well.

Full trailer after the jump ...