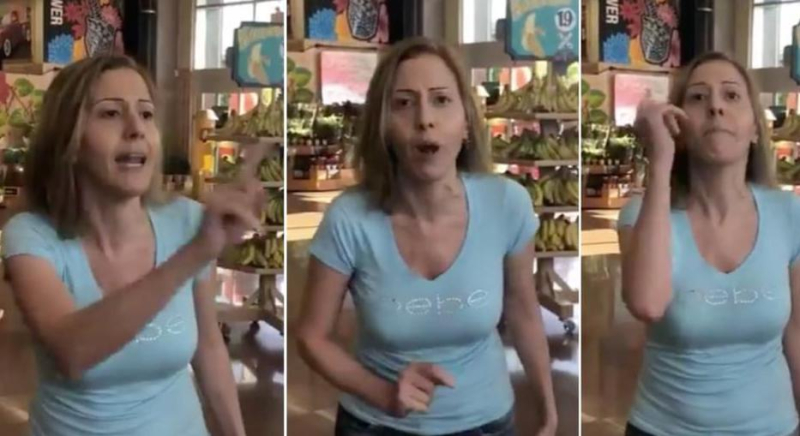 She won't wear a mask in Trader Joe's because of her ... breathing problem. (Image via video still)

This bitch is lying:

Here’s the beginning of the interaction, in which this Karen calls supermarket staffer a “bitch” and customers following health rules “Democratic [Part] pigs” pic.twitter.com/WHCGAQZrwn

“I have a breathing problem!” unhinged but physically fit Karen screams at top of her lungs as she’s escorted out of a Trader Joe’s in Los Angeles for refusing to wear a mask pic.twitter.com/Izm8j56iGG