ABOVE: Click here to see who is throwing that shade.

BELOW: Keep reading for a show-off wrestler, Trump admits he was not kidding, Mel Gibson asked Winona Ryder if she were an “oven dodger” and more ... I have a Theory. Or wish I did. (Image via promotional hand-out)

Look how the police protecting her racists ass pic.twitter.com/CVIJitLhxH

YAHOO! NEWS: A woman in MAKE AMERICA GREAT AGAIN duds waving a Confederate flag showed up to a Branson, Missouri, BLM protest to praise the KKK and vow that she will teach her grandkids to hate Black people.

The owner of the store is Nathan Robb. His father is Thomas Robb. Head of the KKK. He’s pictured in the tangerine golf shirt with his wife and son beside him in front of their store. pic.twitter.com/KQFeprgNUj

NME: Winona Ryder was asked by Mel Gibson if she were an “oven dodger.” He also said, upon learning her friend was gay, that he wondered if he would get AIDS. He later tried to apologize to her. Fun fact: Mel's virulently anti-Semitic dad just died this year at 101, and Mel always refused to condemn him.

YOUTUBE: Michael Henry takes on thirst traps who are using their white bodies and booties to suggest that BLACK LIVES MATTER (but not as much as their hot selfies):

HUFF POST: Idiotic tennis star Novak Djokovic — an anti-vaxxer whose wife has spread outrageous conspiracy theories that COVID-19 is caused by 5G — is now positive for the coronavirus after organizing and participating in a death-wish tennis tourney in Serbia and Croatia. The wife's got it, too. He says, via statement:

Everything we did in the past month, we did with a pure heart and sincere intentions. Our tournament meant to unite and share a message of solidarity and compassion throughout the region.

Yeah, so with good intentions, he has helped spread the coronavirus, creating more people in need for him to play tennis for.

JOE.MY.GOD.: Trump confirms he was not kidding when he said he wanted to slow testing to artificially deflate the COVID-19 numbers in the U.S.

TRUE CRIME DAILY: A New Mexico judge has released on his own recognizance Steven Ray Baca, the man who shot a protester over the removal of a conquistador monument.

TOWLEROAD: Again, thanks LGBTQ Trumpers! Here, Trump admits he was rooting against LGBTQ rights and is disappointed that Neil Gorsuch rules in favor of them. Again, Trump thinks you deserve to be fired for being LGBTQ.

EXTRATV: Uberrich film financier and progressive donor Steve Bing, 55, leapt to his death Monday from the apartment in which he lived in L.A. He is survived by two children, one with Elizabeth Hurley and one with tennis player Lisa Bonder. 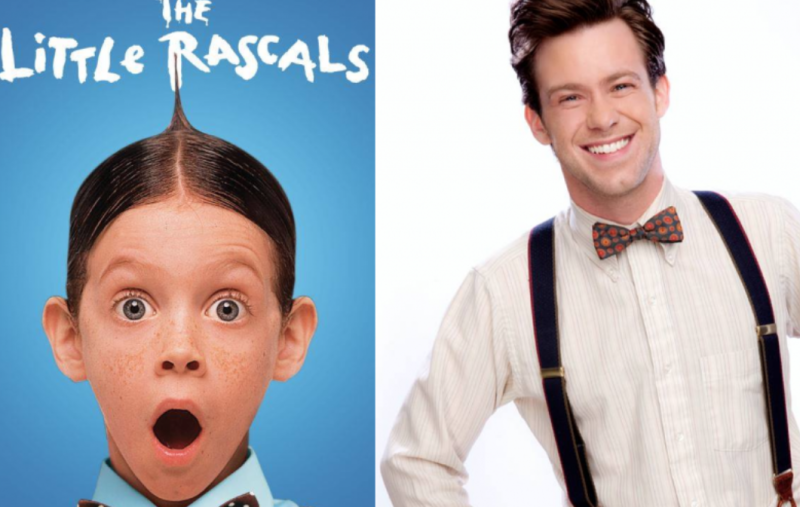 TMZ: Not surprising — poor Bug Hall, who played Alfalfa in the revamped Little Rascals movies, was arrested for huffing. I stay it's not surprising because his nude selfies that previously leaked (10 years ago) looked very faces of meth.

TWITTER: This guy was flipped off and called the N-word by a white lady, who then followed him until he followed her ... and when he caught up to her, she had the absolute worst, most cringeworthy Karen reaction E-V-E-R by shrieking, “I have a black husband!”:

PRO TIP: The words "I have a Black Husband" will NEVER absolve you from being racist.

It makes it even WORSE.pic.twitter.com/jZpjvmJfCO