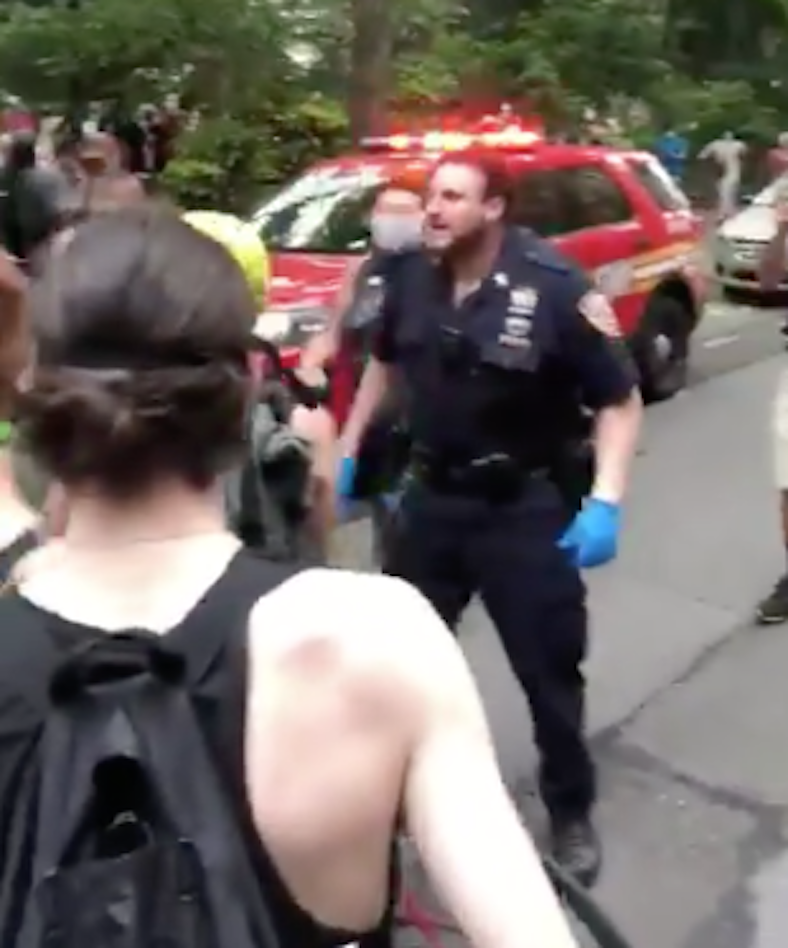 This POS should be fired. (Image via video still)

Who are these NYPD members, and why are they aggressively storming into a crowd of peaceful marchers on the anniversary of Pride?

These cops just got ran up on people pic.twitter.com/RnibVPjKfm

Seriously, fuck the police. Fuck every goddamn one of them.