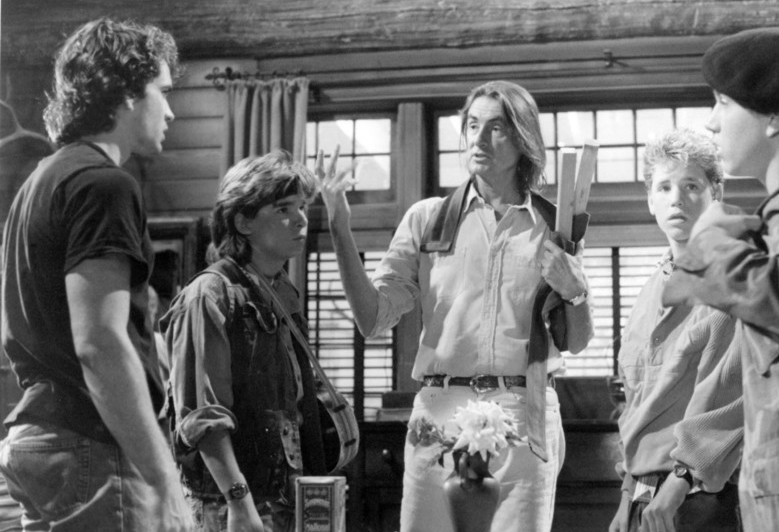 Schumacher with 2 Coreys and a Jason (Image via movie still)

I have a soft spot for Joel Schumacher, the out director of a stupefying diversity of good and bad films who died today at 80.

Jason Patric should've been a superstar. (GIF via GIPHY)

First, I love him for directing The Lost Boys (1987). I fell hard for that comic horror flick with the twist ending, and it was not lost on me when Corey Haim's character had a sexy Rob Lowe poster on his bedroom wall. 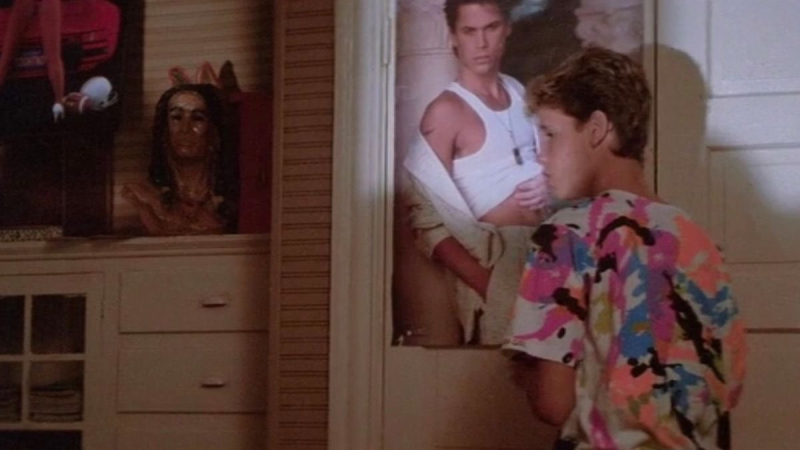 This character was on the down-Lowe. (Image via video still)

Second, I actually met Mr. Schumacher long before I made it a habit of meeting famous people, and totally by accident, which made it all the more exciting. I should consult my diary and post an image of the autograph, but in my new place, everything is inaccessible so that the apartment looks as chic as possible.

What I remember is I ran into him while he was filming Flatliners under an overpass in Hyde Park in Chicago, around the corner from where I was living while attending the University of Chicago. I must have asked someone what was being shot, and I knew his name due to The Lost Boys. I IDed him and spoke to just him and one other guy. Schumacher was very nice to me, maybe because I was 19 and cute and agog! He told me to go get Kiefer Sutherland's autograph as he was entering his trailer, which I did, but Julia Roberts, then a small-timer, was not about.

Pretty sure this is where I met Schumacher — I'll have to tell the webmaster! (Image via ItsFilmedThere.com)

I never watched Flatliners! But I have liked some of his films, including The Client (he discovered Brad Renfro).

He famously predicted his campy Batman & Robin (1997) would make him forever infamous due to his Bat-nipples.

If you never read Schumacher's jaw-dropping interview with Vulture from 2019 ... do that! He seems like he was a fascinating and sweet man.