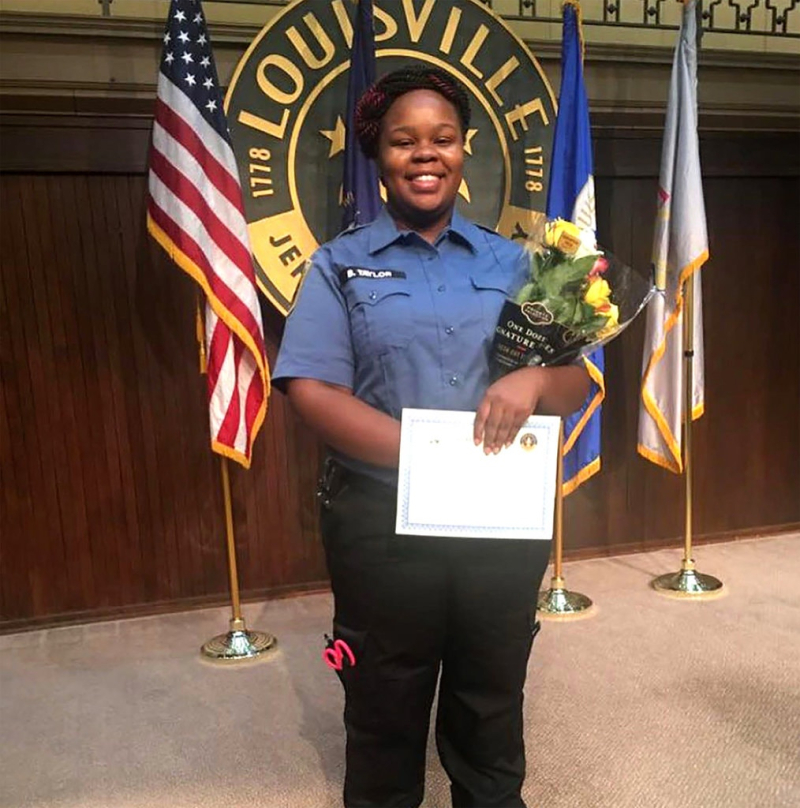 You may be hearing the name Breonna Taylor a lot lately. In case you're unfamiliar with her case, it's as egregious a miscarriage of justice (so far) as they come ...

Just past midnight on March 13, 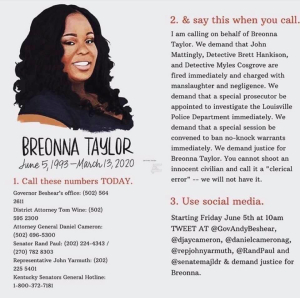 The cops say they IDed themselves, but her surviving boyfriend, Kenneth Walker, disputes that claim. He fired at the intruders, defending himself, wounding an officer. (A charge of attempted murder of a police officer was dropped — because he had no idea he wasn't firing at an intruder.)

The cops claimed they were investigating two alleged drug dealers, but their homebase was far from Breonna's apartment. She was singled out because cops thought the dealers were using her address for package deliveries. No drugs were found!

As of now, the cops who botched this and took Breonna's life have been placed on administrative leave — and that's IT.

So please remember Breonna Taylor as you think about the issues that are fueling protests lately. Bad cops need to be rooted out and need to face consequences for their crimes, which are exponentially more likely to harm and kill people of color.