A man on a flight to Tulsa, where COVID-19 is exploding (and set to go sky-high with Trump's comeback rally), refused to wear a mask today, delaying the flight — until he was escorted off.

Looks like the man was actually gay right-winger Brandon Straka! Guess he was heading to Trump's rally: 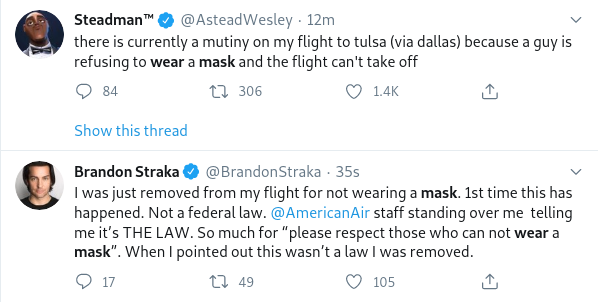 The worst gay man alive, who also lied about having a medical condition. (Image via Twitter)

Straka makes his living as a Walk Away-er, claiming to be a former liberal and bashing Democrats and, apparently, common decency and science.

Masks work. Every airline should require them.