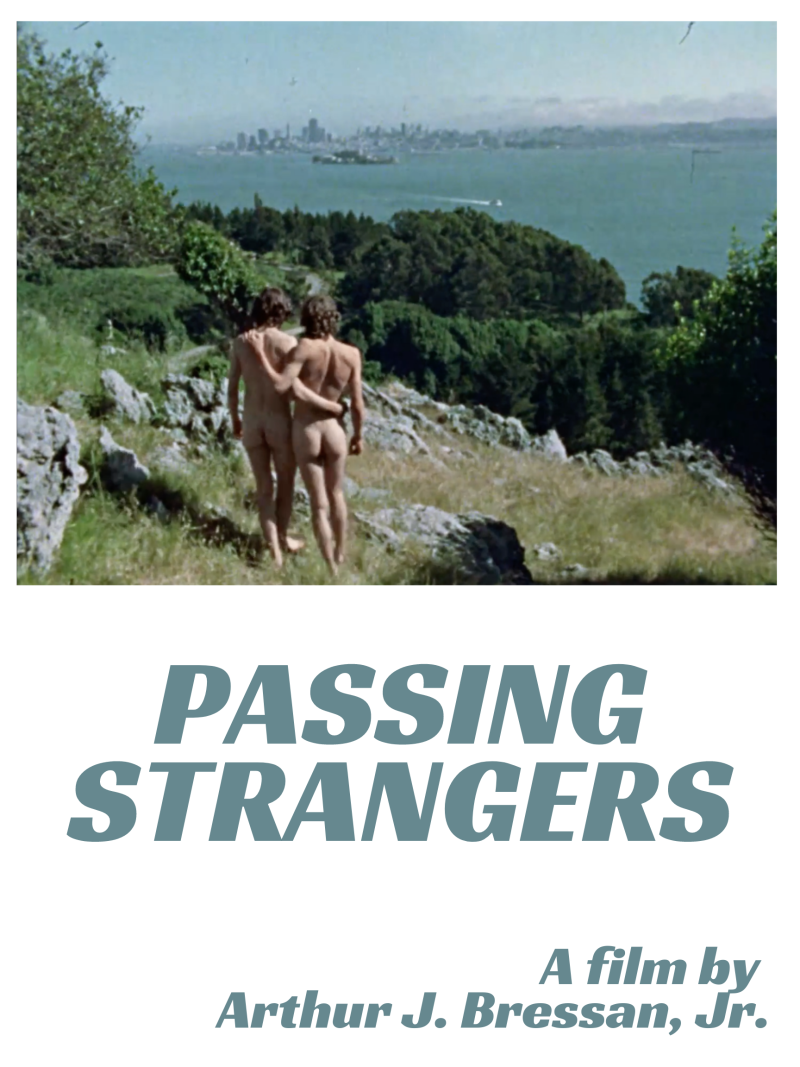 Any filmmaker would be lucky to be remembered with a project devoted to the preservation and promotion of their films, and we're lucky one exists for Arthur J. Bressan Jr.

a pioneering gay indie film director best remembered for his lovely, touching drama Buddies (1985; pictured), the very first feature about AIDS. I just saw this film's 2K restoration within the past couple of years and it holds up beautifully.

The Bressan Project is the work of Bressan's sister Roe Bressan and LGBT film historian Jenni Olson. Their work is what enabled me to see Buddies.

More on that via press release:

Buddies is now available on Blu-ray/DVD via Vinegar Syndrome, Amazon and other retailers. It is also available on VOD from Vimeo On Demand. And can be purchased on DVD and digital in the UK via Peccadillo Pictures and in Germany via Salzgeber.

We now have a shot at seeing his work thanks to PinkLabel.tv — Passing Strangers is out today, and Forbidden Letters is coming in August.

Films are available streaming on-demand for a two-day rental ($9.95) or permanent library ($13.93), or included in a PinkLabel.TV PLUS membership ($25/month) where viewers have unlimited access to more gay adult classics and over a thousand other unique adult films. You'll want to consider subbing to PinkLabel.tv, which also features the work of Wakefield Poole, Jack Deveau and others.