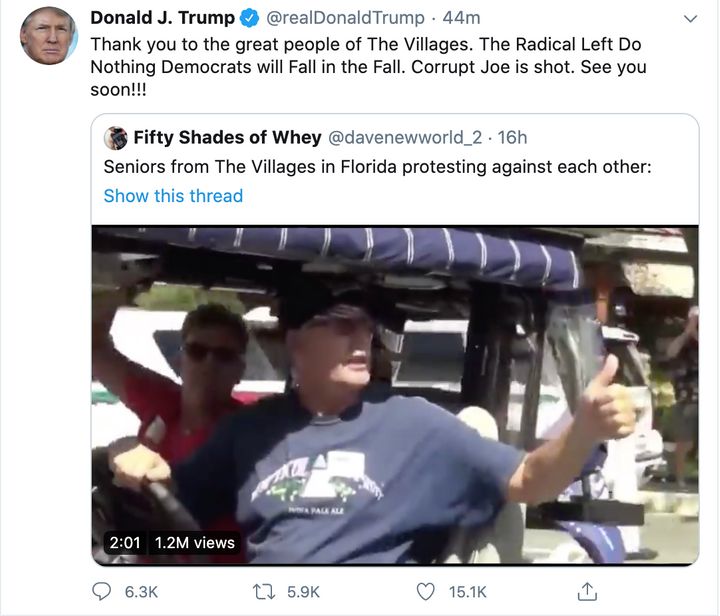 This guy is retired anyway, so he can't be fired. I wonder if The Villages could, in theory, remove a resident for shouting racist slogans? (Image via Twitter)

If Joe Biden had awkwardly retweeted a meme or video with a racist message, it would have sunk his campaign and been on the news for weeks.

Trump intentionally retweets a video with a man shouting WHITE POWER, pushes back on criticism, and unceremoniously deletes it — and we won't be discussing it in a two days.