ABOVE: But does it have an eat-out kitchen?

BELOW: Keep reading for GIFs with dirty faces, Biden on Trump vs. the military, a white doctor who thinks black people are unclean, slices of LGBTQ history and more ...

No-mask for no-mask (GIF via Next Door Buddies)

CNN: Biden is convinced that (1) Trump will try to steal the election, and (2) the military will escort him out of the White House if he loses and refuses to go.

Sen. Lindsey Graham: "I know who I am and what I believe." pic.twitter.com/kitbNMSA9S

I know who I am, and what I believe.

And I know WHAT he is and WHO I believe. Plus, there's this photo of some of Lindsey's boys.

NEWSWEEK: South Carolina sees huge spike in COVID-19 cases, extends state of emergency. Spikes are happening all over. Trump has utterly abandoned the issue, but so have a lot of citizens, who are tired of being vigilant. Man, we would've sucked during the Blitz. 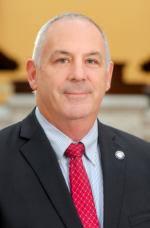 State senator Steve Huffman — who is, of course a Republican, but also OMG a doctor — had this to say about why the coronavirus affects people of color disproportionately:

I understand African Americans have a higher incidence of chronic conditions and that makes them more susceptible to death from COVID. But why does it not make them more susceptible to just get COVID? Could it just be that African Americans or the colored population do not wash their hands as well as other groups? Or wear a mask? Or do not socially distance themselves? Could that be the explanation for why the higher incidence?

Angela Dawson, executive director of the Ohio Commission on Minority Health — and a black woman — kept it professional, but pushed back immediately, asserting:

That is not the opinion of leading medical experts in this country ... Do all populations need to wash their hands? Absolutely, sir, but that is not where you are going to find the variance and the rationale for why these populations are more vulnerable.

INSTAGRAM: Madonna jets to L.A. for Black Lives Matter protest. She has basically turned over her platform to black issues. 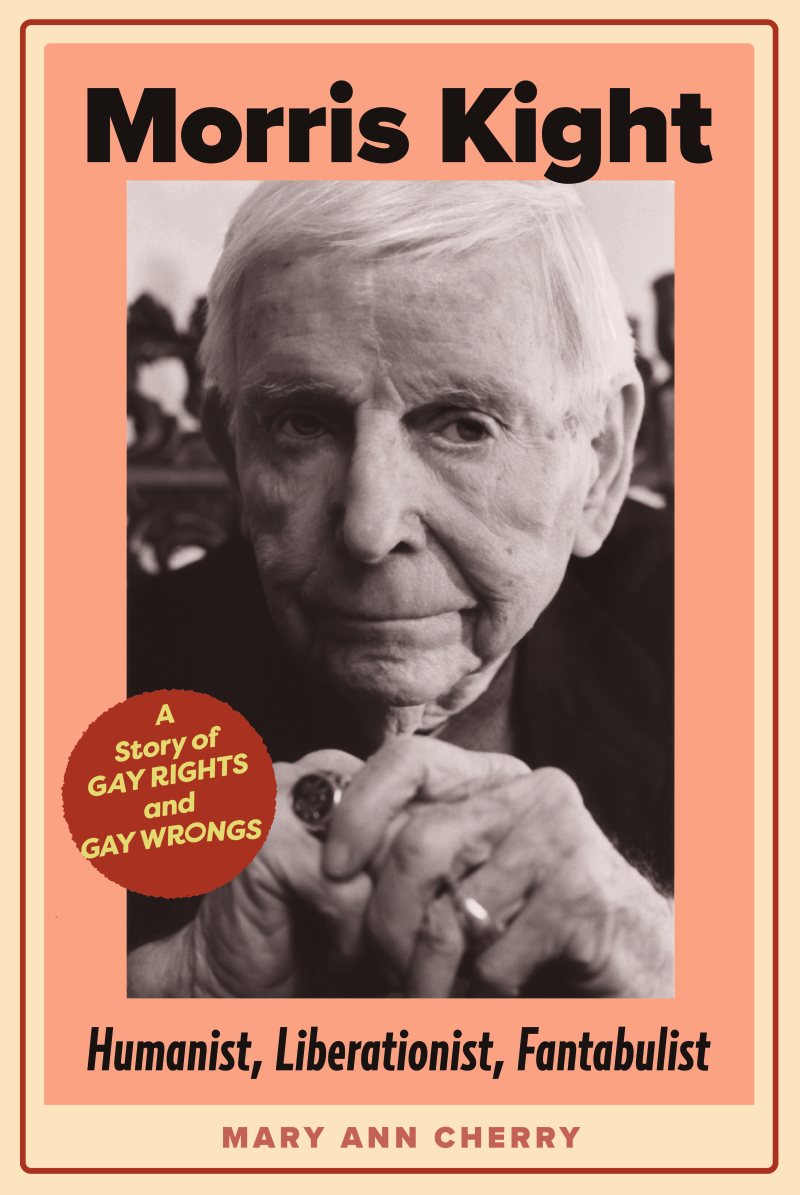 Never forget your past! (Image via Process Media)

PROCESS: Just in time for LGBTQ Pride Month, check out Mary Ann Cherry's bio of gay-rights trailblazer Morris Kight, whose work led to the American Psychiatric Association removing homsexuality as a disease, anti-violence progress for LGBTQ people and other advances. I love reading about gay history — Morris Kight: Humanist, Liberationist, Fantabulist sounds like a must. 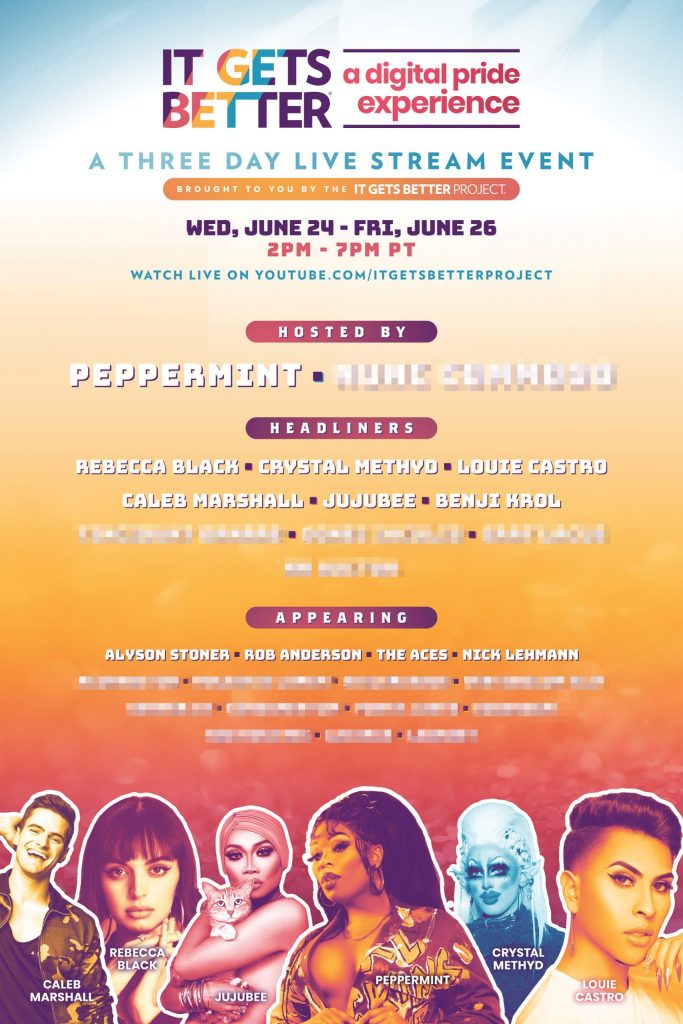 Digital display (Image via It Gets Better)

IT GETS BETTER: Peppermint will host It Gets Better: A Digital Pride Experience from June 24-26. Headliners include Rebecca Black, Crystal Methyd, Louie Castro, Jujubee, Caleb Marshall, Benji Krol — and more are set to be announced. Take Pride, even if you're inside.

WONDERY: Premiering June 17, American History Tellers will explore — in a four-part series — the history of Stonewall.

GAYNRD: Hugh Ryan, author of When Brooklyn Was Queer, thinks there is too much emphasis placed on Stonewall in the history of the struggle for LGBTQ rights. 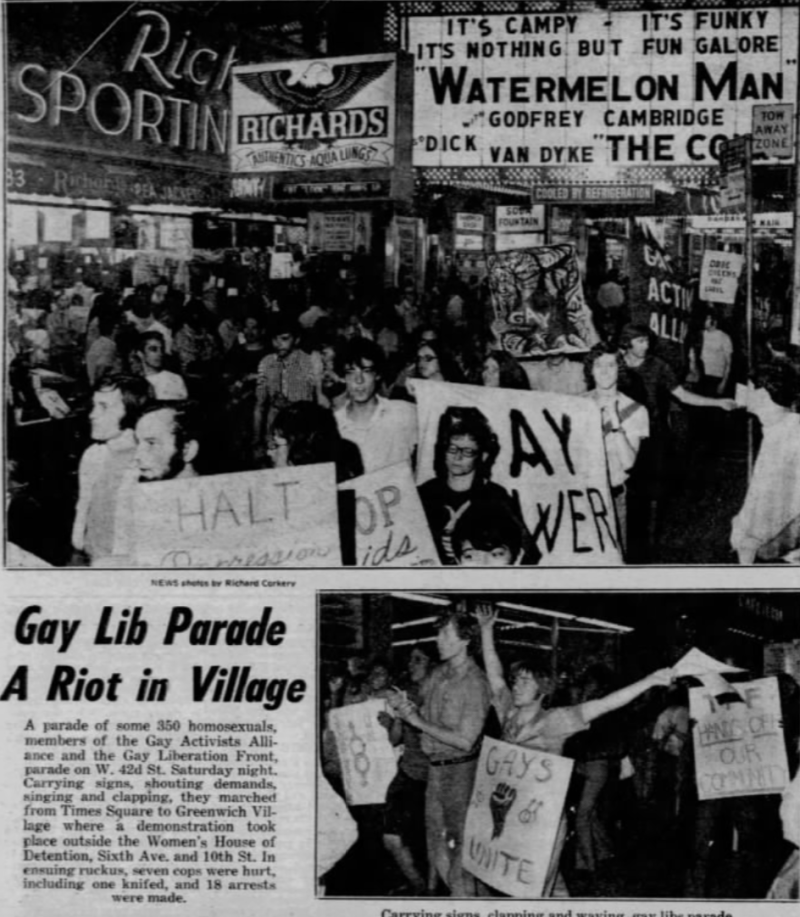 Still, too many modern gays freak out over riots ... unironically. (Image via newspaper)