ABOVE: He's a Cambridge med student, which is much better than wasting time on influencers who are Trumper do-nothings.

BELOW: Keep reading for an arresting wrestler, a racist confrontation in New York, the NYPD shoving around journalists, Melania's robotic smile, Keke Palmer's impassioned dialogue with the National Guard and more ...

The champ (GIF via GIPHY)

NYP: It's debatable how many good cops there really are, but it's not debatable that police union chiefs are all horrendous. They routinely support every bad cop's every bad action. Now, the head of the Minneapolis police union is openly stating that George Floyd deserved to die because he had a “violent criminal history” (not actually relevant, unless your argument is that if someone is unfairly killed, at least they turned out to be a black guy who deserved it anyway) and that the movement to remember him and to push for reform is “terrorist” in nature.

FORBES: Trump is clinging to the argument that actual tear gas wasn't used to remove peaceful protesters — and religious leaders — in order to nab that instantly infamous Bible photo op for Dear Leader. Instead, smoke canisters and pepper bombs were used. Which, according to the CDC, qualifies as ... tear gas. Elizabeth Warren wants an investigation into the fact that Barr called for those protesters to be removed.

SOCIALITE LIFE: Actress Keke Palmer urged National Guardsmen to march with protesters — and you have to see it. She's good:

Watch all of this. pic.twitter.com/YHq0QhXrnw

On the same tip, Defense Secretary Esper just announced he is against the invocation of the Insurrection Act — a direct repudiation of Trump's threat to do so:

Defense Sec. Esper: "I do not support invoking the Insurrection Act."

"The option to use active-duty forces in a law enforcement role should only be used as a matter of last resort and only in the most urgent and dire of situations. We are not in one of those situations now." pic.twitter.com/XOOaH9ltye

AP: The NYPD is absolutely teeming with tough-guy, brutality-addicted goons. It's proven time and time again. Overnight, AP journalists — clearly identified as such — were told:

Get the fuck out of here, you piece of shit.

The officers shoved the journalists, separated them and forced them toward their nearby car, where one says he was pinned. And it was all on video, and the officers could not have cared less:

TWITTER: Racist white lady is among a group that blocked peaceful protesters from using a public street in Merrick, New York, Tuesday. Why? She said she was protecting her rights. She blew off a mention of George Floyd as irrelevant, and mocked the man filming her for being a mask-wearing coward:

And Merrick is in “liberal” New York state. https://t.co/ADGTE4FSWn

GRINDR: Grindr, the largest social networking — oh, c'mon, you know what it is! — is making BLM donations, and has announced it is doing away with its racial filter. This is like when record stores stopped using BLACK MUSIC sections in the '90s. 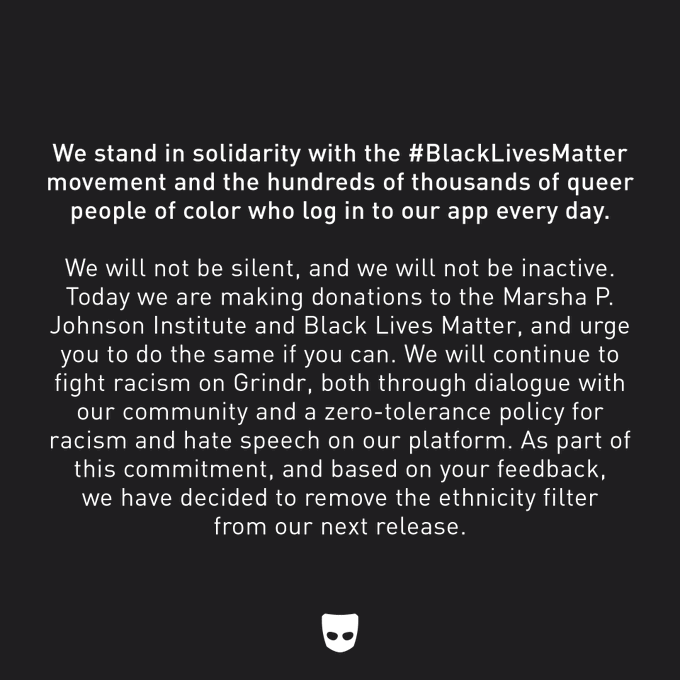 If you accidentally hook up with a black guy, you'll live. (Image via Grindr)

VANITY FAIR: Accused of bullying co-star and making the lives of many Glee co-workers miserable, Lea Michele has issued an apology.

LMAO REMEMBER WHEN YOU MADE MY FIRST TELEVISON GIG A LIVING HELL?!?! CAUSE ILL NEVER FORGET. I BELIEVE YOU TOLD EVERYONE THAT IF TOU HAD THE OPPORTUNITY YOU WOULD “SHIT IN MY WIG!” AMONGST OTHER TRAUMATIC MICROAGRESSIONS THAT MADE ME QUESTION A CAREER IN HOLLYWOOD... https://t.co/RkcaMBmtDA

GR8ERDAYS: RIP Peggy Pope, the 9 to 5 actress who had recently turned 91. You will recall her as the “atta girl!” girl. Also, check out this 2012 Call Me Adam interview with Pope — lots of great info and stories. 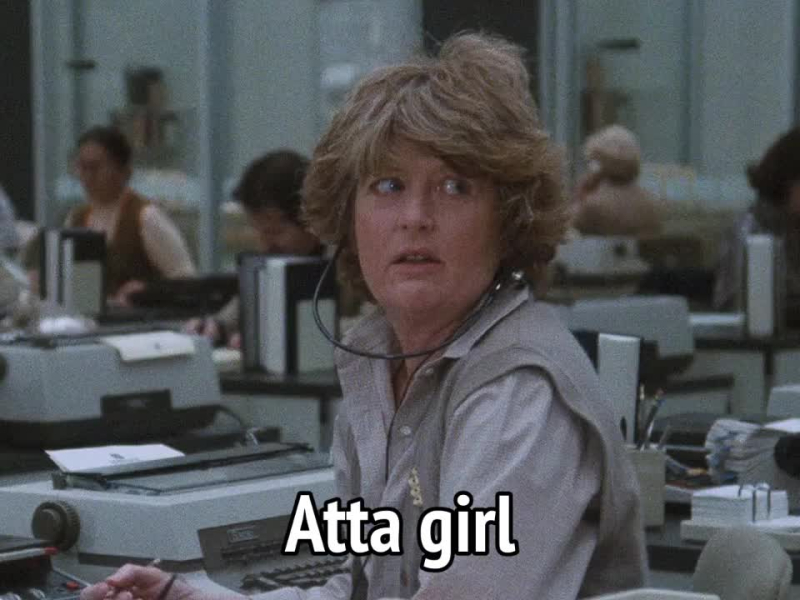 She played the last of the laughable drunks — and one who was rehabbed in the end. (Image via meme)

TWITTER: Yes, the footage is enhanced for comedic effect, but yes, it is also real: Trump asked Melania to SMILE during a photo op. She couldn't. She tried.

Trump asks Melania to smile during a photo op. She couldn’t. pic.twitter.com/GqfFRF6ORH