Trump's So 2nd Amendment-Happy, He Forgot About The Third Comments (0) 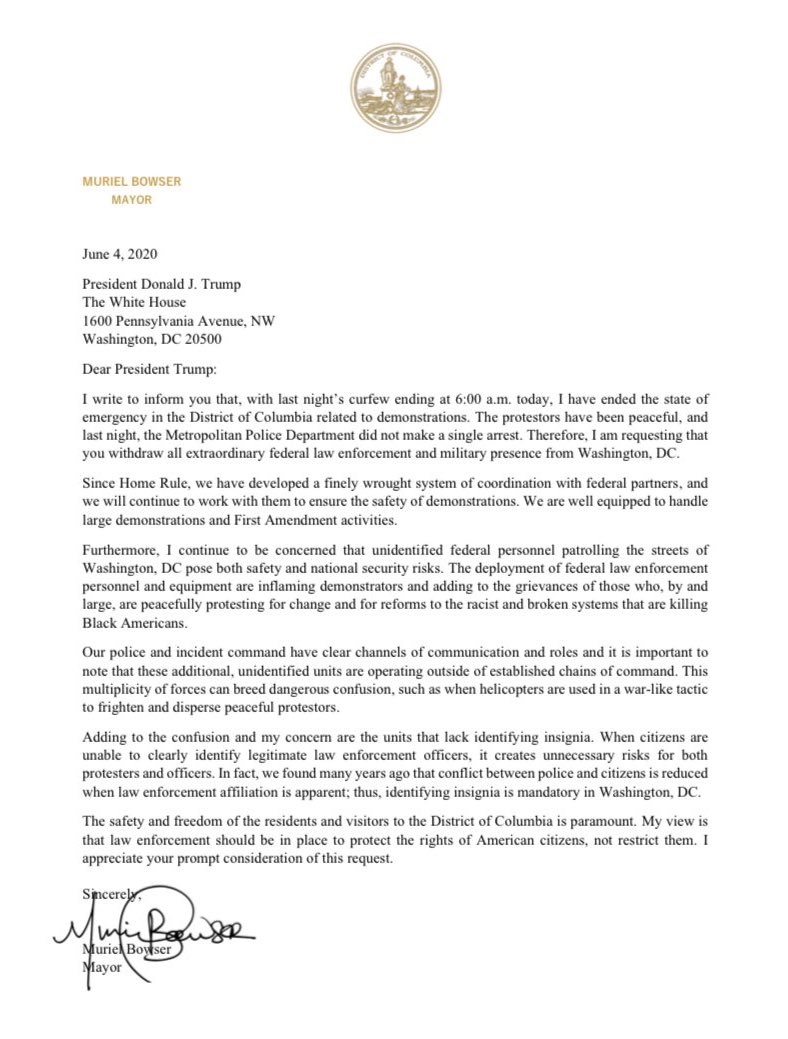 (Image via Office of the Mayor)

D.C. Mayor Muriel Bowser has formally requested that Trump get all the special forces out of her city.

Constitutional conservator Sen. Mike Lee (R-Utah) is outraged by Bowser's action ... even though it is in line with the Third Amendment. These Constitution fanboys never actually read it.

Just heard that Mayor Bowser is kicking the Utah National Guard out of all DC hotels tomorrow. More than 1200 troops from 10 states are being evicted. This is unacceptable. 1/2

These brave men and women have risked their lives protecting DC for three days. Rioting, looting, arson, and vandalism have all disappeared bc these soldiers served. And now they are being kicked to the curb by an ungrateful mayor. This must be stopped. 2/2 pic.twitter.com/YYyctKvUqN