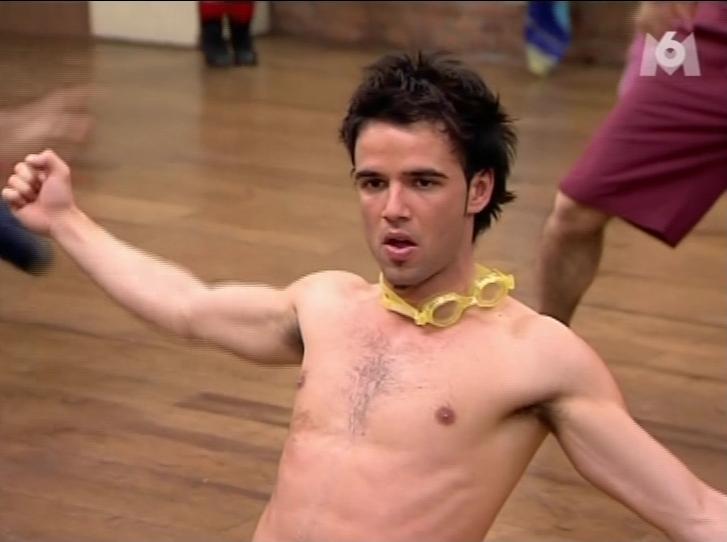 AP: So, months later, I don't have my government COVID-19 check! (I didn't think I was due one, but got a Trump letter promising me just under half the normal amount ... but no card or check; yes, I have since filed for it.) But hey, guess who did already get millions in PPP loans under the Trump Administration? Kanye West, the Girl Scouts, hedge funds, obscenely wealthy artist Jeff Koons (who was once married to Italy's porn-star politician Cicciolina), companies owned by West Virginia's billionaire Gov. Jim Justice ... the list goes on.

BOSGUY: This guy would tempt almost anyone. If he doesn't, get your head examined. But what about him?! Please offer your suggestions for guys who make you go HMMM.

NYT: Mary Trump, in her forthcoming book, states that her Uncle Donald has embraced cheating as a way of life, and says his sister said in 2015 of Trump's presidential ambitions:

He’s a clown — this will never happen ... The only time Donald went to church was when the cameras were there. It’s mind-boggling. But that’s all about his base. He has no principles. None!

Melania and Me, published by Gallery Books, an imprint of Simon & Schuster, is due out on September 1, just a little more than two months before the election. A description of the book from the publisher says that it will start when Wolkoff met Melania and became friends, and weave through her help planning the 58th presidential inauguration, along with “navigating the White House and East Wing.”

INSTAGRAM: Madonna goes topless at 61 to show off her ... crutch. (And amazing boobs.) Haters pile on, most of whom are not exactly standing on firm aesthetic ground themselves. My thought is that like Lizzo, when Madonna posts a pic like this, it isn't just about “look at me,” it's also about “get used to this” and “love yourself.”

Appreciate you so much, @brokeymcpoverty. All the criticisms are valid. The sheer tonnage of complexities & failings of these people I couldn’t get. Or wrestled with but cut. I took 6 years and fit as much as I could in a 2.5 hour musical. Did my best. It’s all fair game. https://t.co/mjhU8sXS1U

TWITTER: Lin-Manuel Miranda's response to criticism of his 2015 musical Hamilton is a great example of how to response without fragility and defensiveness:

Appreciate you so much, @brokeymcpoverty. All the criticisms are valid. The sheer tonnage of complexities & failings of these people I couldn't get. Or wrestled with but cut. I took 6 years and fit as much as I could in a 2.5 hour musical. Did my best. It's all fair game.

FLORIDA COVID ACTION: As a follow-up to my post on Carsyn Leigh Davis, the 17-year-old with underlying conditions who died of COVID-19 after her mom took her to a party, I present to you a medical examiner's report backing up everything that was reported. She was a sickly girl, her mom took her to a party with 100 people, she became ill, she was ineffectively treated at home, her parents refused intubation at first. The news here, to me, is that her mom requested heroic efforts to save her even once it became clear she would not have a normal life (and after putting her in that position to begin with!) and ... her parents ARE BOTH IN THE MEDICAL FIELD.

NPR: Brazil's atrocious human being of a president Jair Bolsonaro, who is an avid COVID-19 denialist, has tested positive for the virus.

The one behind the wheel (GIF via GIPHY)

INDEPENDENT: Thandie Newton confesses that working with Tom Cruise was a less than pleasant experience in a long, vulnerable interview:

He was a very dominant individual. He tries super hard to be a nice person. But the pressure. He takes on a lot. And I think he has this sense that only he can do everything as best as it can be done.