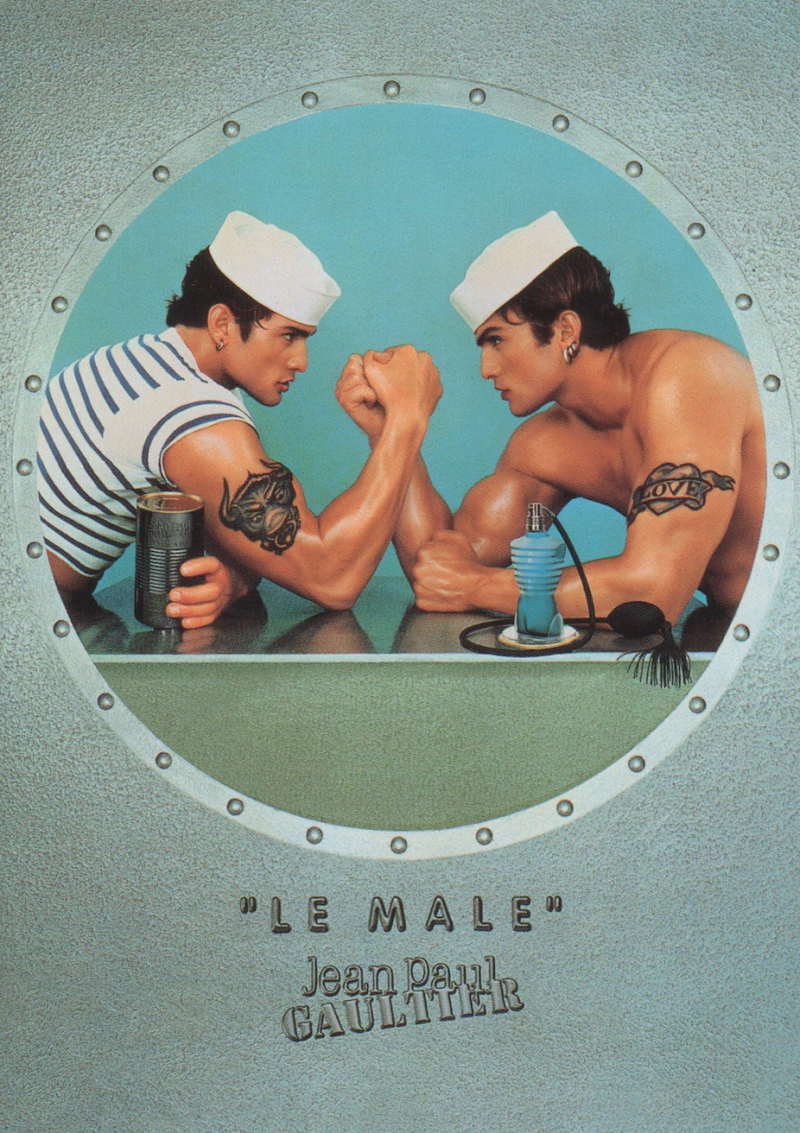 A card from my collection (Image via JPG)

NYT: The late Rep. John Lewis (D-Georgia) left us with a posthumous op-ed. In it, he writes:

Though I may not be here with you, I urge you to answer the highest calling of your heart and stand up for what you truly believe. In my life I have done all I can to demonstrate that the way of peace, the way of love and nonviolence is the more excellent way. Now it is your turn to let freedom ring.

"He was always about young people...he said to them: 'Together you can redeem the world.'" https://t.co/u2GAajmbuB pic.twitter.com/7ndVIkiiNX

Also worth noting, Lewis's funeral procession stopped at a rainbow crosswalk in D.C. in deference to his support for LGBTQ people.

FORBES: Biden will announce his running mate next week. When your cofounder dies of COVID-19 to own the libs! (Image via Twitter)

JOE.MY.GOD.: Bill Montgomery, a cofounder of the horrendous right-wing youth org Turning Point, has died at 80 of COVID-19. The group hastily deleted a tweet mocking liberals' concerns about COVID-19, but ... Joe remembers.

KENNETH IN THE (212): Kenneth's heart is warmed that four tennis pros are taking COVID-19 seriously. 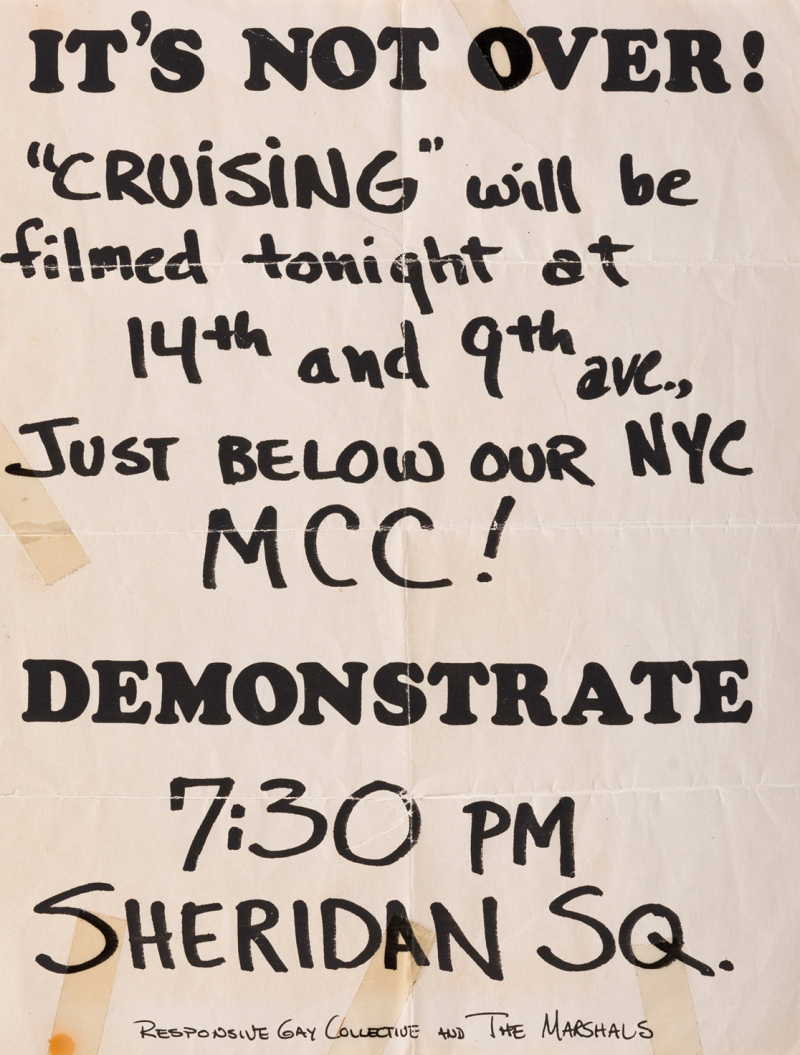 Original protest poster from 1979, during the filming of Cruising (Image via Swann Galleries)

BACK2STONEWALL: I don't know a single gay person who agrees with me, but I still find 1980's Cruising to be a virulently anti-gay film. My reading of the film — which is no stretch — is that it consciously paints homosexuality (visually synonymous with SM in the movie) as a contagious pathology, one it depicts its straight protagonist as catching. It also contains a scene in which a gay trick is stabbed to death in the back during sex, a pretty leaden metaphor for gay, anal sex. Dressed to Kill (oddly, same year) does the exact same thing with being transgender, quite methodically. It is explicitly anti-trans. The difference is that Cruising is, politics aside, a crappy, schlocky thriller, and Dressed to Kill, politics aside, is brilliant filmmaking. Still, Cruising has its defenders, and as Back2Stonewall points out, it incidentally contains amazing footage of one part of the gay scene from the late '70s.

BAY AREA REPORTER: Castro District bar Badlands will not be reopening. COVID-19 and a dose of racism seem to have done it in.

ABC7: Alibi, a popular gay bar in Harlem that has been the site of previous attacks, has been broken into and robbed. Damage was done and $380 was stolen. 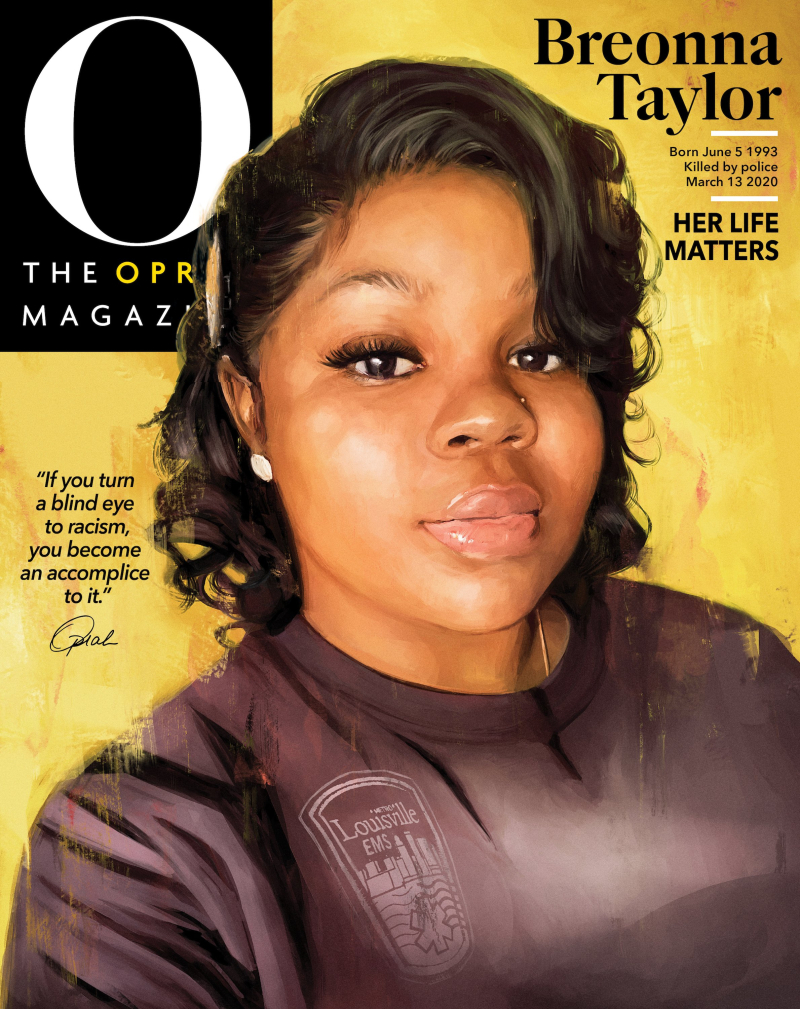 THE GRIO: Oprah Winfrey's O Magazine is scaling back print production, and will refocus on digital content. Its September issue is a first: Breonna Taylor is the first person allowed on the cover who is not Oprah herself in the publications 20-year history.

SOCIALITE LIFE: Jessica Simpson on why she confronted the woman who sexually abused her as a child.

INSTAGRAM: Without saying she was sorry for posting the discredited video of quack Dr. Stella Immanuel, or admitting to any wrongdoing at all, Madonna posted some mystical crap about love and forgiveness ... the latter of which only comes when someone apologizes first?

WAPO: Here is Henry Olsen writing in April that Joe Biden lied when he said Trump intended to try to delay the election, and that Biden should apologize. And here is Trump, today:

With Universal Mail-In Voting (not Absentee Voting, which is good), 2020 will be the most INACCURATE & FRAUDULENT Election in history. It will be a great embarrassment to the USA. Delay the Election until people can properly, securely and safely vote???