ABOVE: It was definitely good form of Leitner Winstead to preserve that big chunk of movie herstory!

BELOW: Keep reading for a possible COVID-19 vaccine, Trump's niece taking a hatchet to his ego, Nyle DiMarco's new deal (hey, Joe Biden's got one of those, too!), Tyra Banks's new job, and why Ivanka Trump ain't worth a hill of beans  ... 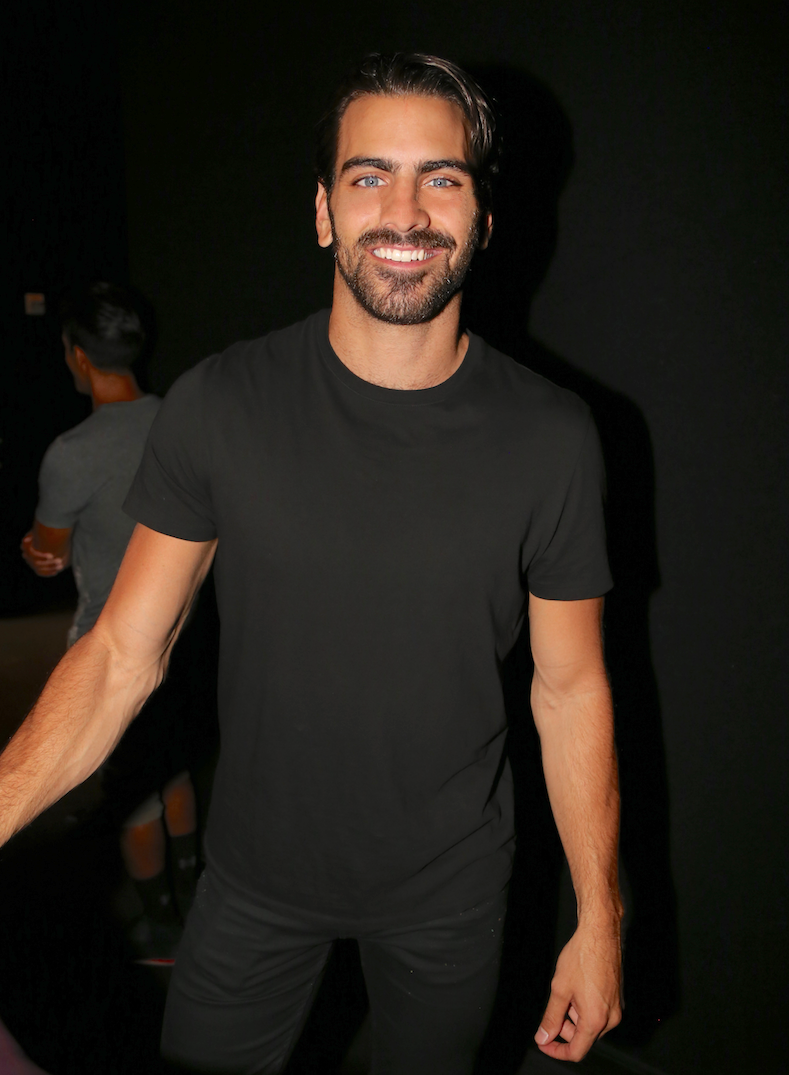 FORBES: Congrats to Nyle DiMarco on selling a scripted comedy about a Deaf man to Spectrum.

YOUTUBE: Above — watch Mary Trump, Don the Con's niece, speak out in her first sit-down interview about her new book. She comes off as a straight shooter, and I would gather she wasn't exactly a raging liberal prior to 2016.

"To be very clear, we don't want CDC guidance to be a reason why, why people don't reopen their schools." pic.twitter.com/ksyCF2Lwo0

TWITTER: Jesus, if Obama's skin had been darker would the backlash have been even more severe?! Pence — the VP — literally said:

We don't want CDC guidance to be a reason why, why people don't reopen their schools. 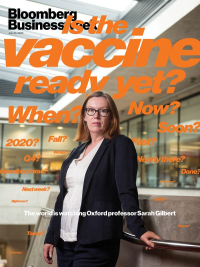 We don't want science-based warnings from the CDC to cause health-conscious decisions to be made? We are so far down the plank. Every single day feels like an inch closer to the end of it.

BLOOMBERG: Sarah Gilbert is leading a University of Oxford candidate for the COVID-19 vaccine that is on track to possibly be done with human trails sometime in September. British firm AstraZeneca is ready to have 2 billion doses created on a not-for-profit basis.

Do not skip this link.

Well, regretfully, my friends, it's not over. We're seeing a surge in Florida and Texas and Arizona and yes, here in Kentucky.

NYT: Pandemic expert sounds the alarm that the U.S. must endure a more comprehensive, country-wide shutdown in order to get COVID-19 under control:

This is our second chance. We won’t get a third. If we don’t get the growth of this pandemic under control now, in a few months, when the weather turns cold and forces people to spend more time indoors, we could face a disaster that dwarfs the situation today.

This won't happen, of course, because Trump has stripped the CDC of any power. 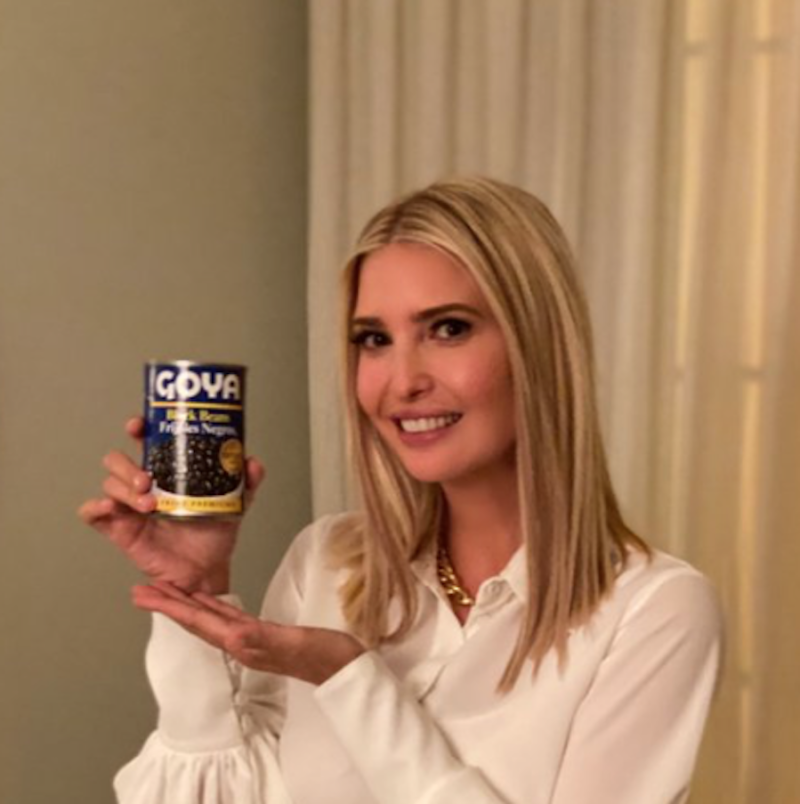 Nice dress. Guess the hood was in the shop? (Image via Twitter)

HUFF POST: Alabama Republicans rejected Jeff Sessions in the primary race for his old Senate seat. Though I'm glad that Sessions was further humiliated — he's a racist Trumper who got thumped by Trump — it is going to be tough for Sen. Doug Jones (D-Alabama) to fend off the man who beat Sessions, former Auburn University football coach Tommy Tuberville. (Yes, in Alabama, coaching football = being a senator. Same/same!)

Still, there is hope. Polling shows Jones and Tuberville tied, and the Twitter account for Alabama's Democratic Party is on fire, trashing Tuberville's loyalty, ethics and — gasp! — coaching: 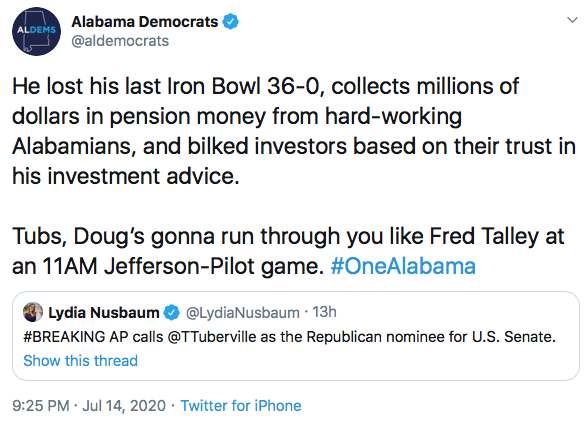 Gideon's got this. (Image via video still)

EXTRATV: Tom Bergeron really got screwed! He was kicked off Dancing with the Stars and will be replaced by Tyra Banks — who will also get executive producer action.

So excited to be hosting and producing the new @DancingABC. There’s so much legacy. Can't wait to bring the fierce, the fun and the SMIZE. 💛 @GMA https://t.co/6pFAmNr7ST