Costco Dan Underscores Why So Many White People Are Losing It: I FEEL THREATENED Comments (0) 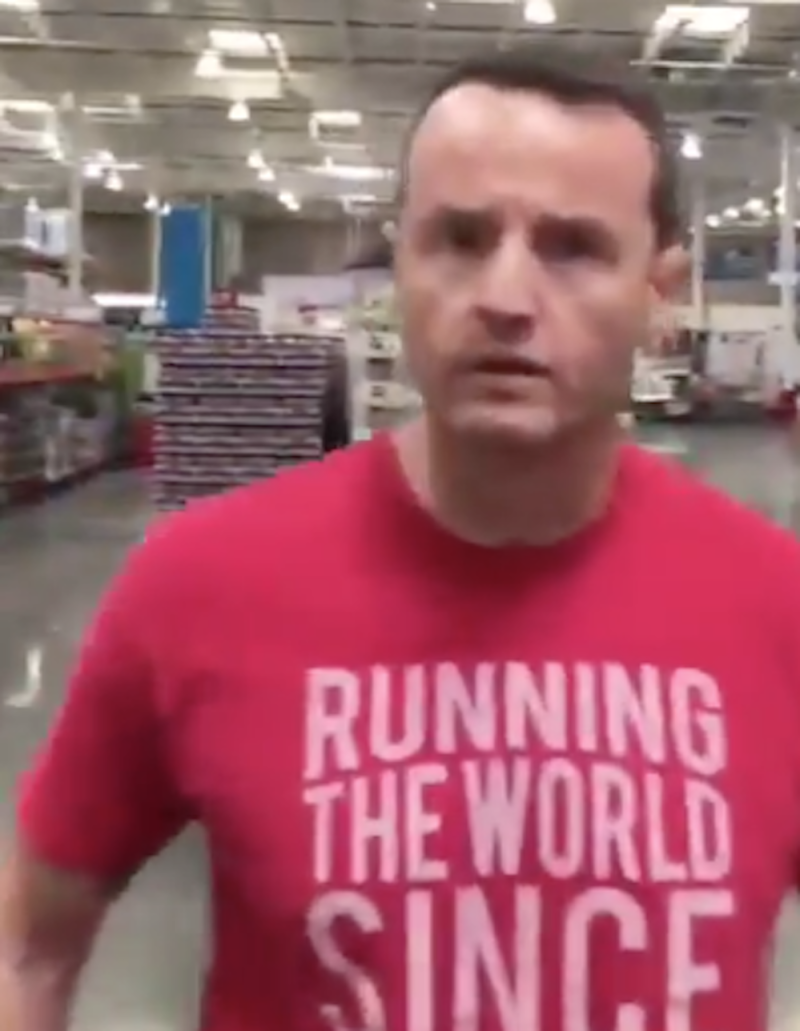 Stating that he felt threatened was a cop-like way to lay the groundwork for violence. (Image via video still)

Could Dan be the new Karen?

Nobody who charges you with their whole body tensed up and barking at you with "I FEEL THREATENED" is actually threatened.

This asshole MUST be a cop. Those are the last words many unarmed Black people hear before being murdered by police. pic.twitter.com/aqAee1Ic2I

Daniel Ryan Maples, a white insurance agent, lost his ever-lovin' shit when asked by a fellow customer to wear a mask inside Costco. He approached the other customer aggressively, shouting the words that will follow him for the rest of his miserable life:

Are those not the exact words we could use to explain almost all of these white outbursts? I. Feel. Threatened.

Costco reportedly did the right thing here, escorting Dan out and waiting to be sure the target customers were safe.

P.S. The Internet is fast and unforgiving: