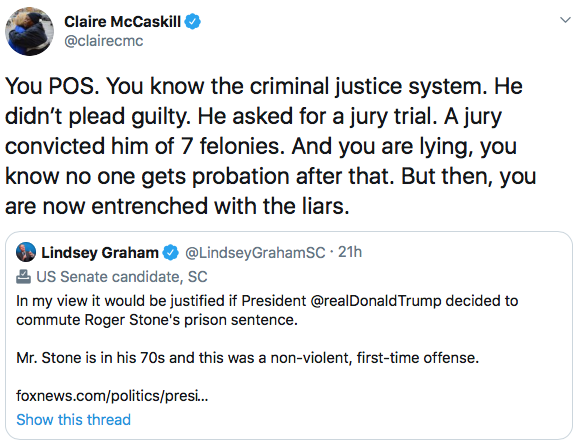 Now that Trump has farted in the face of the Constitution and justice by commuting the sentence of his co-conspirator Roger Stone — who openly asked for the commutation by saying he had refused to flip on Trump, implying guilt! — McCaskill is not letting Sen. Lindsey Graham (R-South Carolina) get away with his bullshit, apologist take on the affair.

Graham wrote that Stone's old, in his seventies (nope, he's 67), and that this was a nonviolent offense, but McCaskill POSed Graham (!), writing that he damn well knows how the system works and accusing Graham of being in bed with liars.