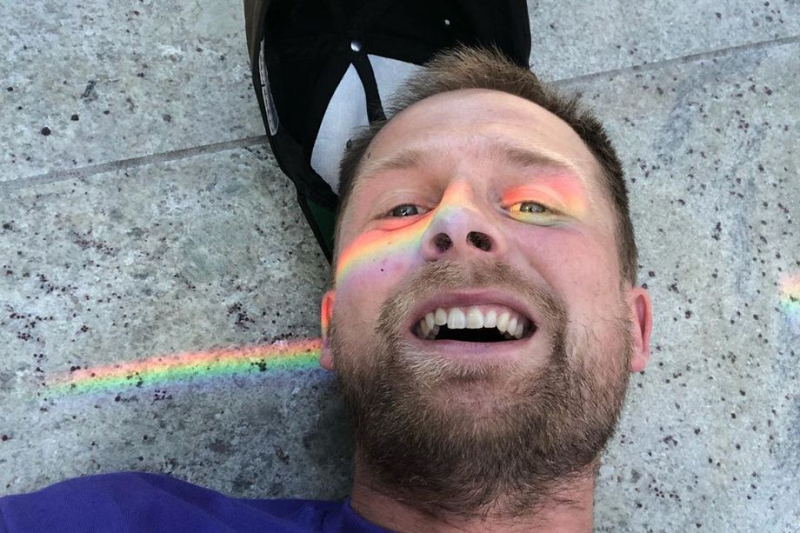 Jake Kuzyk, who used Pride as the right time to express his own. (Image via Facebook)

OUTSPORTS: In June, the first pro snowboarder came out as gay. Now, five have!

NYT: Lawyer and journalist Heinrich Ulrichs, who was a pioneering gay activist in the 1800s, has finally been granted his New York Times obit.

I can’t tell you the number of hate emails I received. I didn’t make an issue out of it in the campaign because that’s not the kind of person I am. But there is no doubt that the Eagle Forum [a conservative group] and its lies were absolutely in play here. The hit pieces it ran on my stance on abortion were completely false and it’s disappointing, but it’s politics. 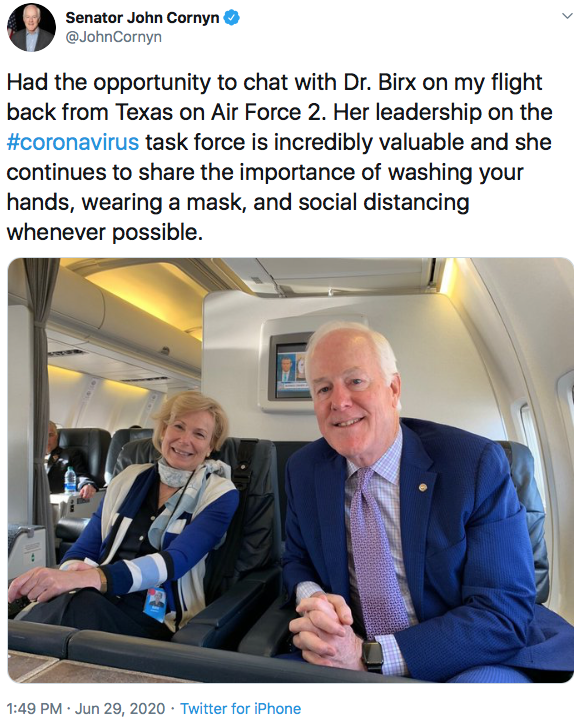 TWITTER: At this point, Dr. Birx is just laughing her ass off that we ever took her seriously. Meanwhile, Cornyn's state is where Italy was at its worst, which is probably why he's comin' around to the idea that COVID-19 jess might be contagious. Florida is full-speed ahead on re-opening — and so is COVID-19 there! Also, Californians are massively slacking off.

METRO: Now J.K. Rowling — who for no reason decided to throw all her weight behind demonizing trans people (her latest move being to cast her lot with the they're “cheaters” brigade) — is now liking tweets that are against banning conversion therapy. Maybe gays will pay attention as she wades into specifically LGB issues. I'm sure she knows and loves gay people, but ... but ... but. Some allies aren't.

Trump's new logo looks almost looks familiar. Where else have i seen that eagle style standing on a circle? pic.twitter.com/2H8xrVd6Hs

NEWSWEEK: These Trump shirts were clearly inspired by the Nazis — and, um, nobody noticed.

DETROIT NEWS: “No one is racist!” shouts this white woman in a dispute with a Black teenager and her mom. Then, not liking that the mom swatted at her car as it backed up dangerously close to them, she leapt out of her vehicle and held the mother at gunpoint. These people are spoiling for a civil war. We would win. If that ever happens, I'll be on whichever side Black moms are on. P.S. The gun-totin' non-racist was arrested. 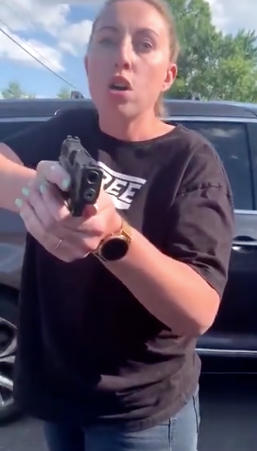 YOUTUBE: I just discovered this 2013 interview by Skip E. Lowe of Scotty Bowers, the Hollywood pimp behind that very entertaining tell-all book and the subject of the much deeper and more satisfying documentary Scotty and the Secret History of Hollywood. It's interesting because both are in their 80s, Scotty is doubted by so many and Lowe — who was the inspiration for Jiminy Glick — is a horrifically unprepared interviewer (“Gore VYE-doll”) and annoying presence of epic proportions if you've never heard of him. Scotty died in 2019, and Lowe died in 2014, about a year after this:

Skip keeps marveling at Scotty's advanced age of then 89 ... and he was only five years younger!