TWITTER: Because the United States actually can get worse, Kanye West just announced he's running for president ... this year. Since it's impossible, I imagine it's all promo, and as a bonus would siphon some votes from Biden if voters wrote him in.

YOUTUBE: The young descendants of Frederick Douglass powerfully recite his address “What to the Slave Is the Fourth of July?”

NEW YORKER: The gay marriages on a 19th-century prison ship are detailed — up to 100 of them!

JOE.MY.GOD.: Typoid Mary aka Kimberly Guilfoyle has tested positive for COVID-19. Here's one person self-quarantining — wonder how many others will?

NYP: Michael Cohen, sprung from prison due to COVID-19 fears, may be headed back after restaurant outings.

INDEPENDENT: Trump calls the U.S. leading the world in COVID-19 cases a badge of honor. This foreign tennis star picked it up in Florida, so ... congrats? WDAM: Election commish warns that “the blacks” are holding a lot of voter-registration events. The Mississippi Ethics Commission is not going to do a thing about it, saying:

The comments, while highly inappropriate and offensive, do not violate the Ethics in Government Law, and the Mississippi Ethics Commission has no authority to take any action against the election commissioner for those comments. Most comments and other speech of elected officials, like all American citizens, are protected by the First Amendment to the U. S. Constitution.

POLITICO: I'm going to prison if anyone is erecting a Scalia monument.

GR8ERDAYS INSTAGRAM: Today would've been Gloria Stuart's 110th — and she nearly made it, dying at 100 after receiving on Oscar nomination in her late eighties for Titanic. Here, she's a slip of a thing in an early horror classic:

GAY FLESHBOT (WORK UNFRIENDLY): So many selfies, plenty of time. 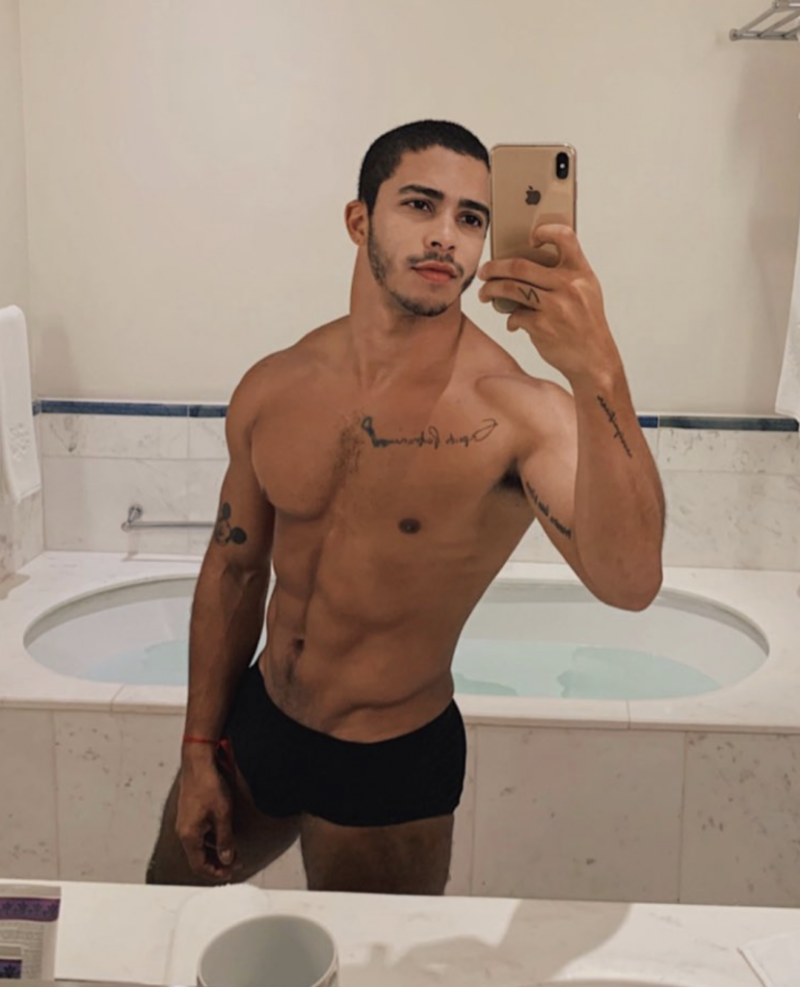 He wants to remember how good he looks. (Image via selfie)