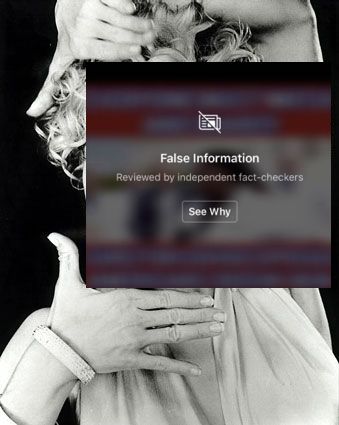 I've written two books about her and blog about her often. She means a lot to me as an artist and as a pop cultural touchstone, as a figure who has been with me on most of my life's journey, from 1983 (when I first heard “Holiday” on my family's car radio on my way back from a D&D session) until now.

That said, and even though I may like more things about Madonna than some (too many people have bashed her for things that say more about themselves than about Madonna; she is right to feel unfairly singled out at times), I've also been a critic. I guess I would say I stan with eyes wide open — I defend her when she's dismissed for not acting her age (because acting one's age is social construct that has aged far worse than Madonna), I support her new music (it's fucking good, especially when you accept it for what it is — new work from an artist in the game for almost 40 years, whose most comparable peers aren't even still alive), and I deflect ad hominem attacks more interested in dragging her for indulging in cosmetic enhancements or for being an unabashed leftist or for being a white woman of great privilege who, to be sure, is sometimes in need of light spanking on such topics as how the world works vs. how the world has miraculously worked for her.

So fans of my writing about Madonna know that I have taken her to task when necessary, even as I have tried to see to it that she is taken to task in proportion. When she commits a minor faux pas, she does not need to be burned at the stake, and when she creates work that is challenging and even offputting, that is sometimes the point, meaning she doesn't deserve to be opportunistically slammed for it at all, simply either enjoyed or ignored.

Yesterday, though, Madonna did something truly extraordinarily stupid and wrong, something that repulses me, and that deeply wounds my ability to enthusiastically cheer her on in general, when she shared a widely discredited video starring quack Dr. Stella Immanuel saying that masks are not needed during COVID-19, that the virus has been cured by hydroxychloroquine and other lies.

Immanuel — who runs her deeply homophobic and religion-based pediatrics practice from a Houston strip mall — says in the video:

This virus has a cure: It’s called hydroxychloroquine, zinc and Zithromax. You don’t need masks. There is a cure.

Madonna has asserted that she had COVID-19 early on, which I believe as she was sick during her tour so probably vulnerable, and she was on tour through Europe at the time the virus was exploding. She has said she was tested and has the antibodies, and while it's not a bad assumption to make in general, she has embraced the now mostly rejected view that having C19 once means one can't get it again. To that end, she hasn't been wearing her mask (she didn't wear it at a small party at the Hamptons home of her pal Steven Klein, she didn't wear it to a BLM march in L.A. that she jetted to, and she didn't wear it at a private English art exhibit that she jetted to), so it is plausible that Madonna is anti-mask and liked that part of Immanuel's message. It is also plausible that Madonna, whose social media has been awash with positive and useful messaging about BLM, and who has for years been amplifying the voices of women and been vocal about women's rights, was drawn to an assertive Black woman doctor in Immanuel.

I also think Madonna is coming to Immanuel from the left, not from the right — as Trump and his cronies have. Still a very uncomfortable feeling to see Madonna and Trump, a sworn enemy, come together on anything (and that should've been a red flag, had Madonna done 10 seconds of research before posting). It's like how Rosie O'Donnell is a liberal firebrand, but is a truther due to her mistrust of the government. Madonna has a healthy skepticism about Big Pharma, as do many leftists, but I believe that skepticism has merged (or merged in that moment) with some pretty flighty ideas she has long had about health. For example, mind over matter is not a thing, Madonna — and if she wants to fight me on that, I would refer her to Exhibit A, her hip, er, leg, which has been damaged and has dogged her for very close to a year.

In short, I think some of Madonna's magical thinking as a person who used her talents and ambition and hard work — and was also elevated by sheer luck — to achieve a unique position on the planet and has applied it to her deeply misguided beliefs about COVID-19.

The result is that Madonna believes something that is a lie, and that Madonna shared something dangerous with her millions of followers, and worse, she shared it by claiming it was the truth, and that some people don't want the truth. A true conspiracy theorist mindset.

(It should be noted that many other celebrated figures have also shared the video then quietly removed it, like right-wing Christian KJ Apa, who actually has a broader social reach than Madonna on Instagram, without nearly the uproar. But I digress, as it's not about Madonna being unfairly paid attention to when being paid attention to has been at the core of her brand from the Year One.)

Long story short: I deplore what Madonna did. It has put me right off her at the moment. It has damaged how I view her critical thinking, probably in a long-term way.

Does that mean I'm no longer a fan, or can't forgive her if — big if — she comes forward and explains herself and apologizes? No. Artists do shitty things, and we can still like their art, even if it becomes harder to be breathlessly engaged by them. Picasso was a misogynist, Polanski committed rape, Warhol palled around with right-wing elites, Joan Crawford beat her kids and ... well, I guess Ellen DeGeneres isn't “nice” enough for this generation.

Add to that Madonna's new misstep, which I would argue is her worst.

It doesn't matter if you were a BOY TOY, or if you're wild about “Like a Prayer” or “Hung Up,” or loved her singing on the Oscars, or have seen her perform live 150 times, or C A N ' T  W A I T to hear that new Dua Lipa remix and are hoping it goes Top 40 or Top 10 — it does not matter, because we have a responsibility to choose country over party, and in this case, science over standom, and we must push back and tell Madonna she fucked the fuck up.