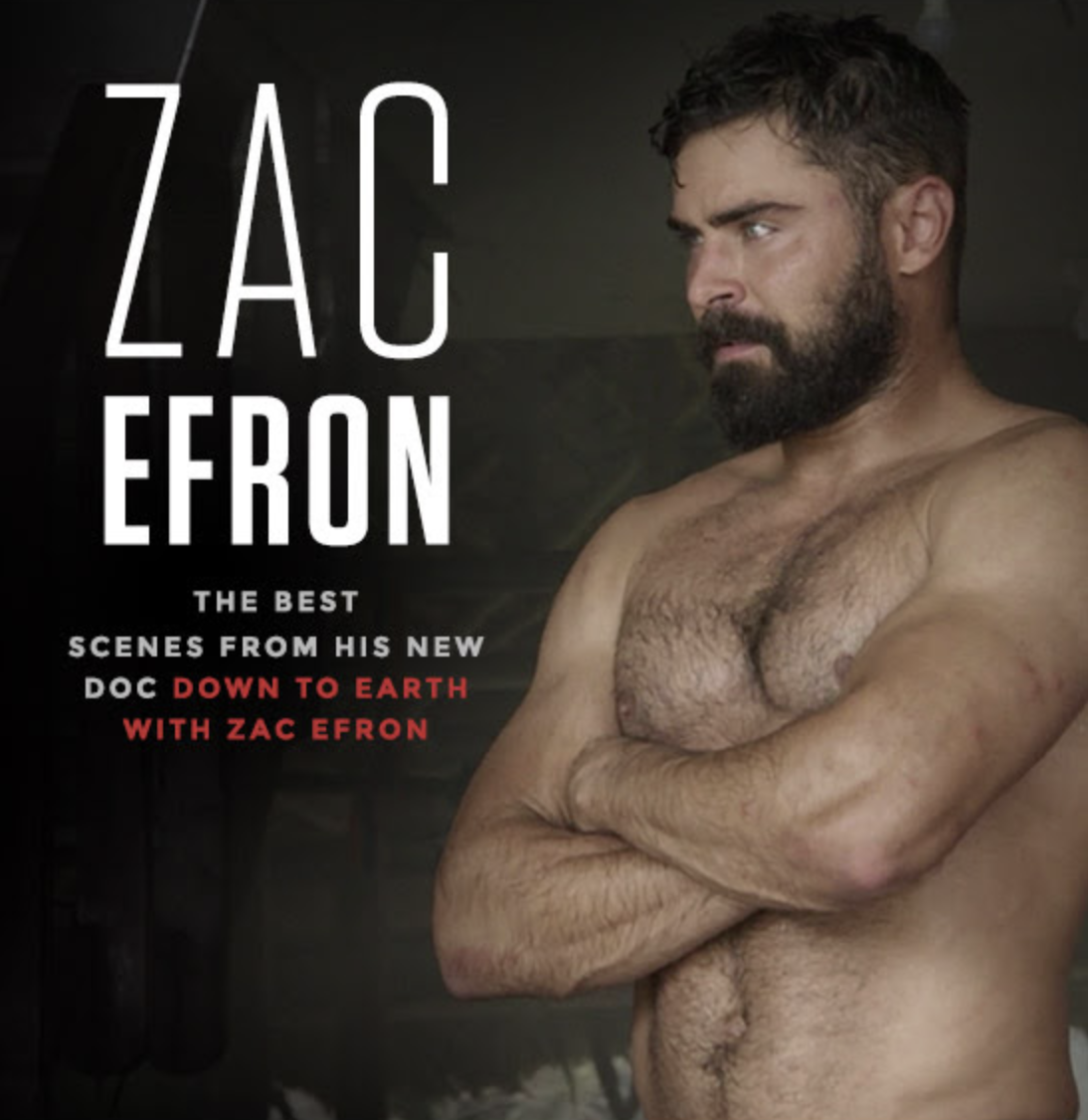 Mr. Man's favorite twink heartthrob has morphed into a DADDY right before our very eyes! 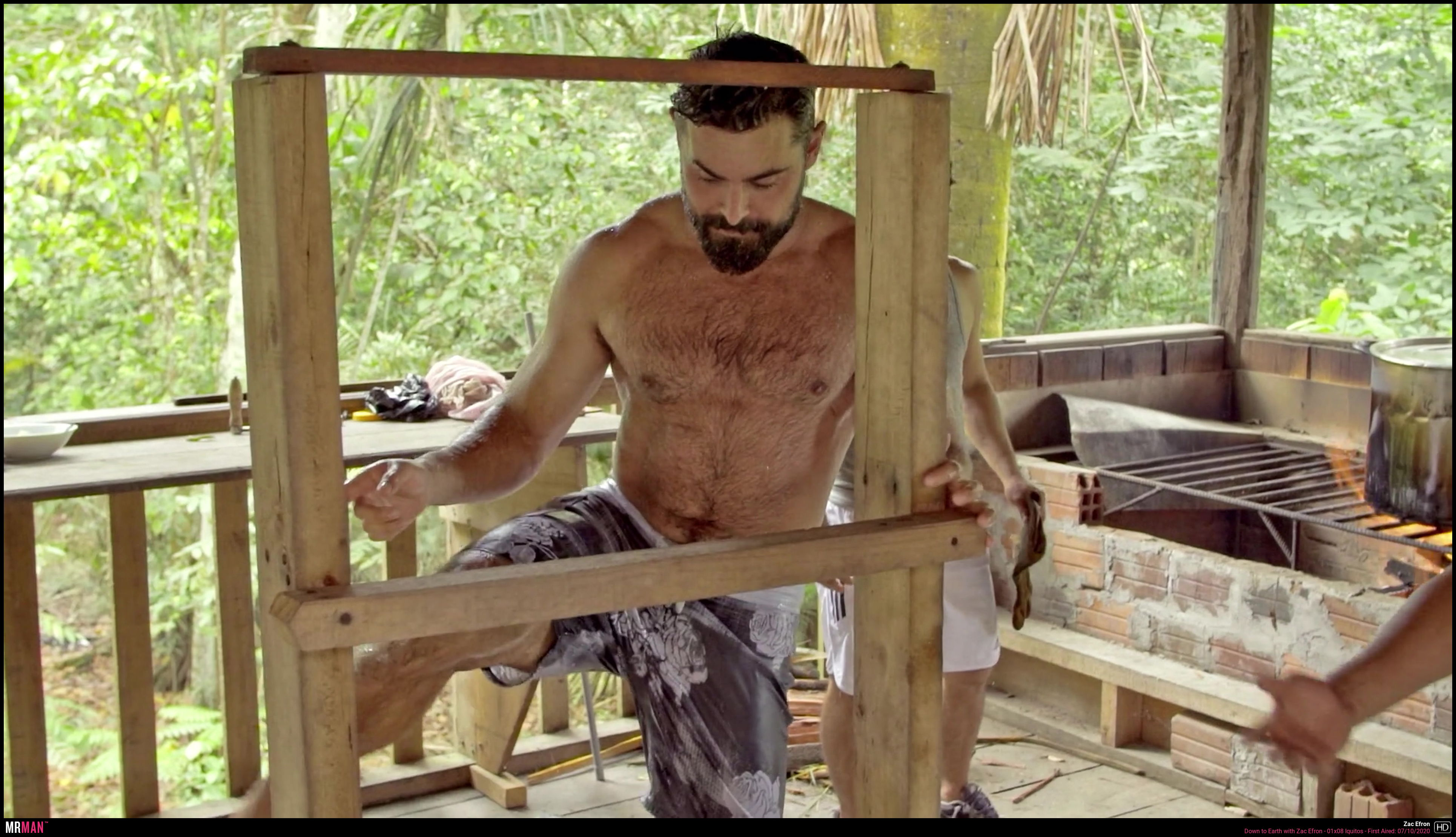 If you’re a fan (and who isn’t?), you're going to want to pay close attention to this documentary series on Netflix called Down to Earth ... 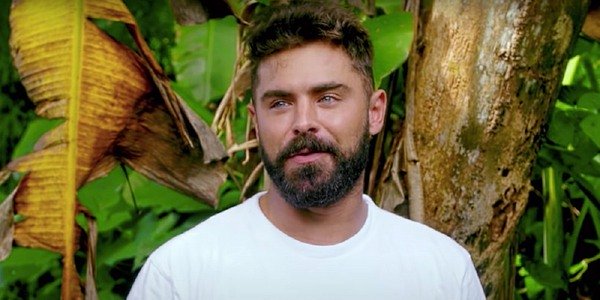 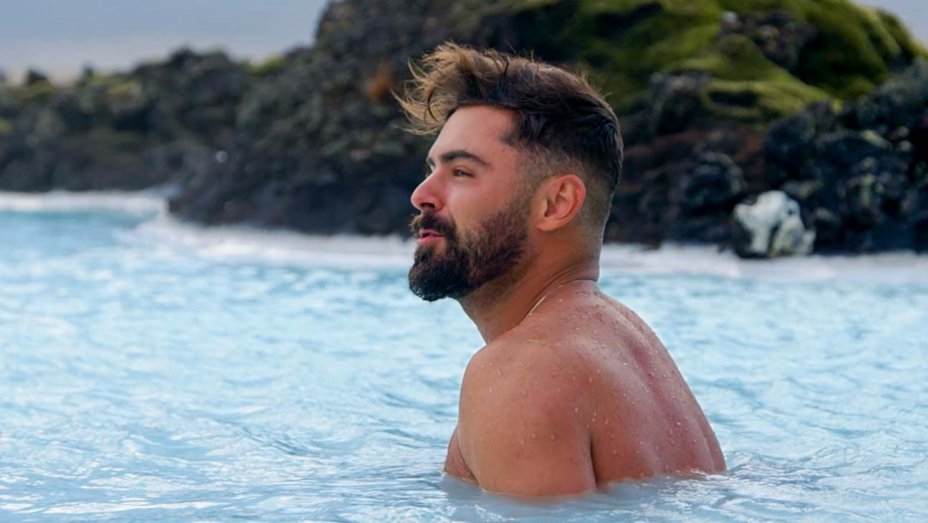 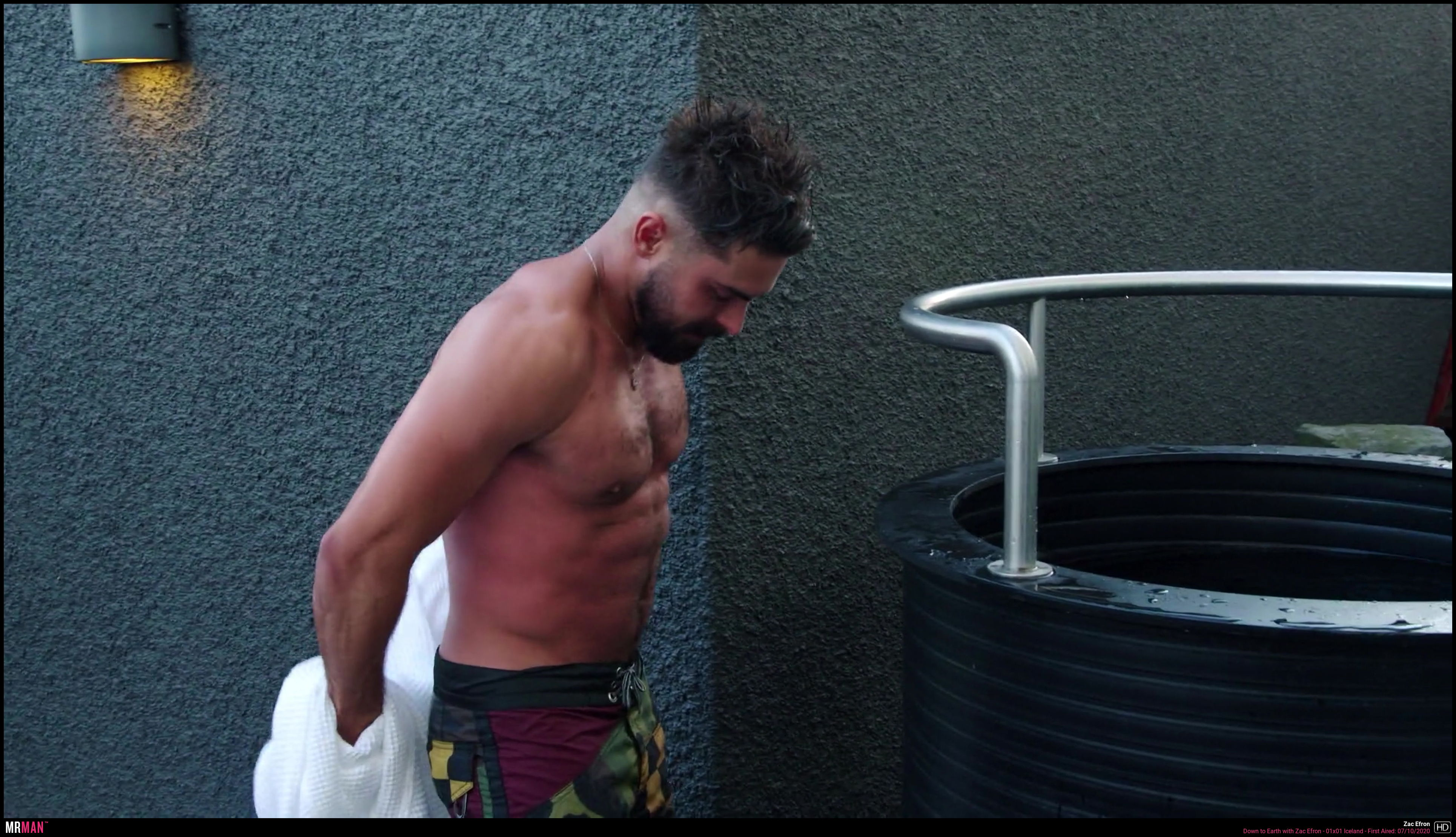 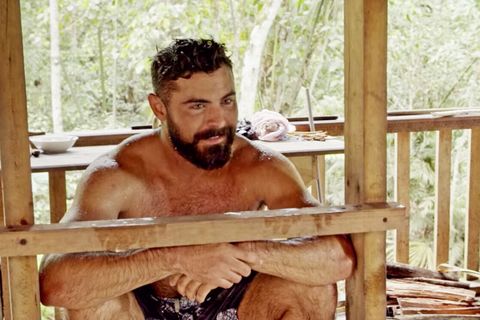 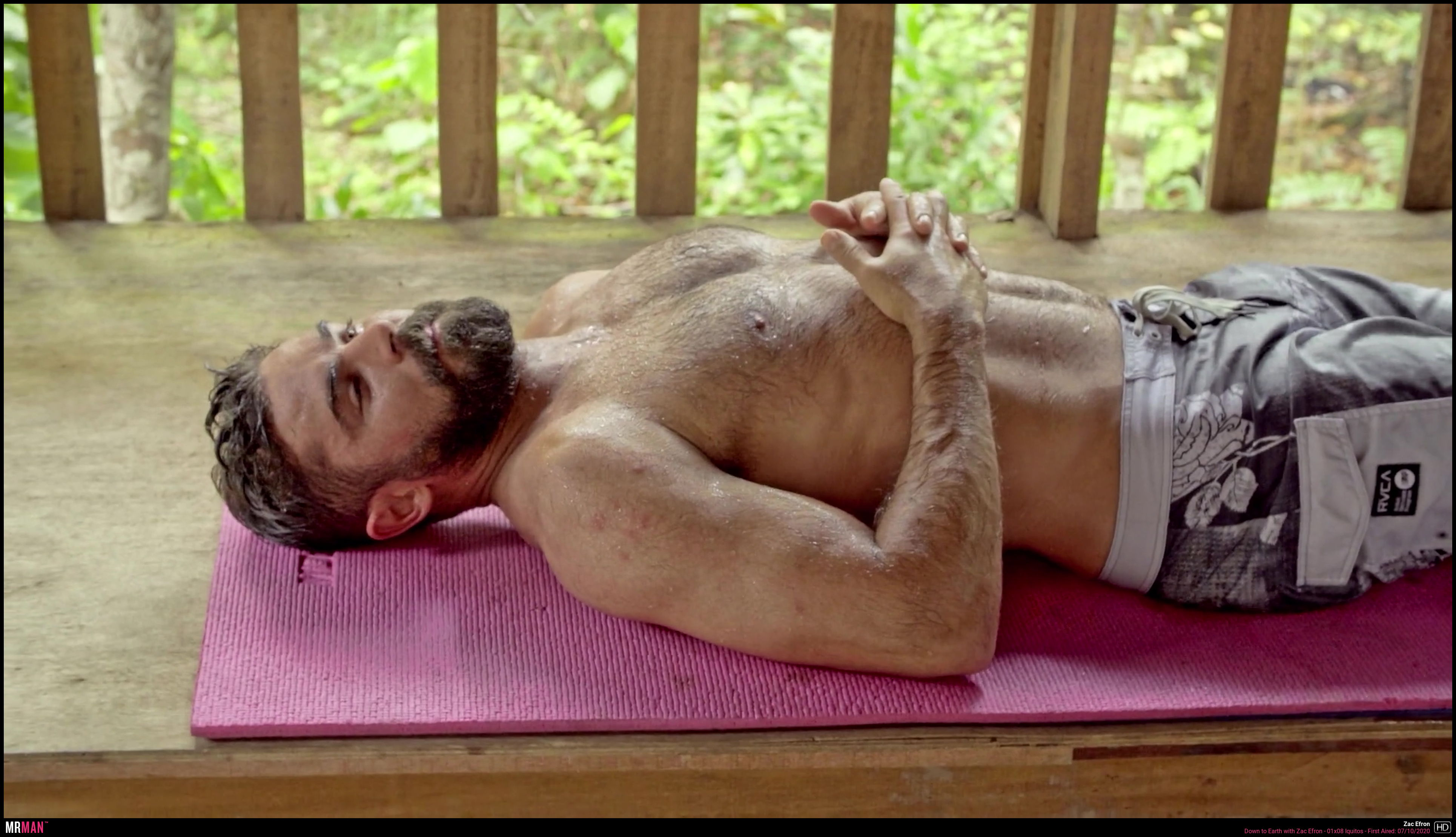 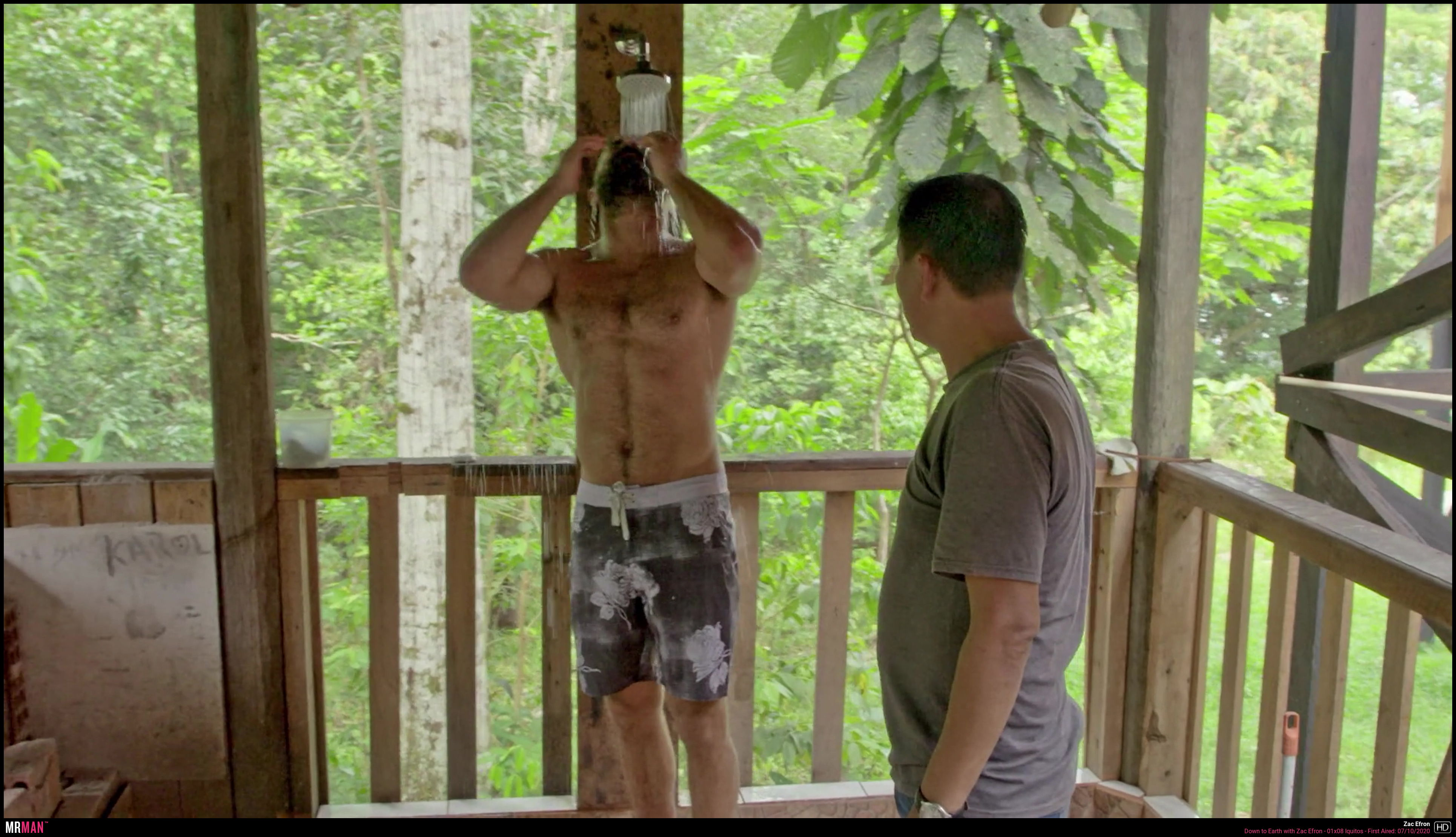 In Zac Efron's other shirtless scene on Down to Earth, he gets into a painful sauna with his rippling muscles on full display. Yes we've seen Zac Efron strip down in many different movies, and yes we've even seen him nude in projects like Dirty Grandpa and Extremely Wicked, Shockingly Evil and Vile, but there's something about being able to casually hang with this genuinely sweet star that makes Down to Earth really special. 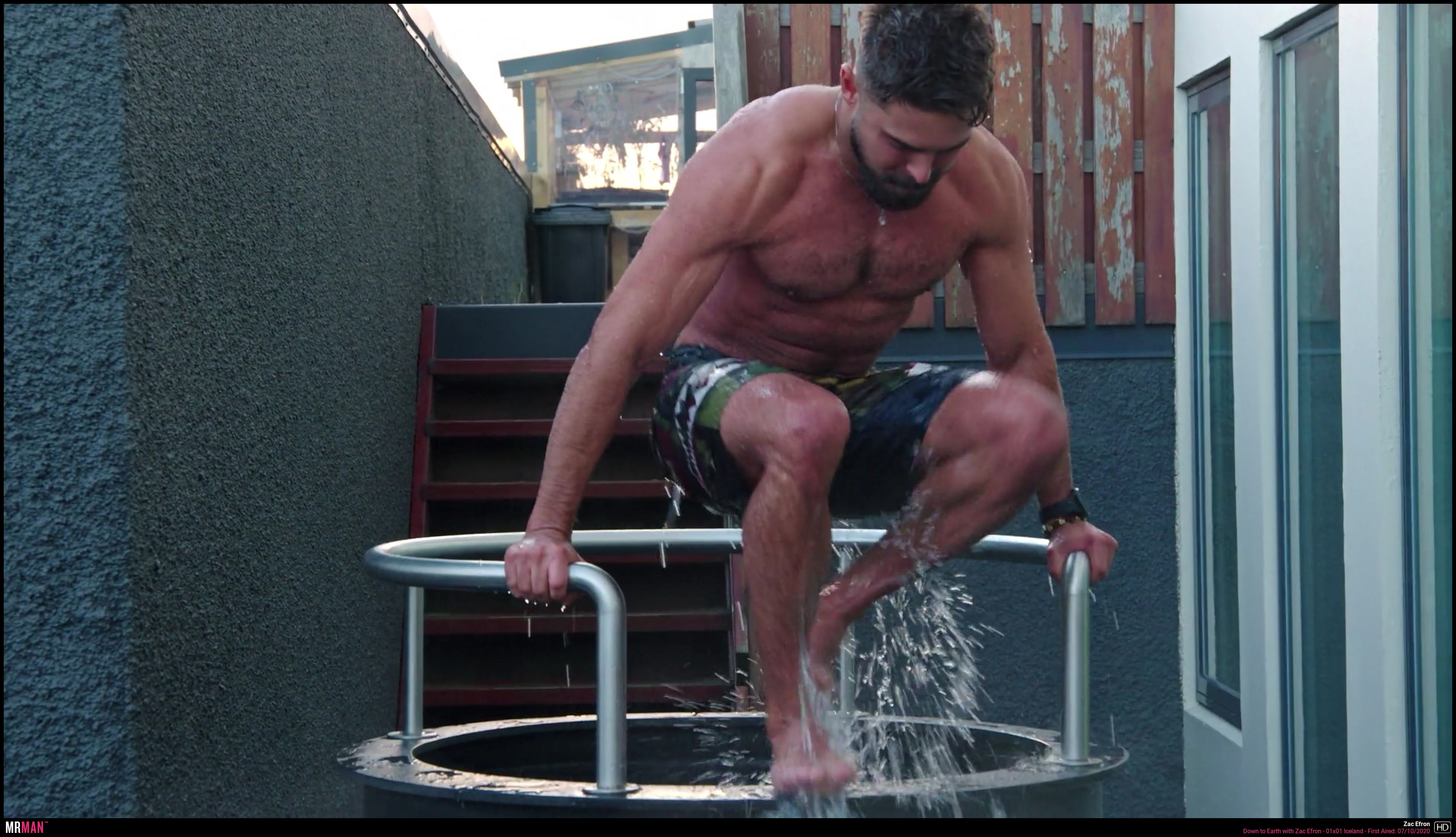