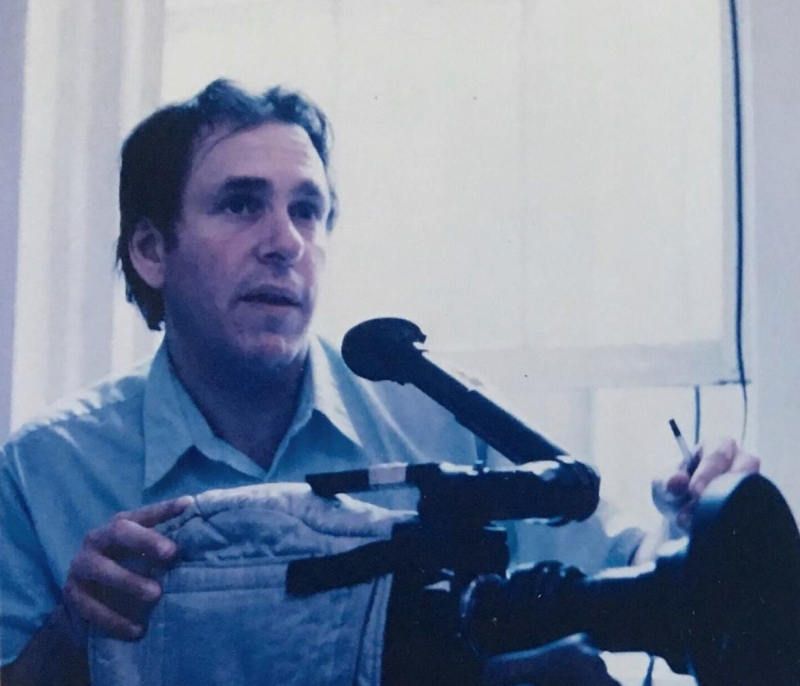 Editor’s Note: One of the pioneers of independent gay cinema in the 1970s and ‘80s, Arthur J. Bressan Jr. is best known for his devastating 1985 drama, Buddies (the first feature film about AIDS) and his groundbreaking 1977 film Gay USA (the first documentary by and about LGBT people). Working across multiple genres including documentary, narrative, adult and short-form filmmaking, Bressan’s boldness and artistry as a writer-director earned him both acclaim and controversy over the course of his decade-long filmmaking career. Bressan died of AIDS in 1987. The majority of his films have long been unavailable. The Bressan Project is currently undertaking efforts to preserve and make them available once again and has now re-released Buddies, Gay USA and his 1974 debut feature, Passing Strangers. Bressan’s 1979 feature Forbidden Letters will also be available via the PinkLabel.tv platform starting August 22.

Artie Bressan and I were friends. The sort of friends that did not see one another a lot — we lived in different cities — but who kept in touch frequently. When he came to Boston, usually to promote a new film, he always stayed with my lover Walta Borawski and me in our Harvard Square rent-controlled apartment. We hung out the few times I visited San Francisco in the late 1970s and he took delight in introducing me to his favorite places, from Hamburger Mary’s to used record shops. (I had already discovered the plethora of backroom bookshops on Castro Street.)

Artie and I first met when he came to Boston to premiere Gay USA in 1977. I had seen and reviewed his 1974 film Passing Strangers years earlier at an early incarnation of the Boston Gay and Lesbian Film Festival. I was working full-time as an unpaid critic, commentator and reporter for the gay press — making money to live by working in a local gay bathhouse and cooking in restaurants — and Artie and I immediately became instant friends who talked endlessly. Our friendship revolved around our love of film, music and — to a large degree — the post-Stonewall gay male culture that was emerging in the 1970s.

While Artie was excited by the new novels, films, music and theater coming out of Gay Liberation, he was also deeply invested in more traditional American popular culture, and like many queens, he had definite, often highly idiosyncratic, opinions. The 1930s operetta star — although trained as an opera singer — Jeanette MacDonald was the best soprano of the 20th century, even though to many people she was a camp joke because of her films. He found her close moments in the 1937 film Maytime some of the most moving moments in American cinema. When I countered with Maria Callas, Artie admitted she was more dramatic in her singing, but there was no comparison for vocal purity. Julie Andrews’s performance in the 1974 The Tamarind Seed, Blake Edwards’s routine romance thriller, was magnificent. But Artie was indulging in campy extravagance. When he argued that all of Frank Capra’s films were infused not only with an Italian-American sensibility but a specifically Sicilian one, you knew that he took movies — and his own ever-evolving aesthetic sensibility and decision-making process — very seriously. Artie understood what movies did, and how they did it, and what they meant to audiences on a profoundly emotional level.

Although friends, a great deal of our relationship revolved around our co-joined careers. I ran an interview with him in Boston Gay Review when Gay USA was released, and reviewed his films Forbidden Letters (1979), Abuse (1983) and Buddies (1985) as they appeared.

When Artie died in 1987 I wrote a long retrospective — probably the first — of his work, life and influence for Gay Community News. Yet, in the mist of history, as fondly as I remember Artie personally, and admire his work, what remains with me (as a critic, not his friend) is the enormous, groundbreaking impact that his work had on queer culture. 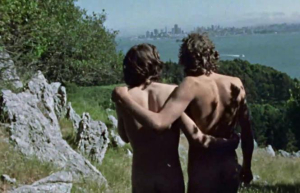 a scene in Passing Strangers (pictured) — not exactly a porn film, but with a lot of explicit gay male sex — where the young man who is going out with someone he has just met worries that his face is breaking out and looks into a mirror, holding up paper masks. Even in the deluge of independent queer cinema we have seen in the last decade or so, the poignancy and unfiltered vulnerability of this scene is startling.  Forbidden Letters revolves around a series of letters between Larry and Richard, his lover who has been jailed for a non-sex-related crime. Along with the romance and sex, the film questions the many effects of the prison system on queer men. The film has obvious echoes of Jean Genet and Kenneth Anger, but it refuses to play into the romanticization of prison that runs through their work and a great deal of many others'.

It was with Abuse that Artie really pushed the boundaries. Here, a gay filmmaker, Larry, starts shooting a documentary about Thomas, a gay teen who is being physically abused by his parents, and begins a sexual relationship with him. The young man, in his mid-teens, is trapped at home where the abuse, brutally and unhesitatingly depicted, continues. The filmmaker helps the boy flee the deeply toxic home and they run off together; the younger man possibly safer, the filmmaker now a criminal. Nothing is easy about the film, nothing is simple, nothing is clear. At one point, the young man actively begins to behave in ways to elicit abuse from the filmmaker. Everyone, including the filmmaker, know this relationship is, if not wrong, then certainly a really bad idea.

In the end, the audience is left with the impossible question: Is it better for the teen to be “saved” by this older man (which many would see as sexual abuse), or remain at home with the escalating parental abuse?  My admiration for Abuse only increased when I taught it in many of my LGBT Studies courses. Class discussions were emotionally torrential — inflamed, thoughtful, difficult, upsetting and eventually honest — as students confronted head-on issues, not just of intergenerational sex, but parental abuse, the fragility of youth, the responsibility of the artist, the lack of support of gay teens, and ultimately hidden and unexplored violence in our everyday world. Few other gay-themed films that I can think of have explored these issues like Abuse. 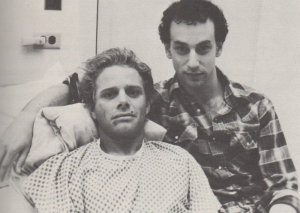 easy, since it was. It also took chances — the character with AIDS looks really, really sick, there is almost no lingering sentimentality, and the film centers on AIDS as a gay male reality, not something that happens to some people. These may seem obvious narrative devices now, but they were not in 1985; there were no accepted or unaccepted conventions for AIDS then; there were no AIDS narratives on film yet. The most striking aspect of Buddies — which depicts the growing relationship between Robert, a man with AIDS, and his “buddy,” David, who visits him in the hospital — is that it isn’t, at heart, about AIDS at all, but about the politicization of one man who understands himself as a gay man in a new way after witnessing the suffering of another human being. The act of political activism David takes at the end of the film is both breathtaking and moving, and was envisioned two years before ACT UP was formed.

Sandra Bernhard once joked that Patti Smith saw so far into the future that she could afford to take 10 years off. Artie Bressan, no matter how far he saw into the future, could not take 10 years off. It wasn’t only that he died at age 44 — the gay male world is filled with men who died before they should have — but because his determination and vision as a filmmaker was so insistent that time off would have been a betrayal of his art. Between 1972 and 1985 Bressan made 11 films — full-length, some shorts, a few porn movies — five of which helped define what queer cinema could, and should, do. His output was not only prodigious, but is still a bedrock for the future of queer film.

Buddies is now available on Blu-ray/DVD via Vinegar Syndrome, Amazon and other retailers. It is also available on VOD from Vimeo On Demand, and can be purchased on DVD and digital in the UK via Peccadillo Pictures and in Germany via Salzgeber.

We now have a shot at seeing his work thanks to PinkLabel.tv — Passing Strangers is out now, and Forbidden Letters is coming in August.

Films are available streaming on-demand for a two-day rental ($9.95) or permanent library ($13.93), or included in a PinkLabel.TV PLUS membership ($25/month) where viewers have unlimited access to more gay adult classics and over a thousand other unique adult films. You'll want to consider subbing to PinkLabel.tv, which also features the work of Wakefield Poole, Jack Deveau and others.