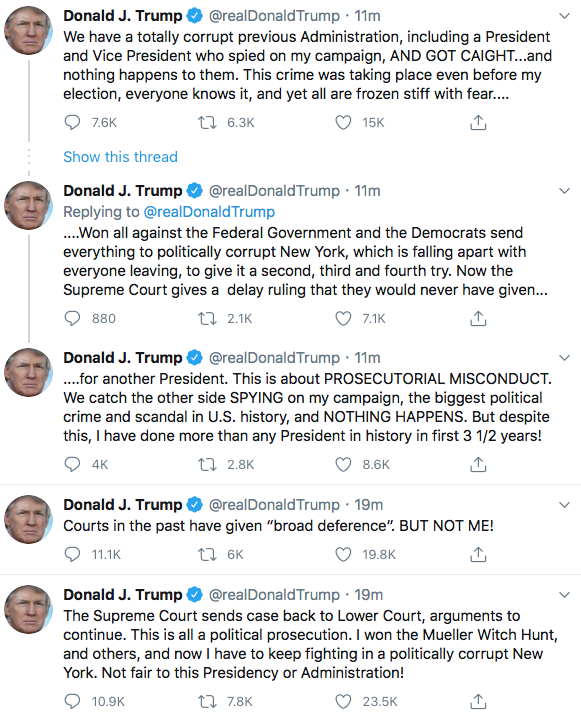 Now, the SCOTUS — including the two men Trump himself installed — has decided, 7-2, that his returns may be seen by the SDNY, which is likely going to build a prosecutable case against him for any number of things. (Tax evasion? Fraud? Even espionage is on the table, depending on where his money has come from, how he was able to get loans after establishing himself as a bad risk and more.)

The Court punted, however, on whether the House should get to see those returns. By the same vote, the Court decided more issues need to be hammered out in lower courts before Trump's returns must be handed over to the House. Still, that, too, looks bad for Trump in the long run.

Trump's tax returns will likely be accessed after the election by the SDNY. This is of vital importance because those potential crimes are unpardonable — and of course no pardon would be on the table if Biden wins.

Some argue this was a successful outcome for Trump in that we won't see his taxes prior to November. But in case you were wondering how momentously bad this decision is for Trump, check out his rage-tweeting at the top of this post.

We WILL see those taxes. THAT is the outcome that has him shitting his pants.