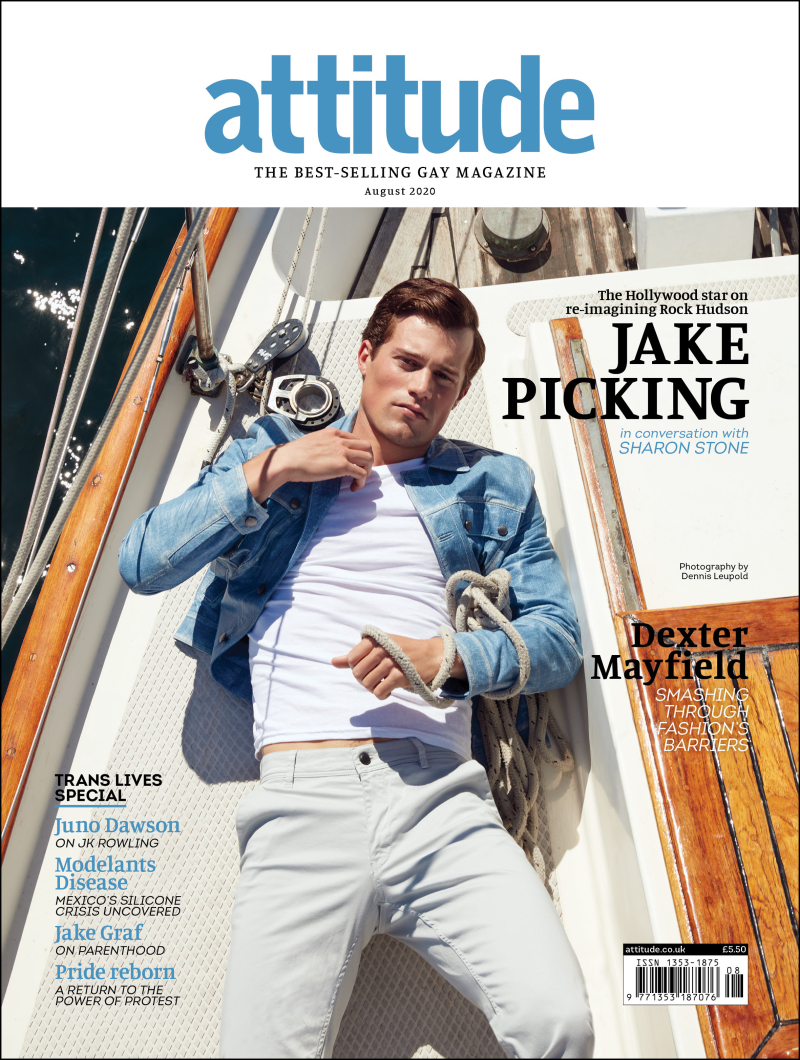 (Image by Dennis Leupold for Attitude) 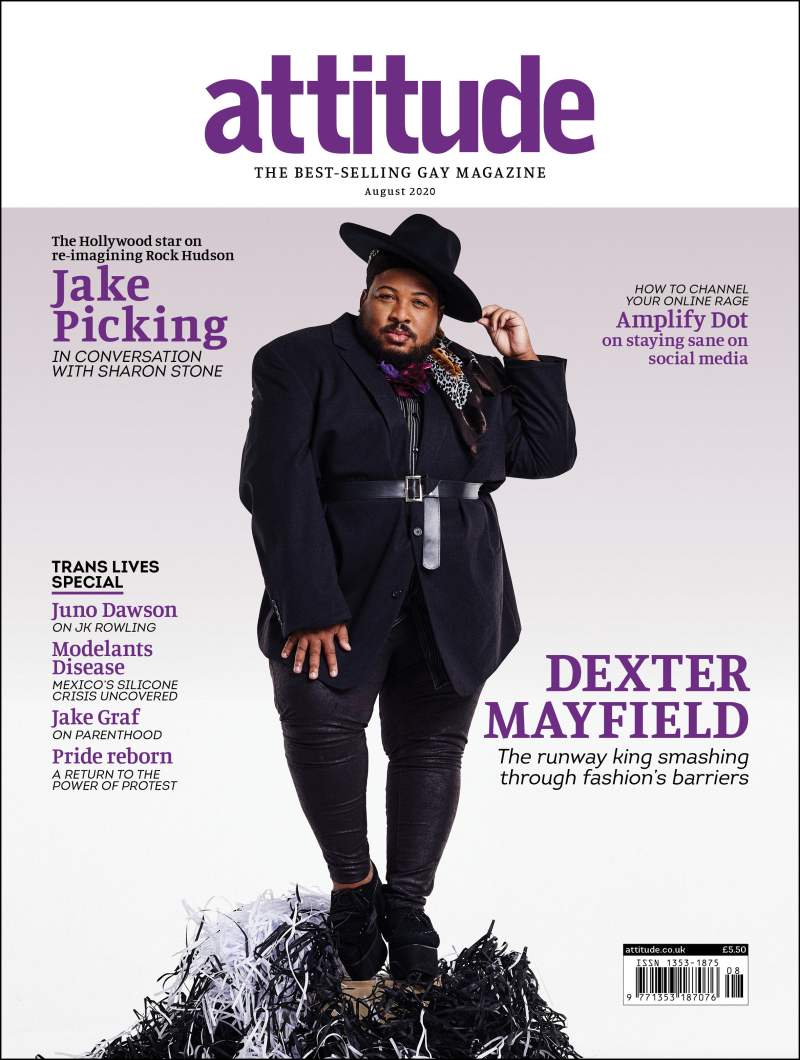 (Image by Leigh Kelly for Attitude)

In a major coup, Picking was interviewed by none other than Sharon Stone, who was apparently a pal of Rock Hudson's, who Picking portrayed.

SOCIALITE LIFE: I am Team Chrissy Teigen, who has blocked a million trolls on Twitter over the insane Epstein conspiracy theory that she is one of countless famous pedophiles who uses the word “pizza” as a synonym for “sex with children.”

NYT: Lots of extremely important users' Twitter accounts were brazenly hacked and turned into a bitcoin scam. The accounts included odious Elon Musk and angelic Barack Obama, not to mention, oh, Apple. Gee, maybe the supposed Leader of the Free World should not make major policy announcements via Twitter — someone can hack Trump's account and declare war and then what?

WOW: Hideous golddigger pockets his 81-year-old hubby's assets upon the hubby's demise, proclaims it was love. Look, I am a big proponent of May/December romances and marriages, but this one was more like elder abuse. And yes, I'm jealous! Saleh, 33, was killed and cut up — but the killer seems to have been interrupted. (Images via WPIX & Instagram)

TRUE CRIME DAILY: In NYC, a tech entrepreneur was found decapitated and dismembered. Video shows Fahim Saleh getting on his building's elevator with his probable killer, who was likely a hit man, and looking visibly confused. He was then probably attacked the moment he entered his digs.

Take it off! (Image via video still)

OMG.BLOG! (WORK UNFRIENDLY): Gotta love it when an athlete has a wardrobe malfunction!

THE WRAP: Nick Cannon, fired from Viacom, is out with a new comment on his heinous anti-Semitic remarks ... and this time, it's an apology. He will continue to host The Masked Singer.

CBS NEWS: Ruth Bader Ginsburg, 87, has been released from a hospital and is resting at home and doing well. Harper won three Emmys for Mary Tyler Moore and one for Rhoda. (Image via Julien's)

THR: Fuck the Emmys and Oscars — if you win their award, that physical award should belong to you, absolutely, and you and/or your heirs should be able to do whatever you want, including sell it, which is what Valerie Harper's family was trying to do with her four Emmys. The Academy is arguing those Emmys belong to them, which is a dumb rule that should be challenged, and is a rule they only made clear post-1975; these are all pre-1975. Hoping there is a resolution. I'm sure her family has mega bills after her years-long cancer battle.

TWITTER: Abigail Disney — of the Disney Disneys — says it's time for a wealth tax. And a bunch of poor-ass rednecks are angry about it. And they're poor!

Abigail Disney calls for a wealth tax: “Money has been concentrated too heavily in a too small population. It needs to be driven across the economy.” https://t.co/rP2iCIpLme pic.twitter.com/ZwEHXCW9sO

TWITTER: Skid Row singer and longtime actor Sebastian Bach tweeted that supporting Trump is to stand against rock and roll. It ... didn't go well, with many angrily reminding him that he once wore a T-shirt that read AIDS KILLS FAGS DEAD, a take-off on the Raid commercials of yesteryear.

FYI, Bach has addressed that 1989 controversy before:

I never usually talk about this but I read so much misinformation about it that I'm gonna set the record straight. I never wore no fucking anti-gay T-shirt to an MTV press conference. It's not true. I wore that shirt once in my life. I came off stage in Irvine Meadows in California after Pantera had opened up for us. When we finished, I was totally hot and sweaty. The guys from L.A. Guns were all backstage, so I said, “Gimme a fucking shirt to put on.” Gerri Miller from Metal Edge magazine is there asking for a picture of all of us, so I just pick up this hideous fuckin' shirt that some fan had thrown up onto stage and put it on. We all knew it was the worst shirt of all time. It wasn't some campaign that I went on. Kurt Loder from MTV, who's gay (and I don't think I'm outing him), got hold of the picture and put in on MTV as a news piece with all the other guys cut out: “In the land of homophobia, if Axl Rose owns the restaurant and Public Enemy are the diners, we have a new bus boy.” It was like I was the anti-Christ. Then Revolver magazine in the States said, “The most appaling moments in rock: even though Axl Rose got more press, generally Sebastian Bach behaved worse.” Then they said I wore this shirt at a press conference on TV. That's way different to being backstage with L.A. Guns all drunk and shit and sticking this hideous shirt on. It's complete bullshit.