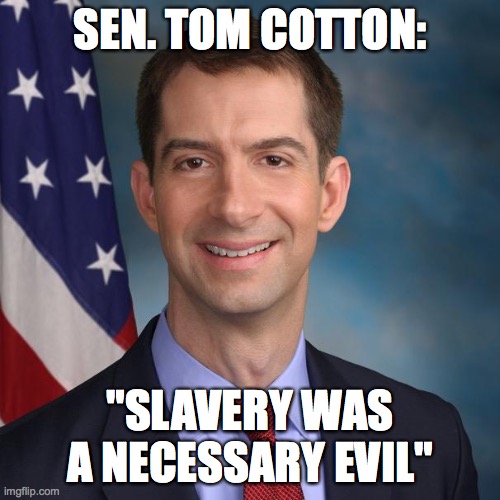 He's only half right. (GIF via IMGFlip.com)

ARKANSAS DEMOCRAT GAZETTE: White people who scoff at the premise that the United States is rife with systemic racism, here's one example: Sen. Tom Cotton (R-Arkansas), in speaking out against an initiative to make slavery more prominent in the lessons children are taught about U.S. history, called slavery “a necessary evil” — and the newspaper to which he was speaking buried it halfway down the story. The header made it clear on which side of history the paper feels Arkansas are:

P.S. If slavery was a necessary evil, that implies it might be again someday.

TWITTER: Sen. Ted Cruz (R-Texas) expresses contempt for waiters and waitresses and busboys, who he literally thinks do not deserve $600 to survive.

PAJIBA: Trump's convention sounds star-studded. (This is real, by the way.) The glittering names who will speak before Trump accepts the Republican nomination at the end of the month include Ted Nugent, Scott Baio, Antonio Sabáto Jr. ... and Diamond & Silk. Mommy, what letter comes after Z?

TRUE CRIME DAILY: That anti-masker from Florida who whipped out a gun when confronted in a store has been arrested. “If you vote for Biden, you are going to be in Nazi Germany.” That's her logic. (Image via video still)

TWITTER: This one didn't actually brandish his weapong, but he got close:

Anti-masker in Georgia with a gun gets confronted by a good samaritan pic.twitter.com/DBcJc8k7qQ

KARE 11: A Marshall, Minnesota, couple who wore swastika-emblazoned masks to a Walmart have been banned — but only for one year!

What happened today at our store in Marshall, MN is unacceptable. We strive to provide a safe and comfortable shopping environment for all our customers and will not tolerate any form of discrimination or harassment in any aspect of our business. We are asking everyone to wear face coverings when they enter our stores for their safety and the safety of others and it’s unfortunate that some individuals have taken this pandemic as an opportunity to create a distressing situation for customers and associates in our store.

TMZ: The Chainsmokers had a drive-in concert in the Hamptons. Yes, it had temperature checks, handed out masks and encouraged social distancing. No, it was not safe. It wasn't even close. Please — it's not for charity, it's because these artists are itching to perform again. There are many other ways to raise $ that do not involve this in-person risk, including — spitballin' here — going into their own rich pockets.

NYT: The country is falling apart and/or dying, but Melania Trump is pouring $ into the Rose Garden. Nobody's told her she won't be using it long.

DAILY BEAST: Another reason to hate Will & Jada — they were definitely into Scientology at some point, and fuckin' lied about it.

EXTRATV: I rented Dave Franco's The Rental (I'm an Alison Brie fanatic and tend to like well-done or even sometimes cheesy genre flicks) and really liked it! Far from cheesy, it's a stylish, slow-burn thriller unnervingly rooted in reality that takes its time with character development before upping the dread factor significantly, and its ending is anything but pat. Also, the poster below is brilliant. 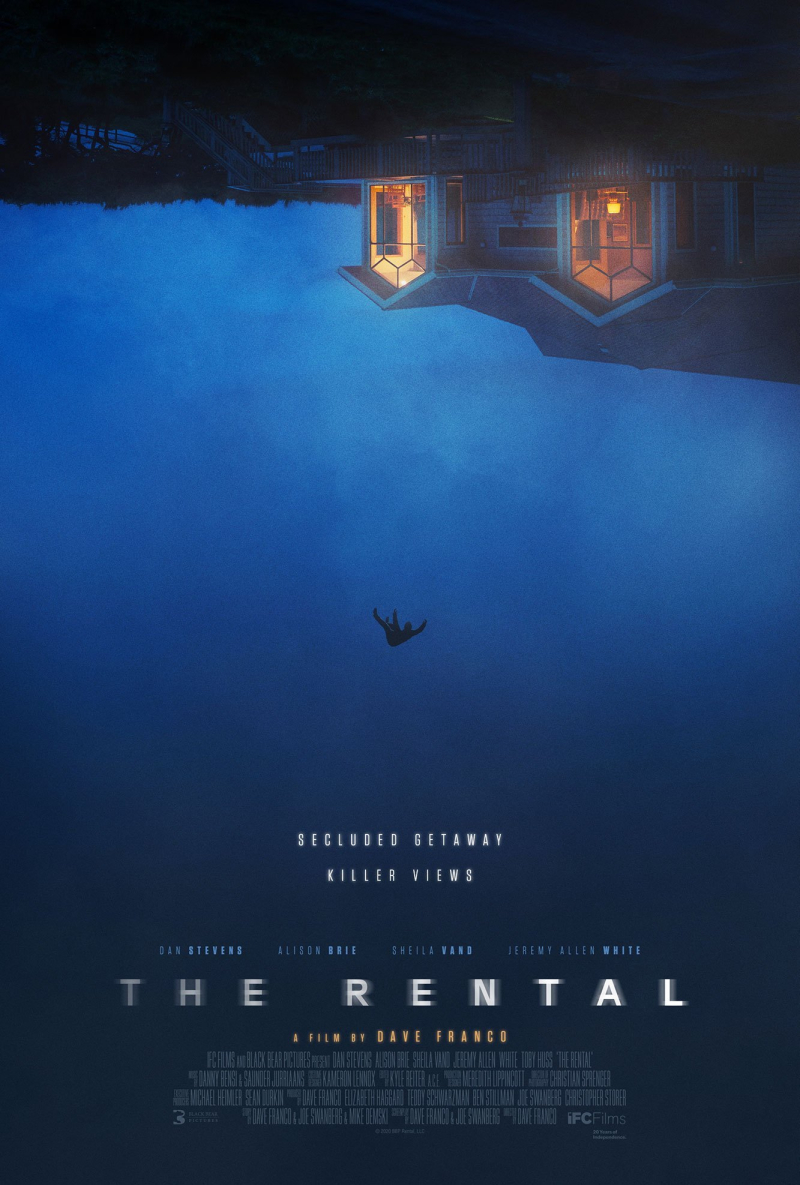 Cheesy, it is not. (Image via IFC Films)