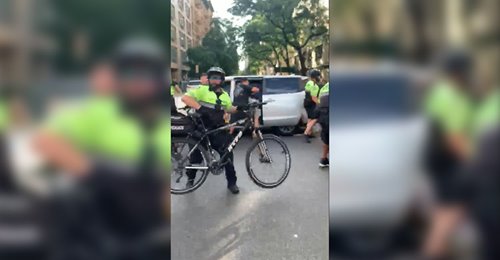 I truly can't believe this is in NYC. (Image via video still)

An unarmed protester in New York City was filmed being snatched off the street and hustled into an unmarked van Tuesday.

The U.S. is becoming a dictatorship as quickly as Trump can make it happen — but with only < 100 days until the election, it would appear he waited too long to make it a reality.

But is he spoiling for a civil war to boost his chances?

Because this is insanity and will only lead to violence ...