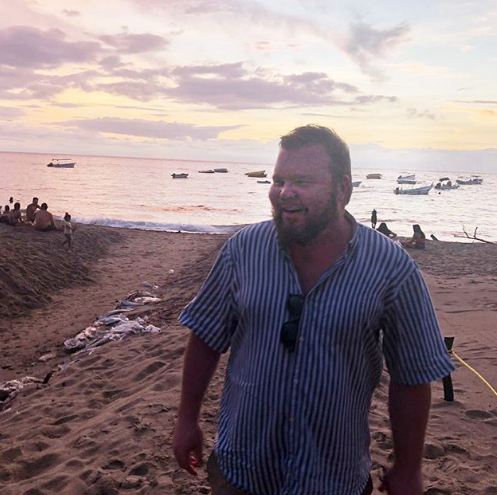 UPDATE: Christian's death was determined to have been from natural causes.

Ash Christian, a gay filmmaker who in his 14-year career won the Emmy; wrote, directed and starred in Fat Girls (2006); and produced the acclaimed Yen Tan film 1985 (2018) died overnight in Puerto Vallarta, Mexico, where he had been on vacation for two weeks.

His passing was confirmed by his collaborator Yen Tan on Facebook:

Information is sparse, and the following could change, but Christian may or may not have died of COVID-19; he had not been tested for it. He was apparently found dead Friday morning after having been ill for a couple of days.

Christian broke into filmmaking with his well-received Fat Girls, a fest fave about a theater-obsessed gay nerd and his bestie (Ashley Fink).

Among other projects, Christian was a co-producer of the Broadway hit Next to Normal (2008); produced Hurricane Bianca (2016) and Hurricane Bianca: From Russia with Hate (2018); and was working on as many as half a dozen new projects at the time of his death.

Christian was warmly remembered by actor Molly Shannon (with whom he worked on the 2016 movie Miles) in an Instagram comment. She wrote:

He was a wonderful guy. A very smart producer and just all around wonderful person.

Christian was also memorialized in an IG post by his traveling companion Ryan Mathieu Smith, who as of Friday had not yet left Mexico: