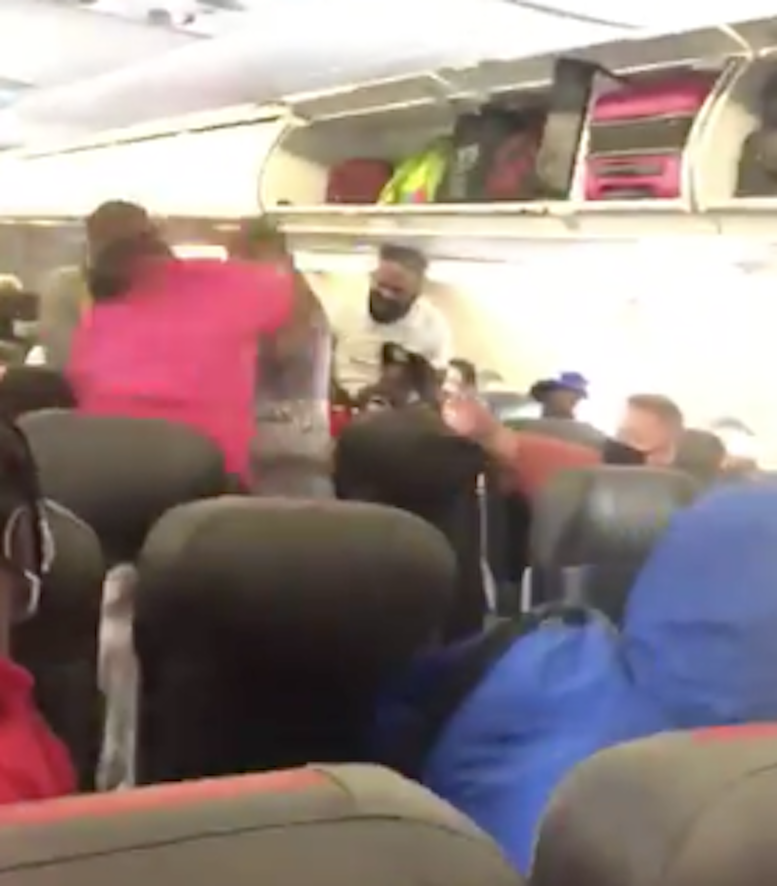 It never ends. I guess it will end when the pandemic ends.

On August 17, a woman on an American Airlines flight from Las Vegas to Charlotte adamantly refused to wear a mask, in spite of it being the airline's stated policy.

Becoming belligerent, she caused a fist fight, caught on video by a fellow passenger.

American Airlines has announced it will ban anti-maskers for the duration of the pandemic, but I would think this woman should get a lifetime ban — breaking the rules, breaking someone's face: