In Secret Recordings, Trump's Sister Says He Has NO PRINCIPLES, Can't Be Trusted, Is CRUEL Comments (0) 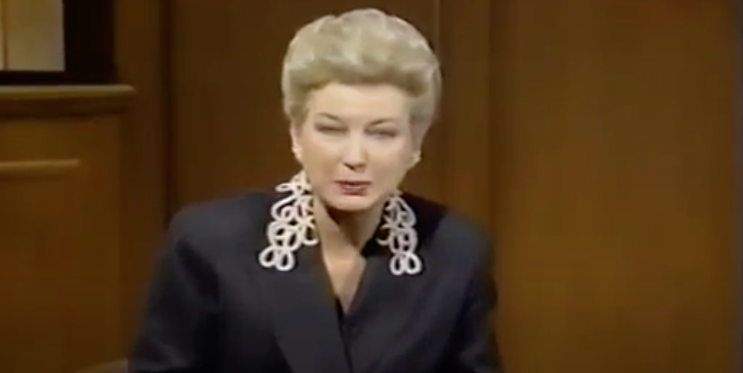 Maryanne Trump Barry, as seen in an instructional video in the '90s (Image via video still)

Thanks to secret recordings by Mary Trump, we now have transcripts of what Donald Trump's big sis Maryanne Trump Barry really thinks of him — and the answer is NOT MUCH!

According to The Washington Post, Trump Barry told her niece:

All he wants to do is appeal to his base. He has no principles. None. None. And his base, I mean my God, if you were a religious person, you want to help people. Not do this.

She was referring to the separation of children from their parents at the border, something Trump bragged about and something he once inferred his sister, a judge, would support.

Unaware she was being taped, Trump Barry said:

I’m talking too freely, but you know. The change of stories. The lack of preparation. The lying. Holy shit.

But she also went on to say Trump doesn't read anything, and:

Mary Trump's recordings are legal, by the way. If only Maryanne Trump Barry would cut an ad for Biden; Mary has already pledged to help him in any way she can.