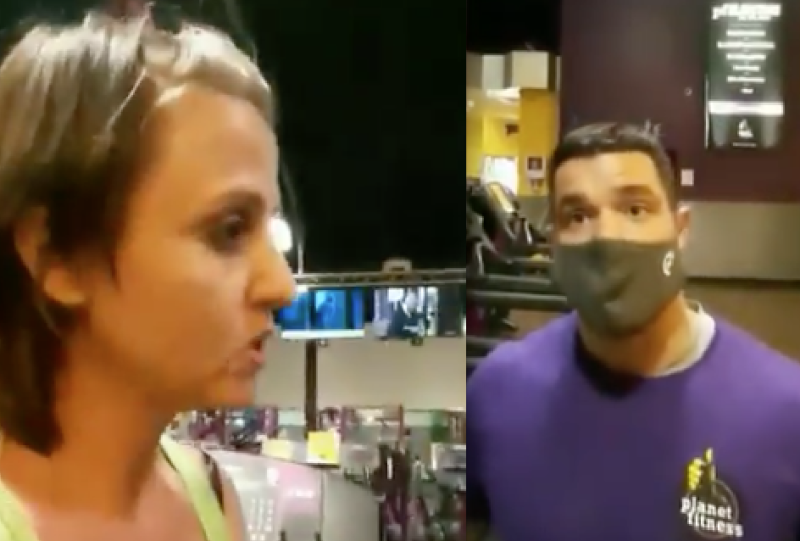 You're stopping her from liberty-ing! (Images via video still)

YAHOO! LIFE: Anti-mask COVIDiot Anna Peric has been terrorizing Ohio by showing up in various places where it's only sensible to wear a mask and harassing workers by telling them she doesn't have to wear one because she is UCKS-ER-SIZING.

JOE.MY.GOD.: Nikki Haley really wants her GOP supporters to think of her as white, so posing as a Karen is a brilliant idea: She posted a whoa-is-me tweet about Popcorn Factory missing two deliveries 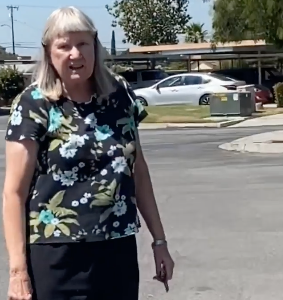 INSTAGRAM: Racist Karen calls Black man who dares to park in her apartment complex the N-word, explains how she's stealing from him, how Black people came to America (apparently, not against their will) and he was just coming over to “get a piece of ass.” These people are wastes of space. Watch it, because it ends with a Black officer showing up, lol:

THE HILL: Republican governors in Texas, Arizona, Georgia and Florida have all seen their approval numbers dipping due to their disastrous approaches to COVID-19.

THE HILL: Trump may accept his party's nomination at Gettsyburg. I guess he is running for President of the Confederacy of Dunces.

Eights across the board! (GIF via GIPHY)

THE ADAM SANK SHOW: Wilson Cruz guested on The Adam Sank Show this weekend, and he was asked to rank co-star Anthony Rapp's kissing skills on a scale of 1-10. He went with ... 8.

He also talked about how playing Rickie on My So-Called Life helped him come out to his dad. Must-listen interview!

CNN: The White House reached out to right-wing zealot South Dakota Gov. Kristi Noem last year about how to go about adding Trump's face to Mount Rushmore. No, really!

POLITICO: Watch this carefully, because this — racist fears over BLM/riots — is all Trump's got.

TMZ: Giuliani confirms Kanye's really in it to help Trump win. (If that happens, the Kardashians better be ready to become the new Romanovs. It won't, in part because Kanye's campaign is such a fraud he may be charged with it.)

KENNETH IN THE (212): Kenneth's “Weekend Tennis Diary” — you don't have to care about sports. 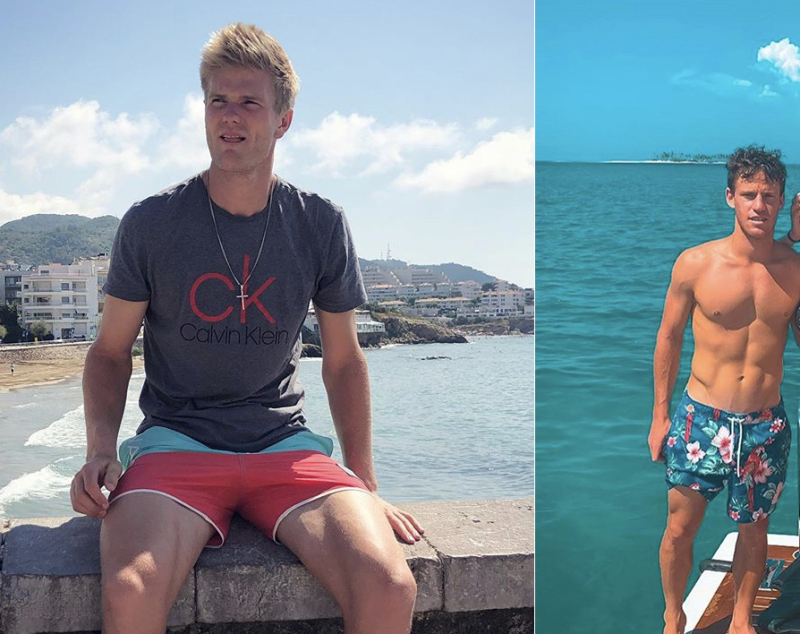 Covering tennis is a great racket. (Images via social media)