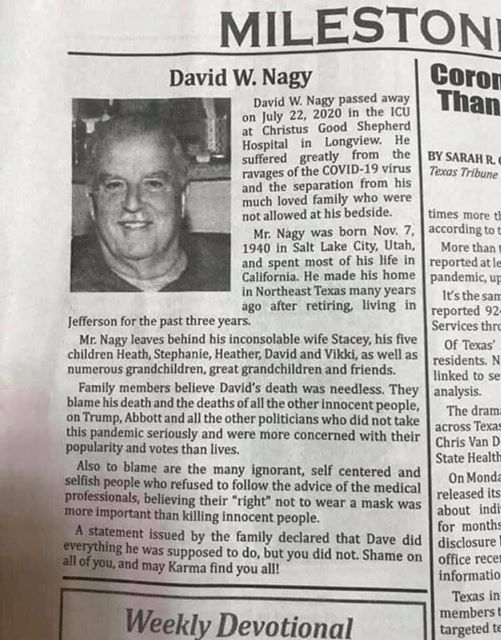 OCCUPY DEMOCRATS: I tried to verify that this obit is 100% legit; it was shared by the usually on-point org Occupy Democrats. I believed it was real, but was told it was from The Longview News-Journal, and when I asked, they said no: "Matthew, this did not run in the Longview News-Journal. We've also been looking for the source." As you may recall, I've always been a big fan of vindictive obits: 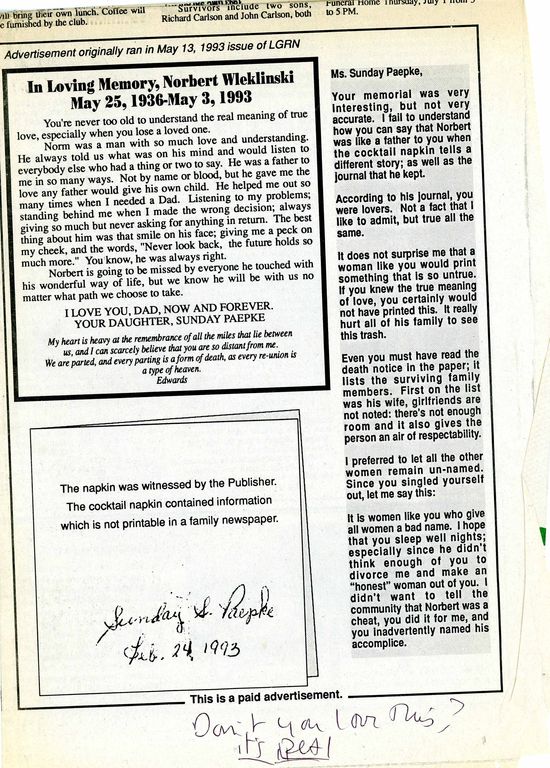 A Google search confirms the ho-bag is alive! (Image by Matthew Rettenmund)

FORBES: New study suggests that children may spread COVID-19 more efficiently than adults. School's out ... for- ... ever!

TELEGRAPH: Trump is apoplectic that Nevadans will be able to vote by mail, threatens to see its guv in court.

YOUTUBE: Heartbroken Judge Esther Salas speaks out about the need to protect the private info of federal judges after her son was murdered and her husband shot three times by a disgruntled, terminally ill men's rights loon:

INSTAGRAM: Following her egregious sharing of a hydroxychloroquine video and praise of obvious quack Dr. Stella Immanuel (for which Madonna is completely unapologetic, and which was only removed because IG removed it), Madonna has posted many positive things on her IG, as she usually does. She relentlessly posts or re-posts thoughtful BLM information, she has assailed Trump and today she posted this about mental illness — with no indication as to whether mental illness affects her personally/her family: 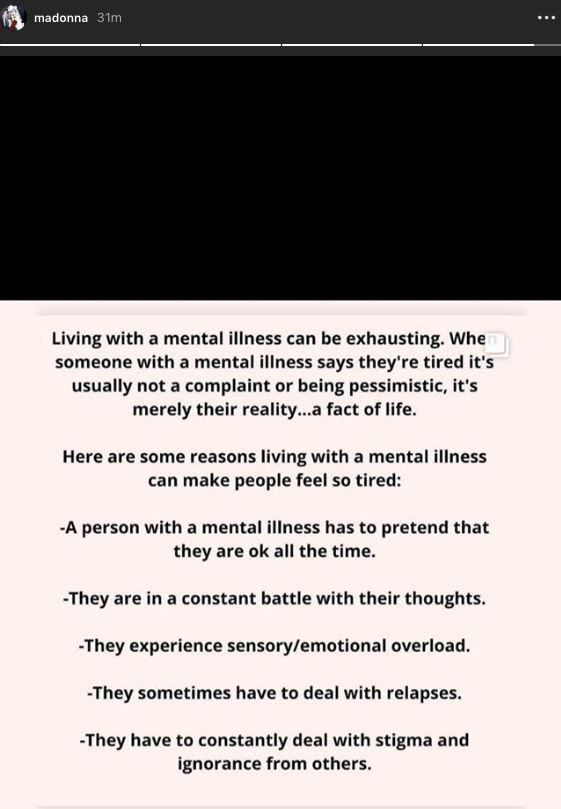 However, her boyfriend, Ahlamalik Williams, has kept his Stories filled with anti-Bill Gates, anti-Fauci, pro-hydroxychloroquine propaganda, and is now sharing the words of infamous anti-vaxxer Robert Kennedy, whose beliefs on the subject of health have been disavowed by his family. So it would appear that Madonna is continuing her unfortunate pattern of absorbing the demeanor of whatever man currently has her heart: 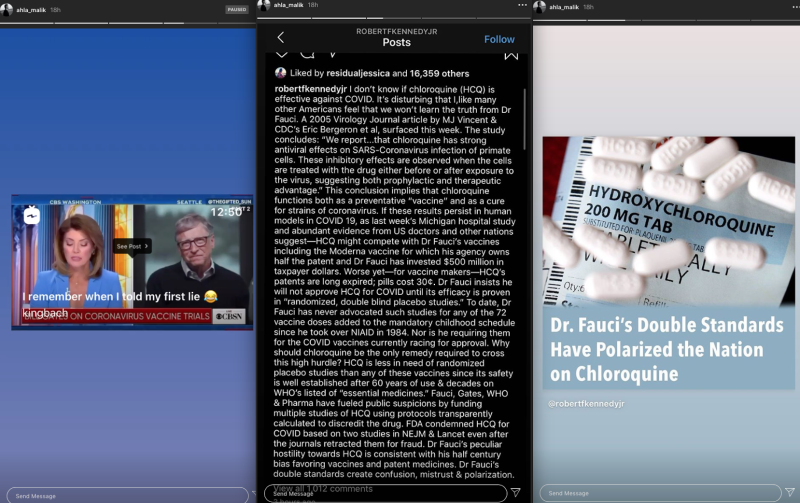