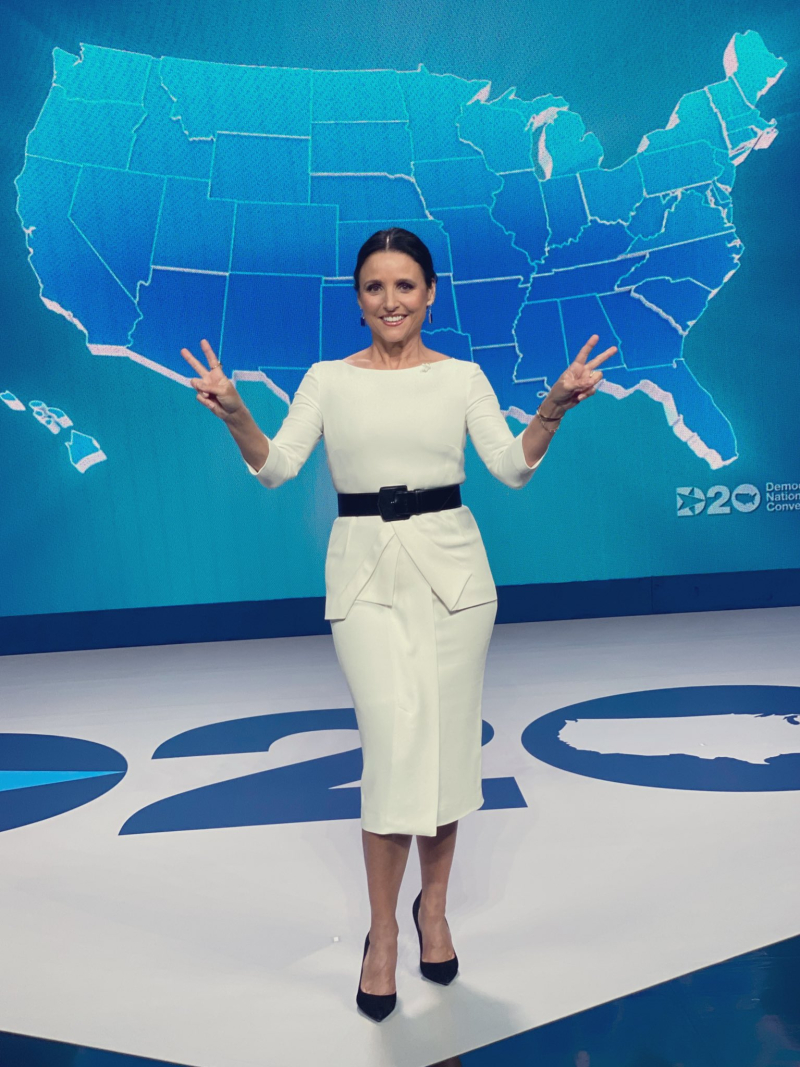 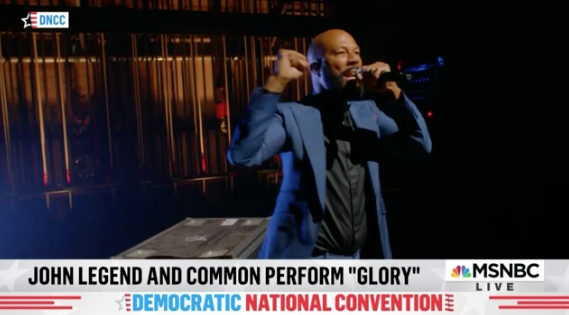 Presidential historian Jon Meacham made a far more sobering case, regarding saving our souls, arguing that Biden has the empathy and sense of justice to make a great POTUS.

New Mexico Rep. Haaland became another Native American voice, reminding us that tribal nations have fought for and helped to build the U.S. 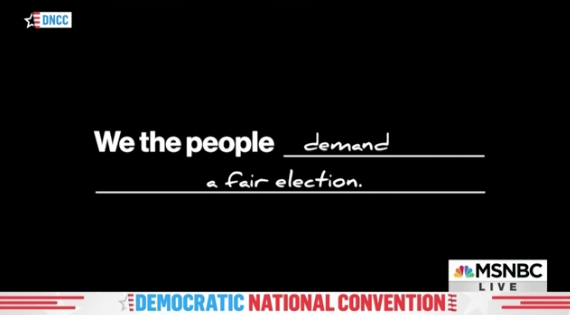 Oh, God, I loved the segment on the first year people voted, and it included Sarah Cooper doing the Trump lip-syncing that has made her an overnight star.

"Donald Trump doesn't want any of us to vote because he knows he can't win fair and square."

WATCH: Sarah Cooper appears at the #DemConvention, doing her signature Trump impression, then speaking "in my own words." #DNC2020 pic.twitter.com/GyLWF6z29Y

It was a clever way to hit that USPS scandal again, and grabbed attention ahead of Alex Padilla (California's SOS) and Jocelyn Benson (Michigan's SOS) speaking about the myriad ways in which Trump has tried to influence — and has threatened to cancel — the election. 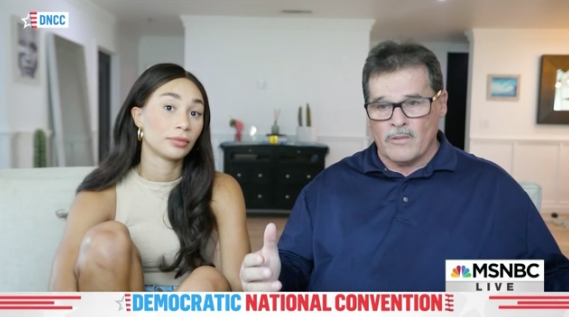 Next up, more reassurances about the Democrats' commitment to immigrants, which will be a huge issue for Biden when he takes office. 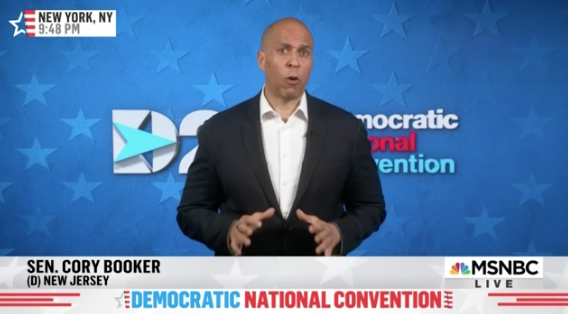 Sen. Cory Booker gave his best impassioned speech about income inequality and poverty, a good theme for him. The last round table was heavily about unions. I continue to be flabbergasted by how disloyal some union members are toward Democrats, and I am hopeful it will be changing in 76 days. I do think the blue-collar workers in the Midwest and the Rust Belt are far more sold on Biden than they were Clinton. 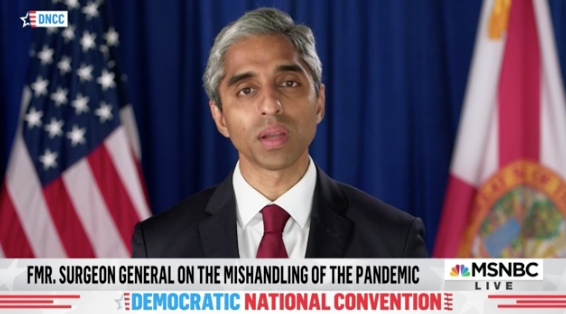 “I've seen him when no cameras are around.” (Image via video still)

Former Surgeon General Dr. Vivek H. Murthy took the unusual step of speaking at the convention, urging people to vote for Biden in order to get us a leader who takes the coronavirus seriously, and apolitically. I found his testimonial exceptionally well-delivered. 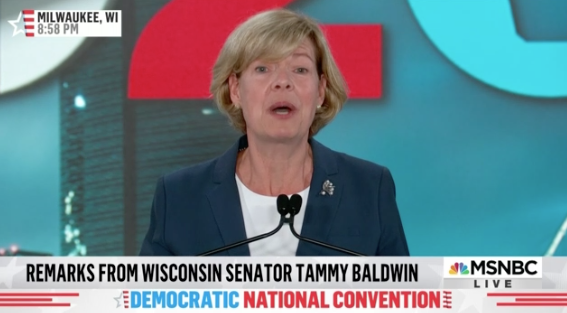 Sen. Tammy Baldwin of Wisconsin — it's all about Wisconsin, kids! — spoke next, offering a personal story of being ill as a child and tying it into health care and insurance. “What kind of country do we want to be?” she asked. “Do we want to be one where millionaires get to dodge taxes ... or one where health care is affordable for all?”

I must say that of all the veep also-rans, she was the only one who sounded like she could have been in Kamala's league. 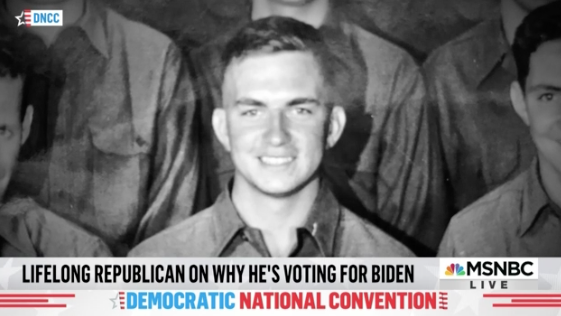 “I think Trump has been the worst president we've ever had.” (Image via video still)

They snuck another former Republican in there, a 95-year-old WWII veteran. But I love that kind of poaching, even if it makes progressives squirm. (He wasn't the last, either.) 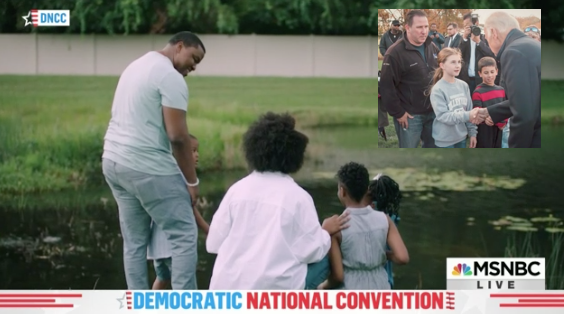 “He is the best candidate for America — not just for our family, for all famillies.” (Images via video stills)

endorsement was from a younger man. He and his wife talked about the sacrifices military members make, and Jill Biden jumped in to remind us of Biden's long history with military families, saying that Biden considers taking care of them a sacred duty.

The woman who Tucker Carlson called ridiculous — war hero Sen. Tammy Duckworth of Illinois — brought the point home with a speech about Biden's empathy for people like her, thanks to his late son Beau's service. I also liked her tough reminder that Trump is a coward, one who hasn't lifted a finger against Putin. 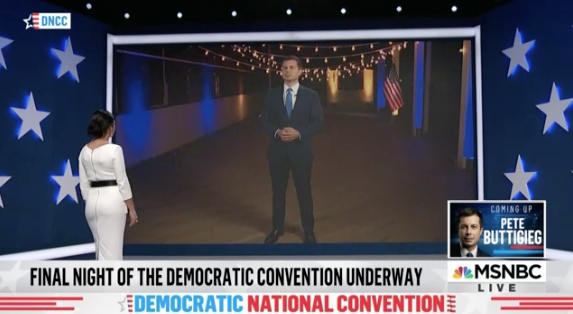 A tribute to Beau Biden was deeply moving, and led to Julia hitting again on Biden's empathy — he called her when she was diagnosed with cancer. She then introduced Mayor Pete, who gave an earnest speech about our country's “circle of belonging.” Pete was able to speak to Biden's military bona fides, and also his early (compared to most establishment figures) endorsement of same-sex marriage.

It's incredible that Buttigieg really had to kind of remind us of the groundbreaking nature of his run — it's all changing so quickly!

I missed Castro from the group of presidential also-rans (???), but it was an otherwise fun regrouping. I had thought that without COVID-19, it might have been effective to have them all at Joe's side when he gives his speech. 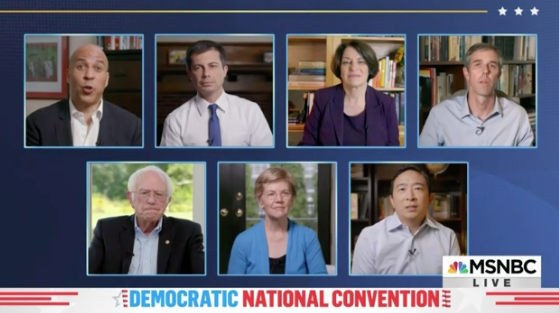 I loved Yang saying that anything Biden embraces becomes “the new reasonable.” It was also so important when Sanders urged progressives, moderates and conservatives to come together to vote for Joe. I definitely could have lived without hearing from billionaire Mike Bloomberg, whose promised money has failed to materialize. But I suppose he was a good attack dog on the topic of business and the economy. HUH??? 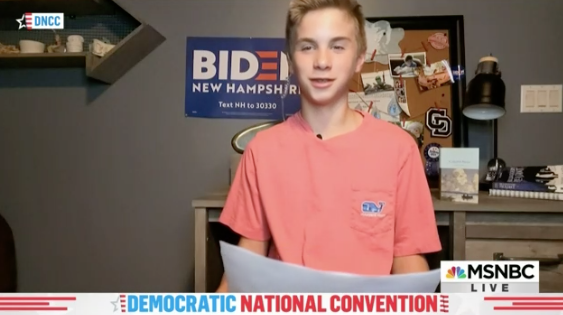 “We all want the world to feel better.” (Image via video still)

Oh, man, the stuttering kid, Brayden Harrington, was on hand to remind us why Biden is sometimes not the most eloquent — and it was too sweet. What a brave kid.

The Granddaughters seems like a new Netflix series-in-the-making. These girls are really charming. Biden called them while they were filming, hehe. Also cute, the Currys, an actual family with an actual series. Surprised they got so much time; I bet they tested well. 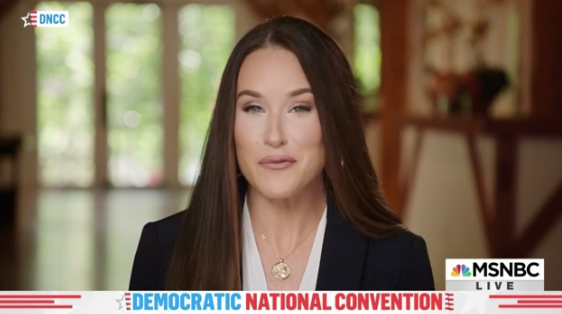 As effective as they were, the real tearjerker was when they intro'ed a reel of their late brother speaking about  their dad. (Images via video stills)

From the Currys, back to the Bidens — Joe's two living children. Yes, including Hunter Biden. Who, by the way, has done nothing wrong, yet is very much on the lips of the GOP.

The final wind-up to Biden's speech hit his stuttering hard, which was brilliant. It lowers expectations as well as setting him up as an empathetic and relatable figure. 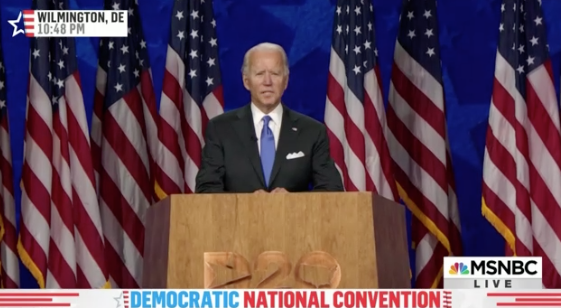 Hope over fear, facts over fiction — these were the first promises Biden made in his hard-hitting acceptance speech, which was designed to remind us of who we are as much as to inform us who he is. Loved him reminding us of FDR's New Deal, too. 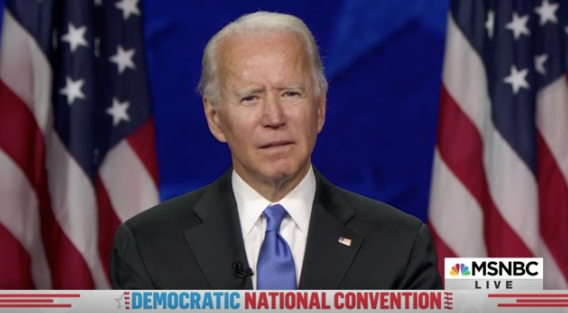 “This is our moment to make hope and history rhyme with passion and purpose!” (Image via video still)

Biden has been waiting to deliver this speech for 50 years, and I think he did so well, following a crazy-good DNC — the only one I have ever watched all the way through. He hit on all of what's wrong with Trump, brought up all the points I feel our base wanted to hear about (particularly effective in imagining a future with racism in our past by “laying down the heavy burden of hate at last”), and was extremely hopeful, optimistic and decent.

Gotta be the best Biden's ever been.