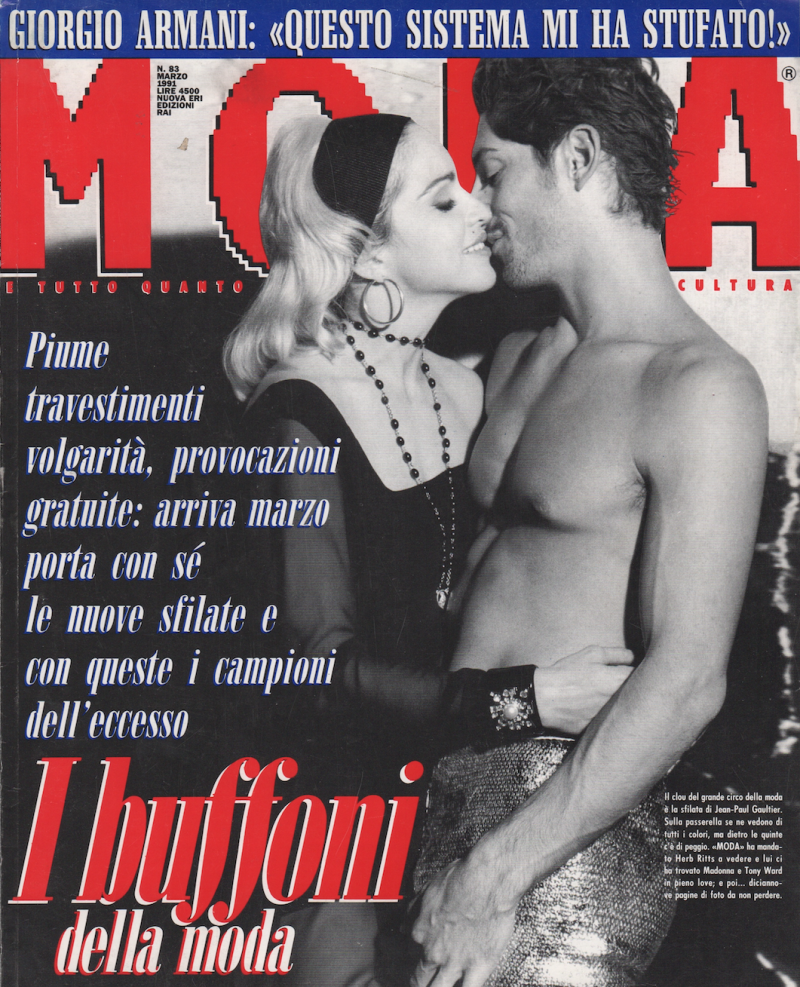 I have a promo poster of this. Now what the fuck do I do with it?! (Image by Herb Ritts for Moda)

This has been developing for some time, but Madonna's ex, the model and sometimes actor Tony Ward, is now fully devoted to the QAnon conspiracy theory, posting about imaginary child-sex cults, decrying COVID-19 as a hoax and more. 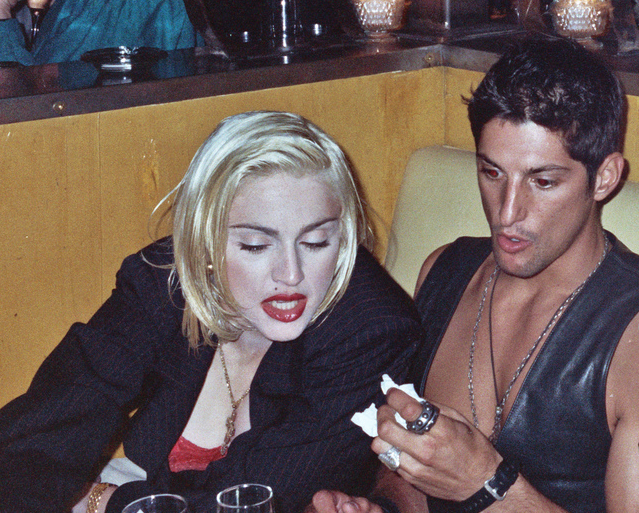 Ward and Madonna when things were good. (Image by Alan Light)

His most recent Instagram Stories have him literally cheering on accused murderer Kyle Rittenhouse, the 17-year-old Blue Lives Matter gun nut who traveled from out of state into Kenosha, Wisconsin, and allegedly shot three protesters, killing two. Rittenhouse has been arrested and charged with first-degree murder. 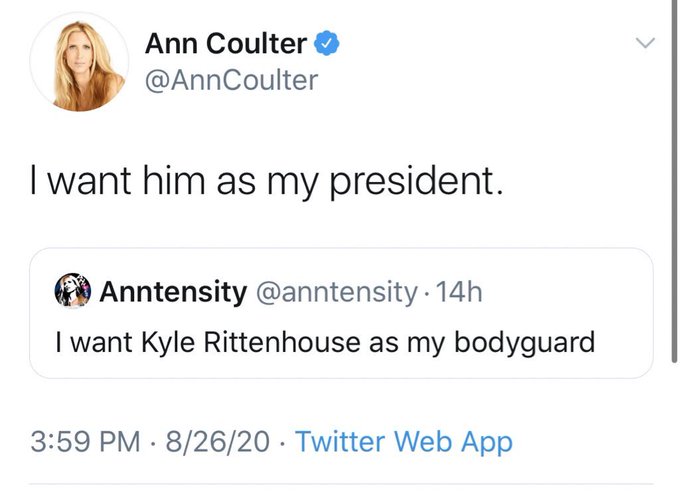 Ward's descent down this rabbit hole is disturbing. He used to be a real beauty and for many seemed a great match for Madonna. He had addiction issues and was given the heave-ho, but she's still friendly with him. In fact, he almost played the gun-toting killer in her controversial God Control video (but was busy, doing what, I don't know ... perhaps he didn't want to be in an anti-gun project), she's in touch with him and her manager Guy Oseary still follows him.

Oh, how the mighty have fallen. 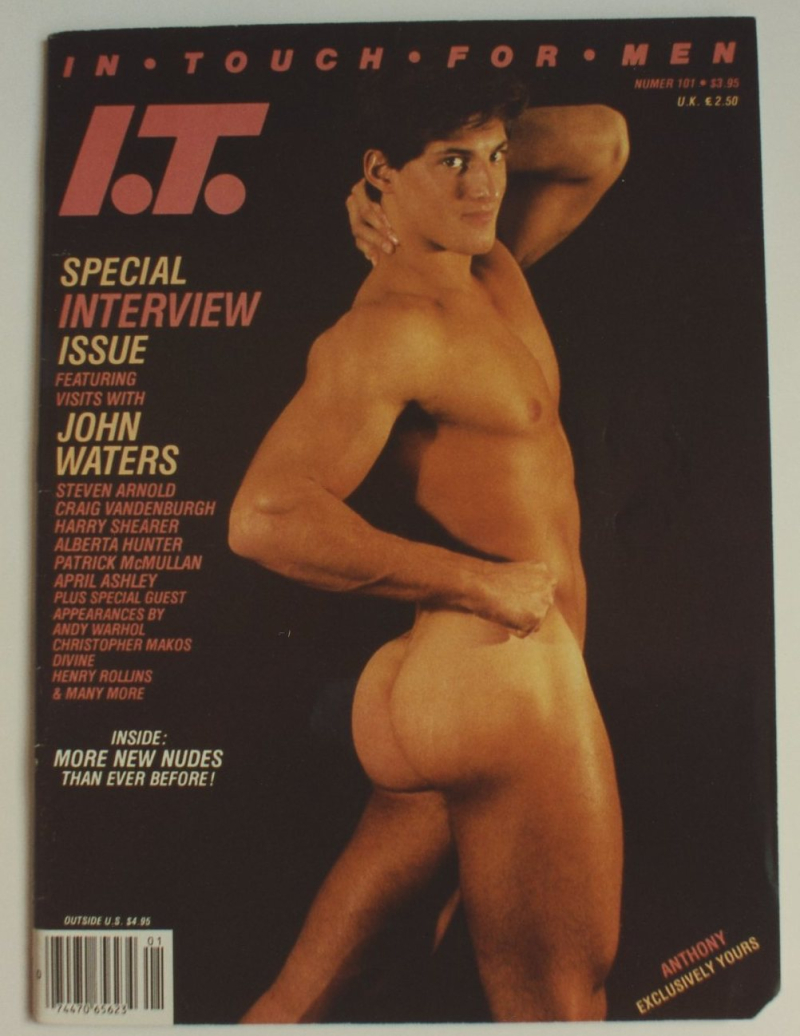 In Touch for Men ran a new cover when Ward dated Madonna, but this outrageously memorable one I had to order as a back issue. (Image via In Touch for Men)

I remember when Madonna began dating him and his nude-modeling history was exposed. His poses are legendary in the later history of beefcake imagery, as was his bubblebutt. In a 2018 interview with Rick Castro, Tony lamented that he was once more famous for his ass, but, “I lost it ... I want it back.”

We just want Tony Ward back.