Night 1 of the RNC was shrill, racist, charsma-challenged, deceitful and LOUD. Kimberly Guilfoyle's shrieking-harpy speech — delivered to an empty room — was a remarkable example of fascistic rhetoric, which was ironic because she was shrieking against totalitarianism.

She also declared herself a first-generation American, even though her mom was born in the U.S., in Puerto Rico. Nice to see she has adapted Trump's hatred of the island.

From Guilfoyle to white supremacist Charlie Kirk to gun-toting racists the McCloskeys, most of the speakers reminded viewers how awful the state of our union is, yet urged them to re-up for four more years of the man who brought us a runaway virus, a tanked economy, record unemployment and daily racial unrest. 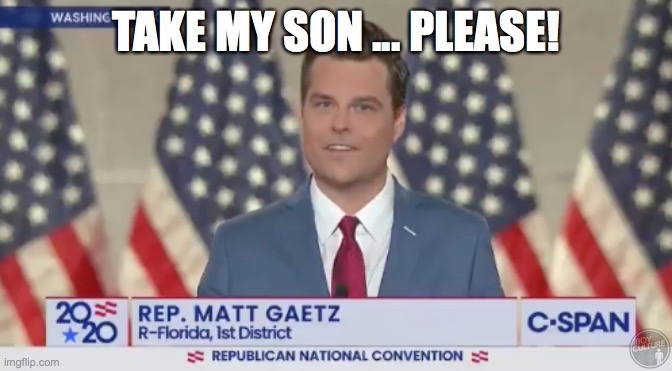 This shit isn't going to work. These types of messages — THEY'RE GOING TO STEAL YOUR COUNTRY! — often do work, but not when they're delivered this nakedly, and by people who have been so widely discredited.

They promised an optimistic convention (Sen. Tim Scott Uncle Tommed it up, providing at least a positive tone, but Herschel Walker was enlisted to deliver the inspiring message that despite what you've all heard, Trump ISN'T a racist), like George H.W. Bush's that dispatched Michael Dukakis.

They delivered a creature feature.