THE ADVOCATE Endorses Biden, He Speaks To The Legendary LGBTQ Magazine Comments (0) 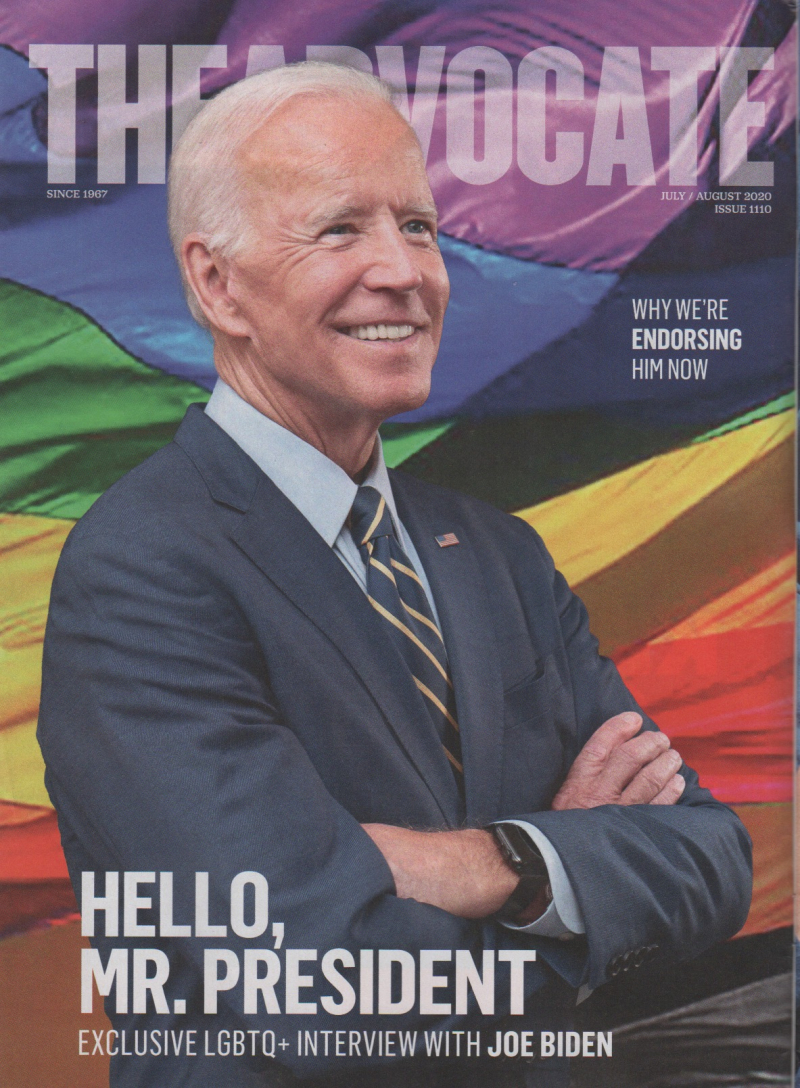 Just got my print edition of The Advocate (July/August) today, and in it the LGBTQ paper of record (if one still exists) endorses Biden for president, underscoring the fact that his is “the most pro-LGBTQ+ platform of any major-party nominee in history.”

In his interview with the venerable publication, he says:

We have to build back better. What was then considered normal was not sufficient. We have an opportunity now, unlike any time since I've been involved in public life ... to actually make some serious and significant systemic changes in terms of allowing people to work with dignity and be treated with dignity and paid decently as well as going after institutional racism, dealing with homophobia.

... It's not just getting rid of the bad stuff [Trump's] done, but [we have to] do so much more to move it, so it can't be changed by a future president.

I look forward to radical change from the guy the other side is unsuccessfully trying to paint as a frothy-mouthed Socialist.

P.S. The interviewer on the Biden piece has written critically of him in the past, a testament to his willingness to talk to critics, unlike Trump, who invents belittling nicknames for them and tries to get them canned.