BELOW: Keep reading for tennis thighs, Trump's authoritarian promise and decision to use the White House as a funeral parlor, Biden's big night, Rose McGowan's lunacy and more ... 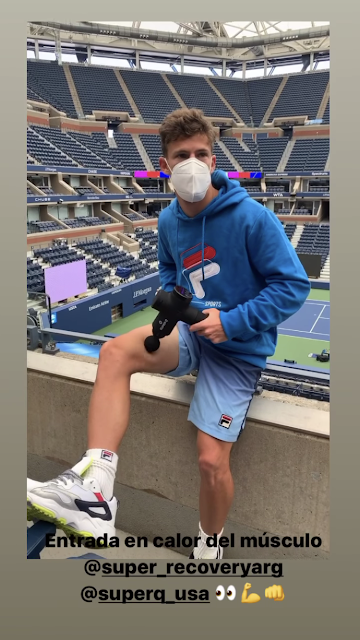 KENNETH IN THE (212): Flushing Meadows fills with sexy tennis pros.

FORBES: So interesting! Apparently, queer characters existed in popular oral fairy tales at least back to the 19th century, but when all the oral stories were being catalogued (a period from about the 1850s-1920s, with an update in the 1950s), one person — an avowed homophobe — chose to exclude gay stories, deeming them perverse. I had no idea of the history of how fairy tales were captured. Best of all, a distinctly queer tale actually was preserved — and it involves a sailor and a hot prince. (pictured in 2019 with Lorna Luft) is abjectly apologizing for, and disavowing, his old racist and transphobic jokes — and also explaining ... which is allowed. Key takeaways:

... these tweets just sound racist and awful. I'm embarrassed by them. They make me sick to my stomach, in fact, and I deeply apologize to anyone I offended ...

... I was searching for my comedy voice, my persona, and I was emulating styles and jokes of people that I was seeing in the mainstream ...

... I am in no way a racist. I am in no way transphobic. I’m a gay Jew who was brought up in a very open, accepting family. There is not a racist or intolerant bone in my body. When I say that I have evolved with the times, I mean that my comedy has. I did not need to be taught not to be racist or transphobic because I never was.

He also points out that his wildly popular political satire may have put a target on his back as we near election time, though the person who first exposed the tweets was a leftist trans person, and I don't think Randy helped himself by blocking prominent community voices asking him about the tweets.

Still, I think he waited to have his say exclusively with the LGBTQ paper of record, and I do feel his comments are sincere. But I think when people say or do something that genuinely offends, it's hard to win back affection or trust from those they offend. There are a lot of pretend-offendeds, and also — weirdly — a lot of LGBTQ people rushing to say they never liked him and suspected something was off about him. Sorry, but while his old jokes were gross, you guys are just assholes.

(Total tangent: I found it especially eyebrow-raising that Trinity didn't accept his apology. With the exception of an ill-advised Danny Bonaduce stand-up set I went to around 1990 (OMG — his set was drenched in jokes about the transgender hustler he beat up), the most inappropriate and shocking humor I've ever heard has been from drag queens. Mostly, it was in character, as Randy is talking about, and as with insult comics, it's usually accepted. But I wonder how long before drag queens' past sassy comments are analyzed — and how long until drag itself is deemed an offense.) 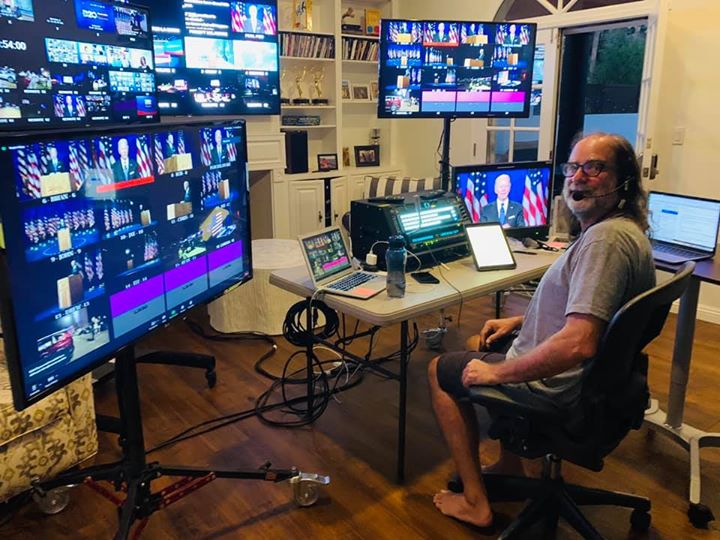 FACEBOOK: Meet the dude who directed that absolutely stellar DNC!

JOE.MY.GOD.: Tulsi Gabbard is ever-so-pissed she was snubbed by the DNC. To be fair, though, she is compromised trash.

CBS NEWS: Former Vice Chairman of the Postal Board of Governors David Williams testified before Congress Thursday that Trump and Mnuchin have deliberately slowed the mails:

[Mnuchin] was using that responsibility to make demands that I believed would turn the Postal Service into a political tool, ending its long history as an apolitical public infrastructure.

John Warner, seen here in 2018, is the dean of Virginia Republican politics — and is among the letter's signers. (Image by Jill Palermo)

NPR: A group of over 70 former national security officials from the Reagan era through the Trump era have released a damning letter declaring Trump a security risk:

We are profoundly concerned about the course of our nation under the leadership of Donald Trump. Through his actions and his rhetoric, Trump has demonstrated that he lacks the character and competence to lead this nation and has engaged in corrupt behavior that renders him unfit to serve as President.

YAHOO! NEWS: Trump continues to soil the White House on his march toward oblivion, opting to hold a private funeral for his brother on the premises — marking the first time a dead body has been brought to the White House since Kennedy was assassinated. Kennedy ... Robert Trump. Revolting.

TWITTER: Your friendly reminder that batshit-crazy Rose McGowan is a registered Republican who is still advocating against Democrats.

THE HILL: Trump threatens to send cops and lawyers to the polls to protect against imaginary voter fraud.

POLITICO: All but confirming his former DHS chief of staff's accusation that he refused aid to Californians affected by wildfires because they're in a blue state, Trump is now openly blaming the state for its fires. “You gotta clean your floors, is his advice.”