ABOVE: Because masks aren't sexy.

BELOW: Keep reading for some hose up in here, a great way to cure your wet-ass pussy, a Kodak scam, an LGBTQ+ voting initiative and more ... What a Broady of work! (Image via video still)

something is up with all these Liam Broady sexy-time videos.

OKLAHOMAN: Gay man was beaten for being gay ... but it doesn't meet Oklahoma's standards for being a hate crime.

BILLBOARD: Ben Shapiro reading the lyrics to “WAP,” repulsed, in that tinny voice of his — and then claiming having a wet-ass pussy is a sign of a medical condition (so sayeth his ... wife), is a self-own for the ages.

MOTHER JONES: Did billion-heir George Karfunkel illegally profit by giving away shares in Kodak to a sham organation? Did the Trump White House help? Of course there was a hydroxychloroquine connection:

In late July, a wild chain of

events occurred when the Trump administration decided to give Eastman Kodak, the film giant that went bankrupt in 2012, an unprecedented $765 million government loan through the Defense Production Act. Under this deal, which President Trump touted, the company would manufacture ingredients for an assortment of drugs, including hydroxychloroquine, the antimalarial drug Trump has repeatedly promoted—without scientific support—as a treatment for COVID-19. The agreement was officially announced on July 28, but the previous day, the price of Kodak’s stock began to surge, following local media leaks about the loan in Rochester, New York (the home of Kodak). This buying frenzy continued for a couple of days. During that time, billionaire investor George Karfunkel, a member of Kodak’s board of directors, made an unusual transaction: He donated 3 million Kodak shares—worth up to $180 million at the time—to a relatively new Jewish congregation that has almost no public profile.

This Mother Jones scoop is fascinating; it explores the deviousness of the rich and powerful, who apparently spend all their time concocting ways to become ... more rich and more powerful. Bro, if I had nine or ten figures to my name, I would not even be sweating tax write-offs and financial scams.

USA TODAY: The lineup of speakers for the DNC is out, and some are claiming that because Kamala Harris is listed but Susan Rice is not, that means Rice is the VP pick. However, schedules shift and I don't think, minus being the running mate, Rice would have spoken anyway. I hold out hope for Harris. The speakers are all over the map, from Bernie Sanders to John Kasich, the Clintons, the Obamas, Cuomo, Whitmer, Gwen Moore, Jim Clyburn — it's definitely a united-feeling slate. Yes, it's paying off. (Image via selfie)

JOE.MY.GOD.: Trump's cool with Russians putting bounties on U.S. servicemembers' heads, but some NBA players he wants to single out as “nasty,” “dumb.” 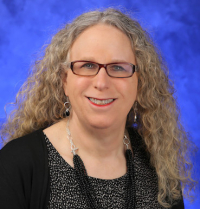 HUFF POST: Oh, yeah, please rush me some of that clinically untested Russian COVID-19 vaccine. I'm not surprised to read that Putin himself hasn't been inoculated — but that he's had one of his daughters play whatever's Russian for “guinea pig.”

INSTAGRAM: Meidas Touch is collaborating with Vote Proud to get LGBTQ+ voters off their asses to vote in less than 90 days. Over half of us didn't vote in 2016, which blows my mind. Get your priorities straight — or shut up when you're being tossed into prison for being gay. If that doesn't motivate you, then listen to Barbra Streisand:

EXTRATV: Alyssa Milano brushing her hair and showing us how it is falling out in clumps post-coronavirus is a serve.

He did this number from Mitzi's bizarre and amazing Mitzi ... A Tribute to the American Housewife (1974) with which I remain obsessed: